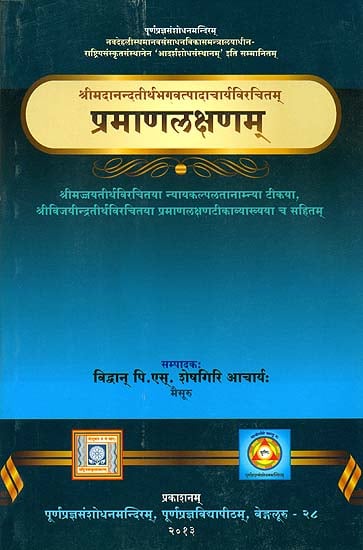 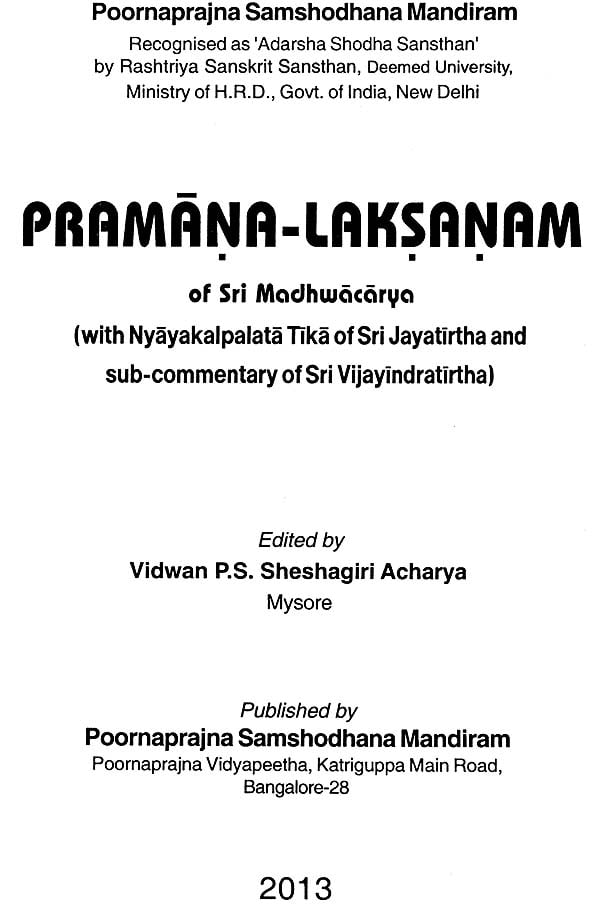 The Dvaita Vedanta has made unique contribution to Indian Epistemology. Most of the Indian scholars were of the opinion that the Madhva Epistemology had been influenced by Nyaya system and hence lacks creativity in thoughts. This is absolutely a wrong concept. Dvaita system is totally basedon ancient and authoritative system of logic- Brahma-tarka of Narayana, which is condensed by Lord Vedavyasa in his texts. Definition of knowledge and delineation on the instruments of knowledge is a very interesting discussion in Dvaita philosophy. Nyaya system of Indian philosophy says that “Valid cognition is Pramana”. Sri Madhva remarks- “Yathartham Pramanam”. The meaning of this definition as follows:

That which records or recognizes (grasps) a thing (substance) is called Pramana. Definition of Pramana in Dvaita system covers both the knowledge and its instruments as well. The knowledge in its true form is called Kevala- pramana and its instruments are called Anu-Pramanas. The definition of Pramana given by Sri Madhva is more comprehensive than any definitions attempted by other systems of Indian philosophers. Defect less perception (Pratyaksha), inference (Anumana), and verbal testimony (Agama) which gives rise to correct knowledge are called Anupramanas.

Yet another distinction in the Ayogi Jnana is Svarupa-jnana (knowledge which is the very nature of selfhood) and Vrtti- jnana (sensory knowledge gained by means of internal and external senses). There is an interesting discussion on definition and demonstration of Svarupa- jnana and Vrtti-jnana in Dvaita philosophy. Highlights of Madhya-thoughts are as follows:

B. The perception (Pratyaksha) is of seven forms (Kinds). This distinction is based on the fact that perception can arise out of seven sense organs (Indriyas). The Sakshi is called Atmasvarupendriya (The Self by itself acting as an Indriya or sense) which comprises of valid perception of its own self and its attributes like bliss, consciousness etc., of mind and its modifications, perceptual knowledge gained through external senses. The Sakshi of Self-sense recognizes the time, space, God, Avidya (Ignorance), Dharma (Piety), Adharma (Sin) and others.

D. No compulsion of Pancha-avayavas (Five- Membered Syllogism)
The Nyaya School advocates that an argument has to be represented using the five-membered syllogism consisting of Proposition, Reason, Illustration, Co-relation and Conclusion. Sri Madhva Proves on Common experience that a strict rule to advocate all the five steps is not a matter of compulsion. Such an usage is only for details presentation and not a necessity.

E. Virodha (Contradiction) and Asangati (Irrelation) are errors of inference.
The Nyaya School considers a number of fallacies related to the inference. However, Sri Madhva remarks that all those numerous fallacies may very well be accommodated within just two fallacies namely Contradiction and Irrelation. If at all the invariable concomitance and others are violated, it would come under Contradiction. If the Reason and others are absent in the substratum, it amounts to Irrelation. This is the most wide and easiest of classification.

F. Yogyetara-anvittabhidhanavada (Theory of connotation by words with relation)
Words broken by themselves do not give rise to any credible meaning. However, a mere relation of words which do not have a meaning too cannot give rise to a composite meaning of a sentence. Improper relation is an another defect. However, when a sentence yields a composite meaning, it happens by the words which are bound or interlinked with a proper relation which is justified. This unique theory has been forwarded by Sri Madhva.

All these thoughts were explained in Pramana-lakshana of Sri Madhvacharya, Sri Jayatirtha Swamin wrote a valuable commentary on Pramanalakshana-prakaran, which focuses light on Madhva Epistemology as well as on other branches of Indian philosophy. Sri Vijayidratirtha Swamin contributed Bhavavivarananam sub-commentary on Pramanalakshana-teeka which was till now unpublished and unknown to the society of Madhva tradition. Sri Vijayindratirtha Swamiji has contributed more than 104 works in different branches of Indian philosophy and Madhva tradition- “Chaturadhika- shata-grantha-praneta”.

Vidwan P.S. Shesshagiri Acharya critically edited this text with two manuscripts. Both manuscripts are broken an mistakes were found in the writing of the script. Vidwan Sheshagiri Acharya, with his rich experience in editing of the rare and valuable manuscripts and mastery on Dvaita Vedanta, edited this work with valuable notes. Vidwan Krishnamurthy, son of Late Prof. S.V. Bhima Bhat, a well-known scholar of Dvaita Vedanta, has brought a manuscript from Sode Mutt, Udupi and recorded various readings of the manuscript. I express my gratitude H.H. Sri Vishvavallabhatirtha Swamiji of Sri Sode Mutt for rendering the manuscript. I also record my gratitude to Vidwan Krishnamurthy, who has taken pain in recording the readings. I have no words to express on creativity of P.S. Sheshagiri Acharya, who has critically edited the rare and valuable manuscript.

I prostrate with sincere devotion to Sri Vishveshatirtha Swamiji who has been guiding the activities of the Samshodhana mandiram for its all-round development.

I sincerely thank Prof. Radha Vallabha Tripathi, Vice-chancellor, Rashtriya Sanskrit Samsthan, New Delhi, who evinces keen interest in all the activities of Samshodhana Mandiram and lends a helping hand whenever we approach him. I also express my gratitude to Prof. Subbaraydu, Registrar of Rashtriya Sanskrit Sansthan and Dr. Prakash Pandey, Head of Adarsha Scheme, for continuous encouragement in development our institutions’ activities.

I express my gratitude to Prof. K. Hayavadana Purnik, Chairman of Poornaprajna Samshodhana Mandiram for his whole hearted support for our academic activities. I also express my gratitude for Prof. D. Prahlada Char for valuable guidance in the development of institution.

I thank M/s. Vagartha Printers who have printed this book very nicely, in a short time. I am sure they will extend the same co-operation in future also. 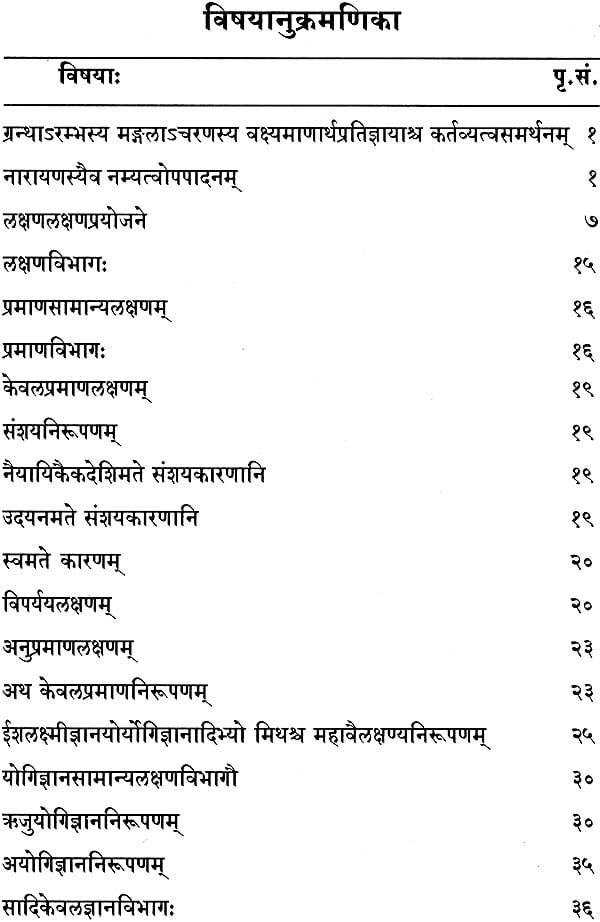 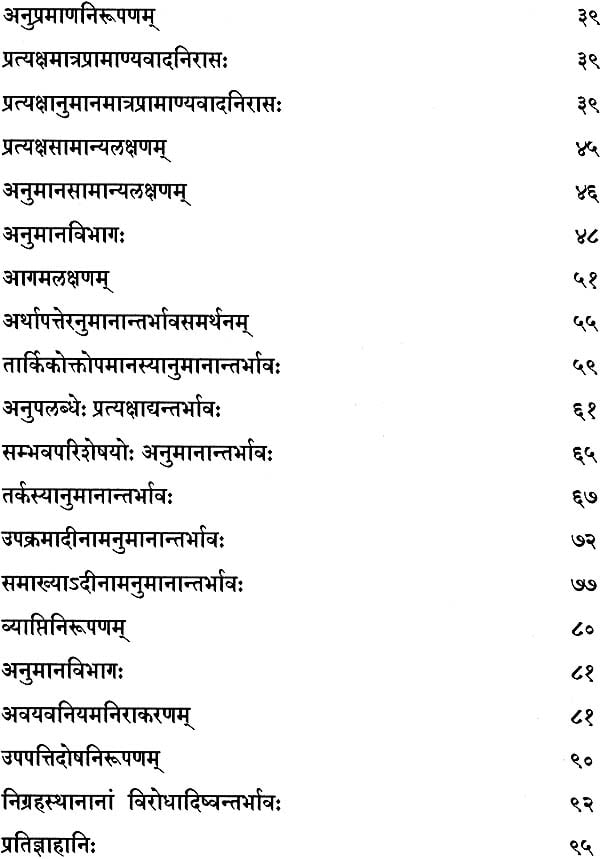 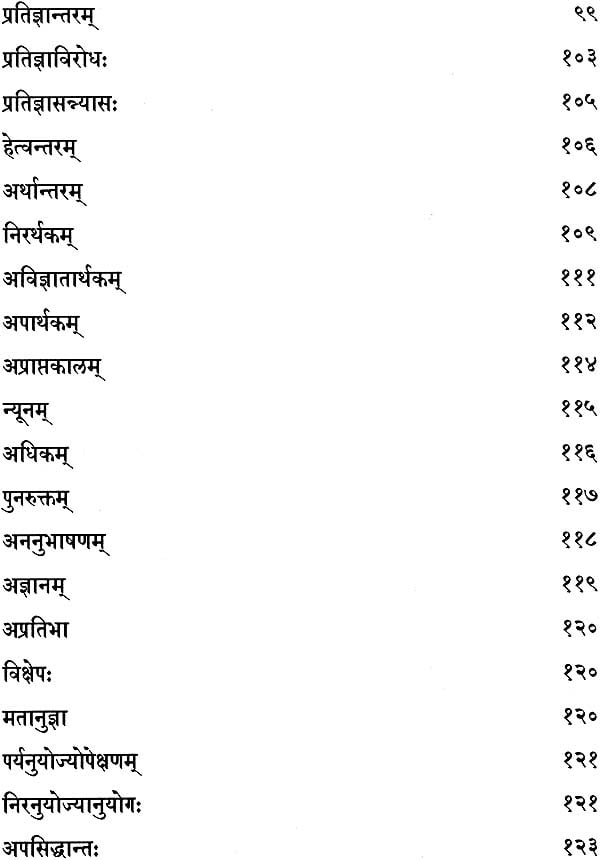 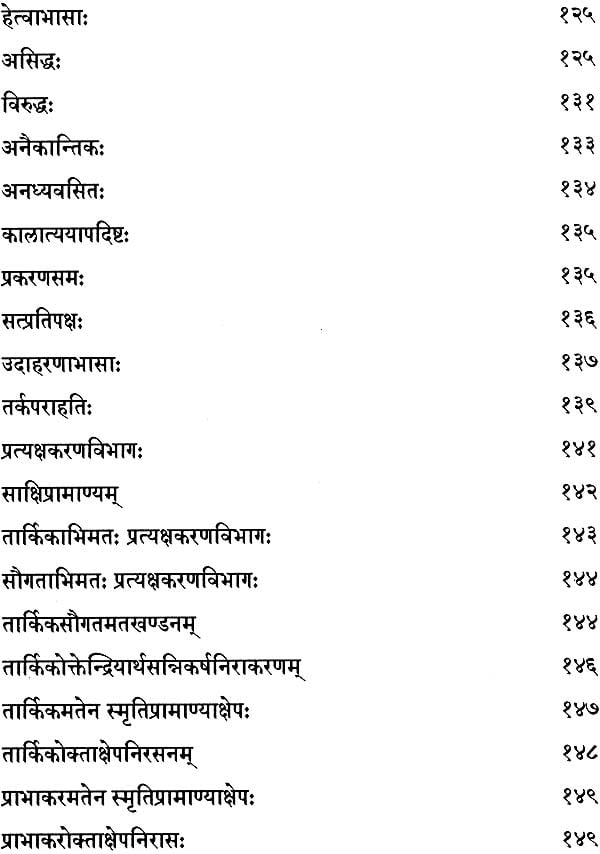 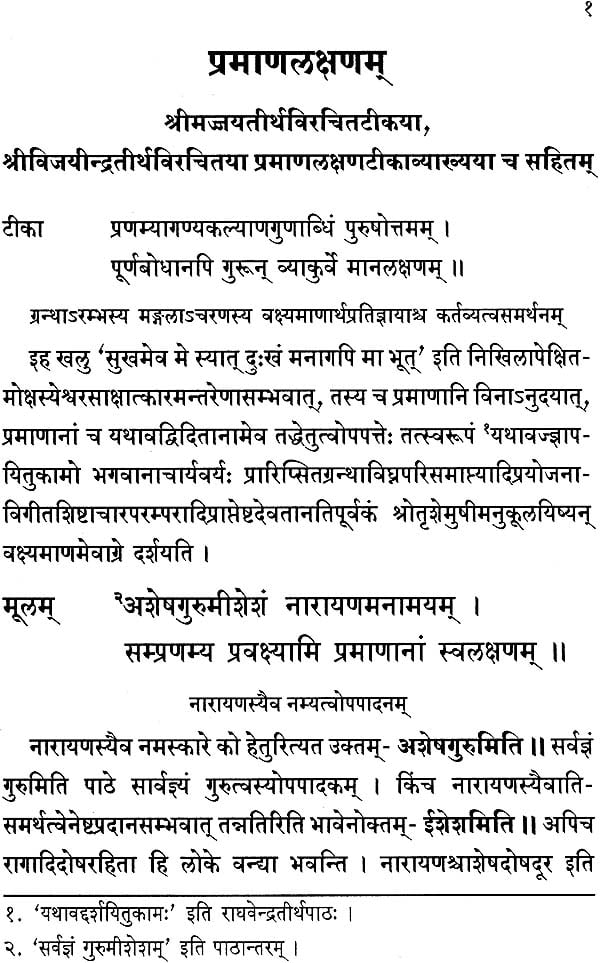 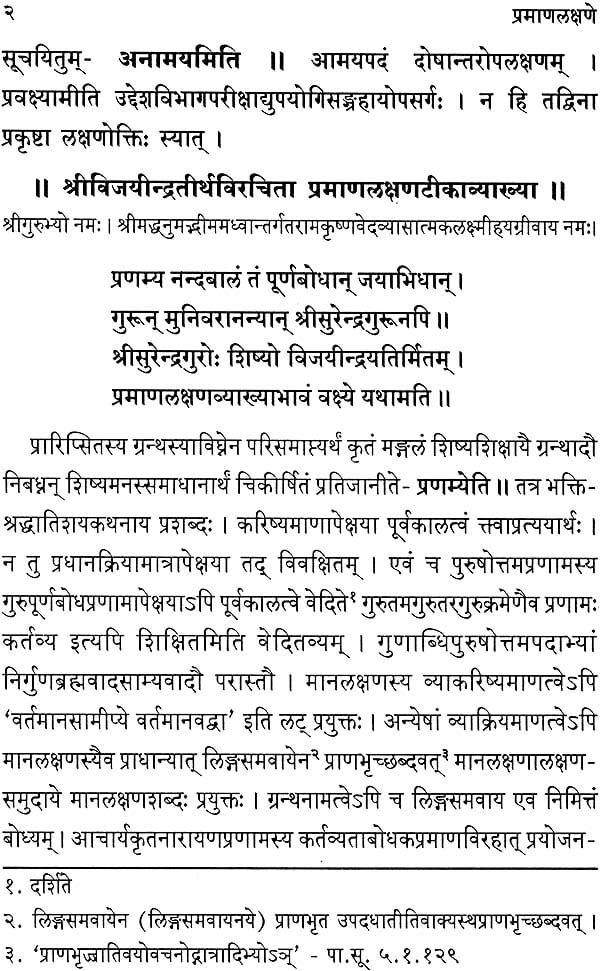 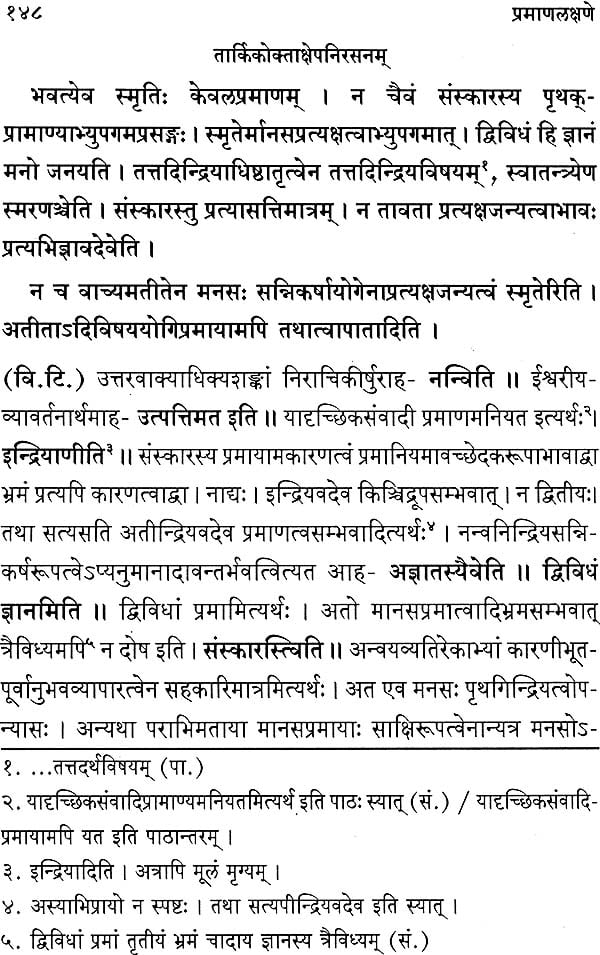 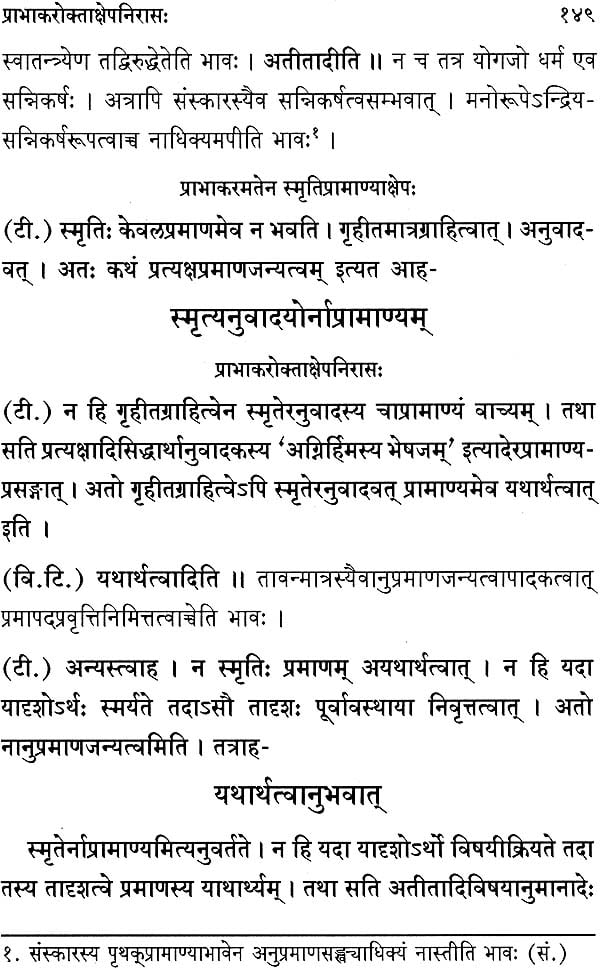 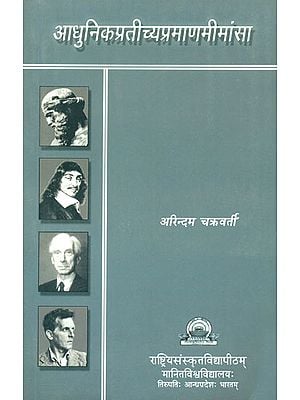 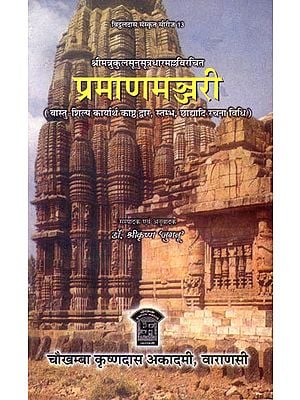 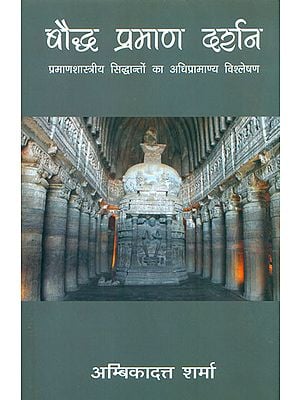 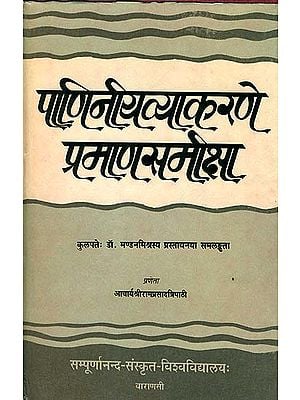 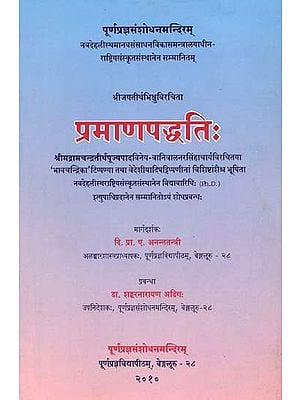 प्रमाणपध्दति: Pramana Paddhati of Sri Jayatirtha (With the Bhavacandrika of Sri Vanivala Narasimhacarya and Selected Parts of other Six Commentaries)
By Dr. Shankaranarayana Adiga
$31
FREE Delivery 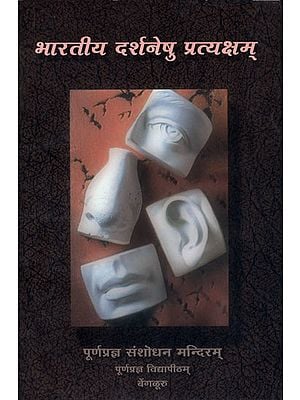 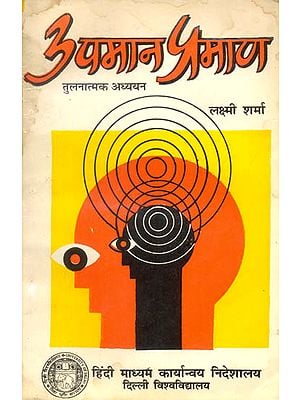 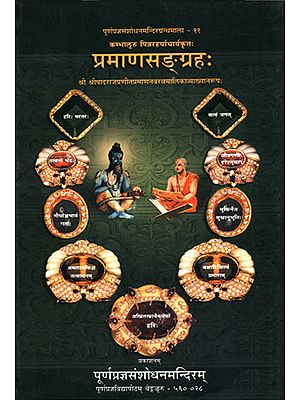 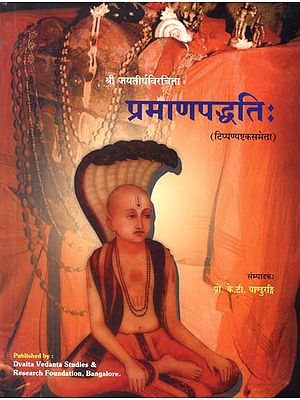 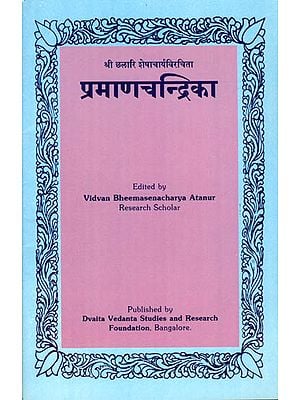 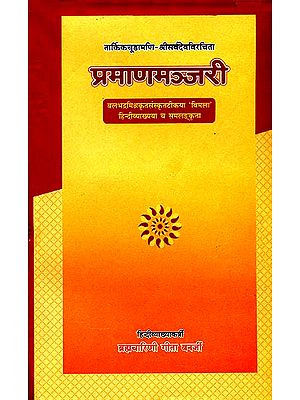