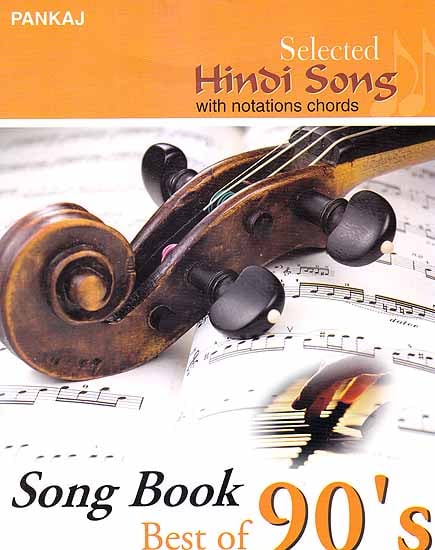 Best of 90’s
The decade of 90’s known to be rejuvenating era for music in Hindi Cinema. Hindi Film Music lovers from all over the world, refreshed by the welcoming return of melody in the music, composers, like Nadeem-Shravan, Anu Malik, A.R. Rahman and many more, evolved their own styles and patronage to form new trends in modern melody. This book is a compilation of some of the best song lyrics of this decade along with their Notation and Chords, to practice on your instruments. A real treat to the music lovers, the lyrics, the lyrics are not only in Hindi but also in Romanized form for the Non-Hindi Readers.

Dear readers, we have compiled this book after a great research on the particular requirements of various music learners’ throughout the world. The book is the result of the loyal feedback of our regular readers and music learners. We have made the series a package for all kind of readers, whether they know Hindi language or don’t. The book is written in two languages, Hindi and Romanized form of Hindi, i.e. Hindi written in English letters, to cater the vast group of people, who are great fan of Hindi film songs and don’t know to read the language, Hindi. Music and poetry are like air and water, the elements and emotions of life, they should not know any barriers of language and regions. This is a well known fact that there are a plenty of people throughout the world who, without knowing the meaning, can sing a complete Hindi Song in a fine language. Our book is gift to all those expectations of people who ever wanted to have a collection of their favorite songs in the language they can read and hum along. Above all, it contains the notations of the songs in such a manner, that even a novice or a beginner can play his song very easily. The songs also contain the chords of Spanish guitar, that anyone who knows to play guitar can play his songs easily. 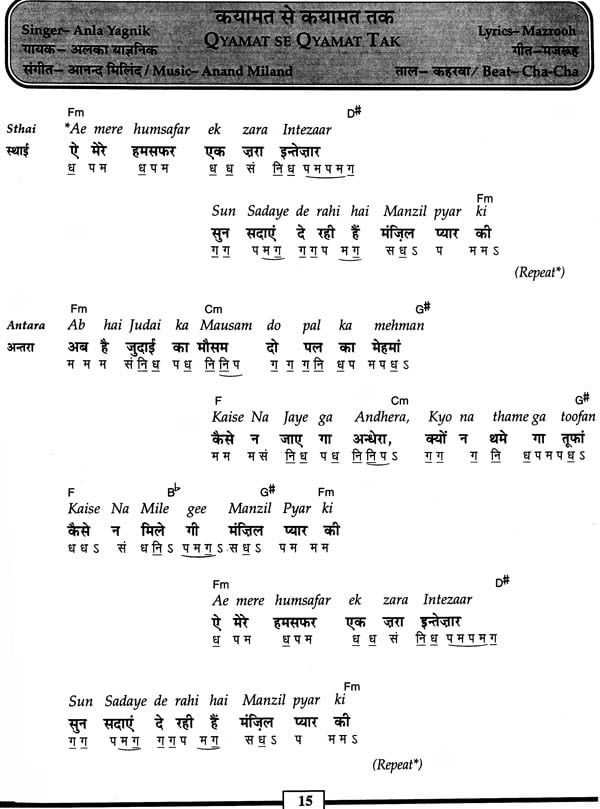 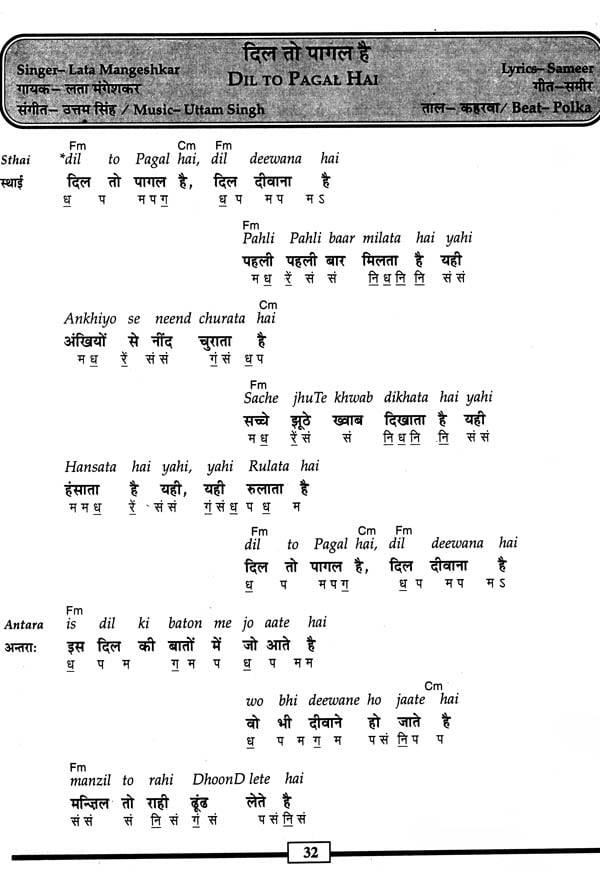 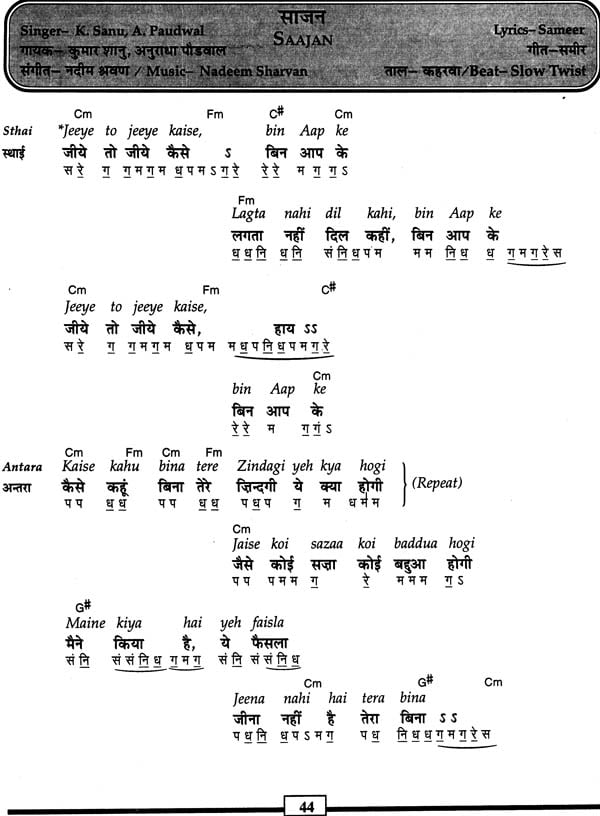 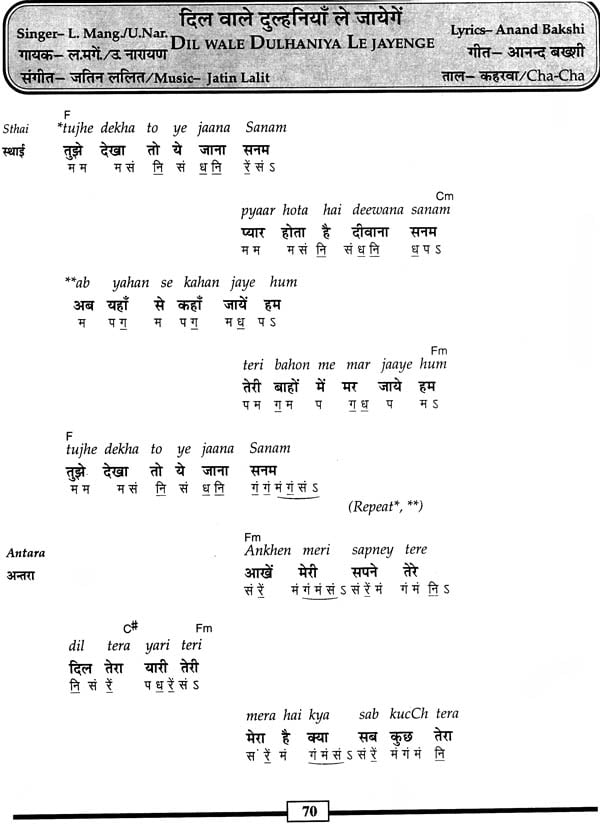 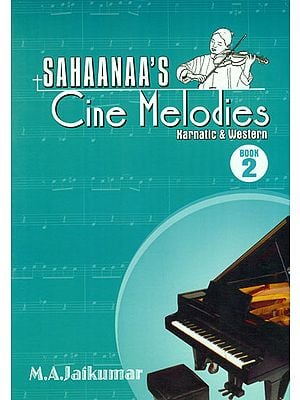 Swaraanginee - Composition in Moring, Afternoon and Evening Raags of North Indian Classical Music with Notation (With CD Inside)
By Dr. Prabha Atre
$43.80
FREE Delivery
$73  (20% + 25% off) 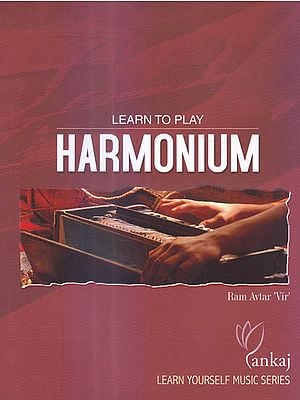 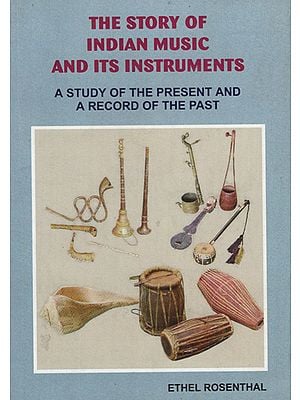 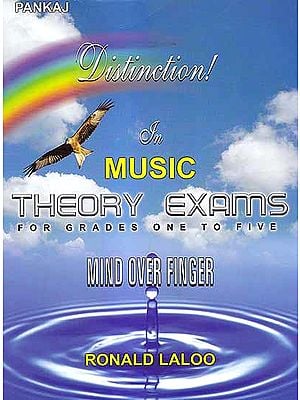 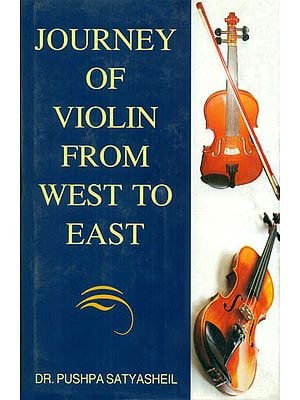