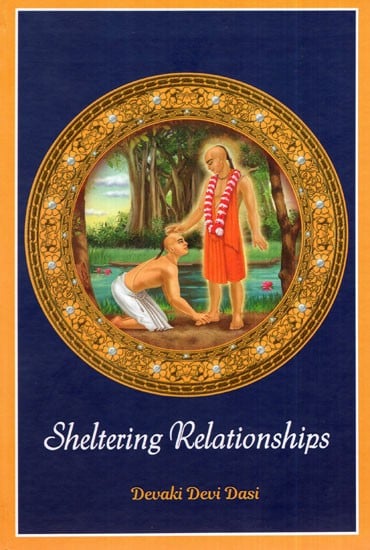 One who gives personal instruction to each and everyone does more for others than the platform speakers do. Generally, whatever platform speakers say cannot solve the problem of everyone in the audience, nor can it always benefit every individual. A person's defects are better rectified in a private tutorial class or private coaching than in hearing lectures in a school or college. Therefore those who instruct particular persons separately can award them something more permanent.

Devaki Devi Dasi was born in Germany in 1958 and after a long journey of searching, joined ISKCON in Sydney, Australia in 1985. She spent four years in the Sydney brahmacharini-ashram, learning the basics of devotional life. She took initiation from Bhavananda Prabhu and later re-initiation from Prabhavisnu Prabhu. She is now a disciple of His Holiness Niranjana Swami Maharaja.

During her ten years in married life (1989–1999) she preached in Riga, Latvia, and spent adventurous years in helping to pioneer the first more organized temple in the former Soviet Union. In 1999 her husband remarried a non-devotee, and Devaki Devi Dasi then became a renounced traveling preacher, spending six months per year in India and Bangladesh, and the other six months in various countries around Western Europe, Ukraine and Moldova. Recently she has been expanding her preaching and also visits North America. In the past, Devaki Devi Dasi was also fundraising for the development of various projects and holy places in Nepal and Bangladesh.

In Bangladesh she is actively involved in the IYF student preaching, conducting seminars and IYF festivals under the guidance of His Holiness Bhakti Purusottama Swami Maharaja.

During her years of service in Bangladesh, she developed deep insights into Vaishnava culture that have enriched her spiritual practice and inspired her preaching. She is sharing this wisdom worldwide in the courses entitled Exploring the Roots of Spiritual Culture as well as in her first book Spiritual Culture-Krishna's Divine System.

In Ukraine she has served under the expert guidance of His Holiness Niranjana Swami Maharaja, spreading the culture of care for the past eighteen years: on a personal level by serving as a spiritual guide and mentor to many devotees, by assisting devotees to become spiritual guides themselves, and by lecturing and conducting seminars.

Any devotee who is a little observant and has been active within ISKCON for a good number of years may have seen a certain phenomenon taking place in most communities around the world: so many people come to Krishna consciousness, they stay around for some time, but then somehow or another many of them fade away. And we may not see them any longer. Sometimes, when we re-visit a temple after fifteen or twenty years, the only personalities familiar to us are the Deities. All other faces are new.

Once when re-visiting a community after fifteen years, where I had spent a considerable amount of time in the beginning of my Krishna consciousness, I was excited to visit after such a long period, expecting to meet old friends. Anxiously awaiting the first Sunday program, I could hardly see any old and well-known faces. I thought to myself: 'Surely, everybody will be there when our gurus and traveling preachers visit.' But again I was disappointed. I was anxiously awaiting the Janmastami celebration, and once again I had to ask myself: “Where is everybody....??

This experience disturbed my mind—I was trying to analyze what was happening. I couldn't stop wondering what we were doing wrong—why we could not keep devotees enthusiastically and actively involved for their whole life time.

In a letter to His Holiness Satsvarupa Dasa Goswami on 16 June, 1972, Srila Prabhupada instructs:

“You mention you like to speak now very often, but the first business should be to preach to the devotees. It is better to maintain a devotee than to try to convince others to become devotees.” 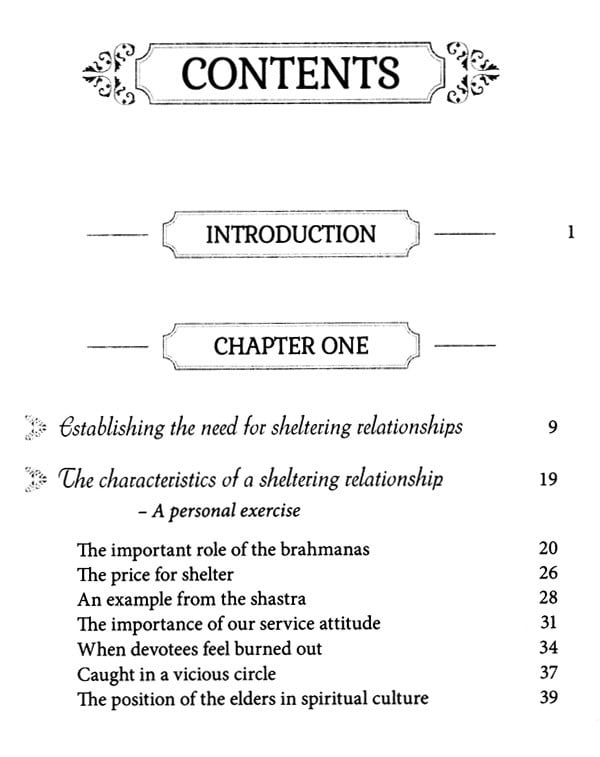 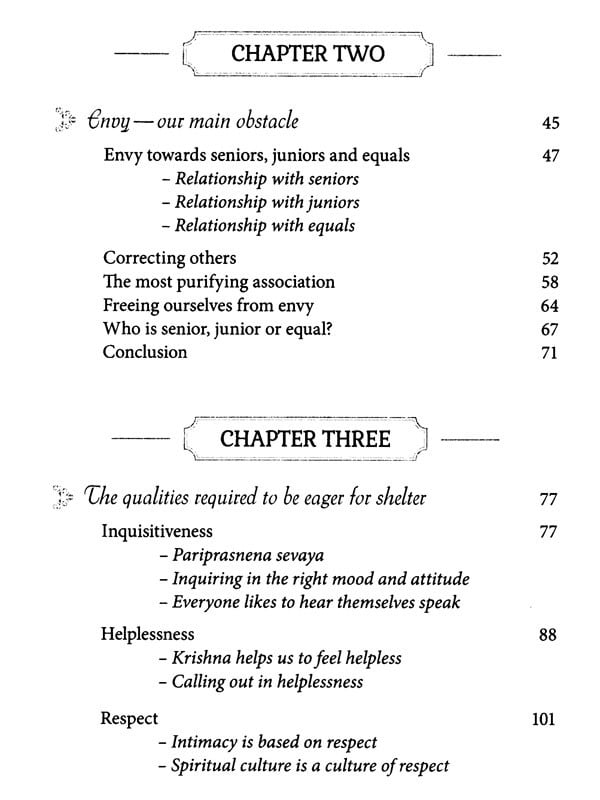 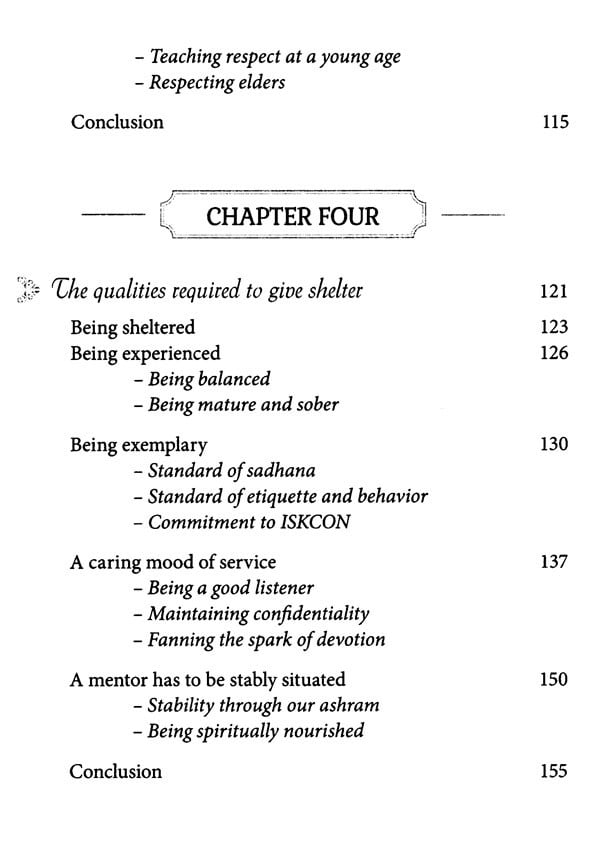 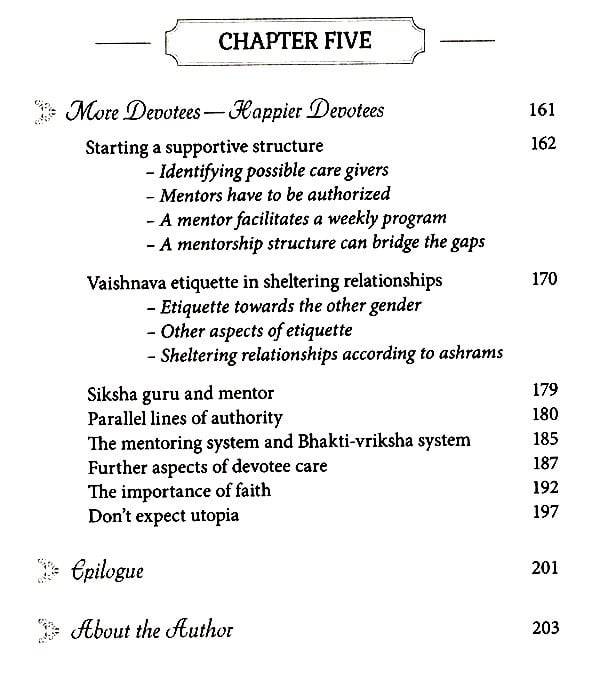 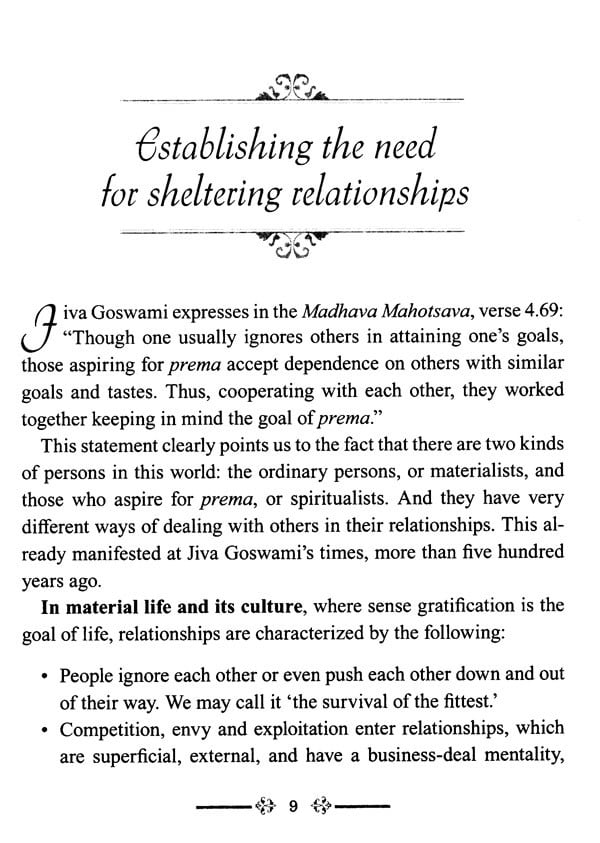 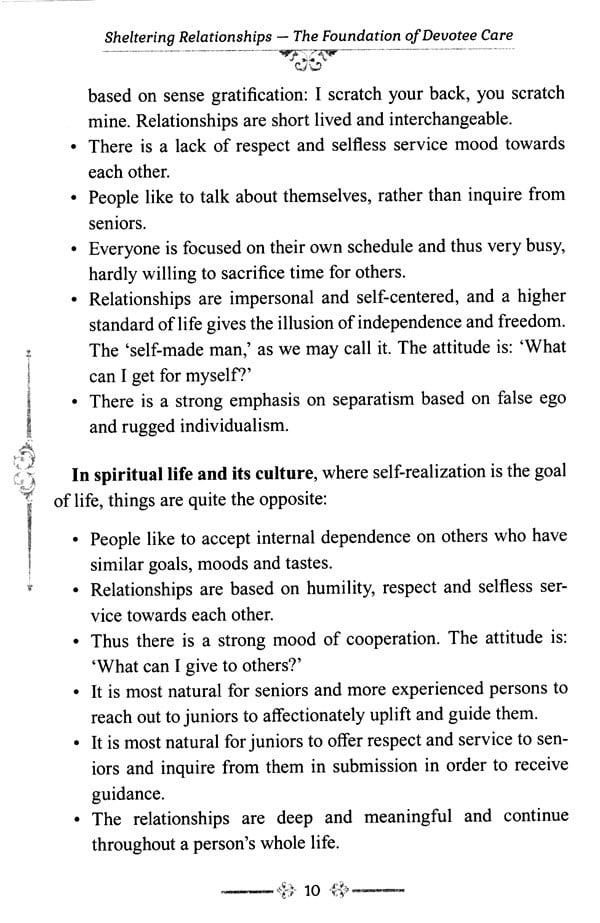 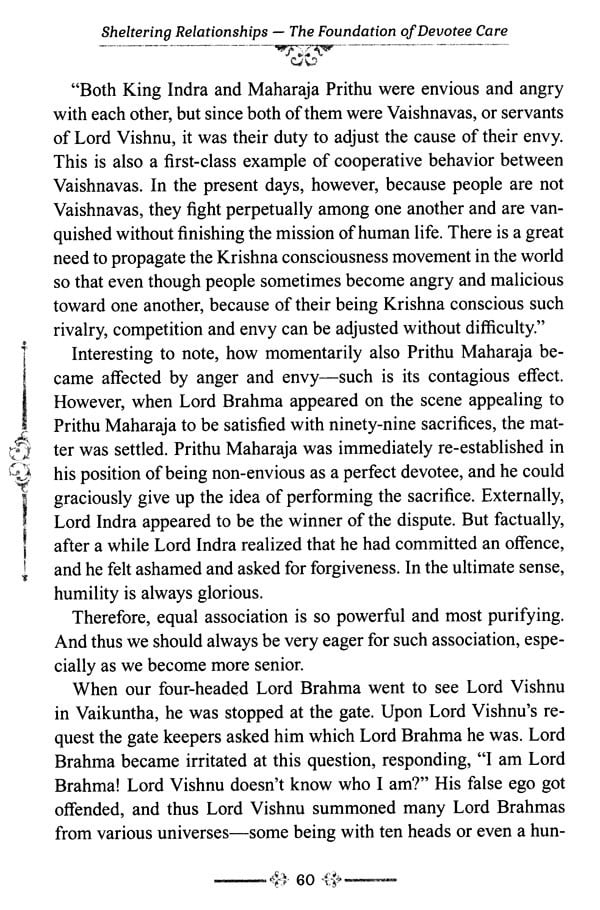 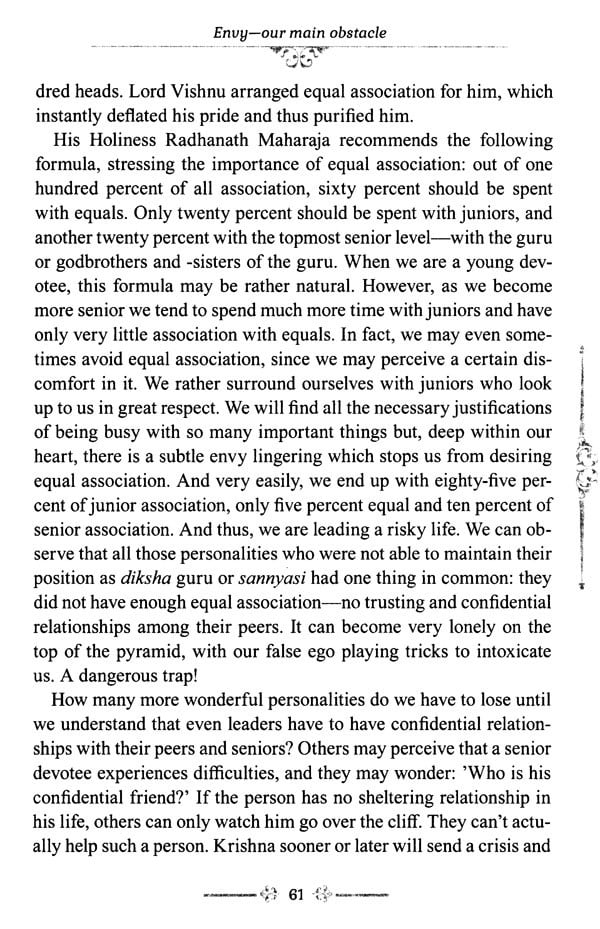 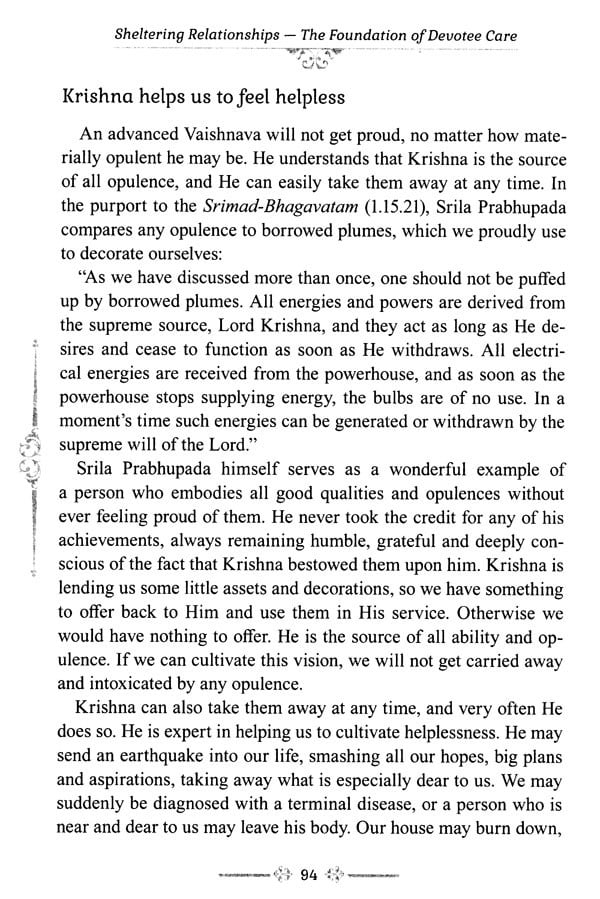 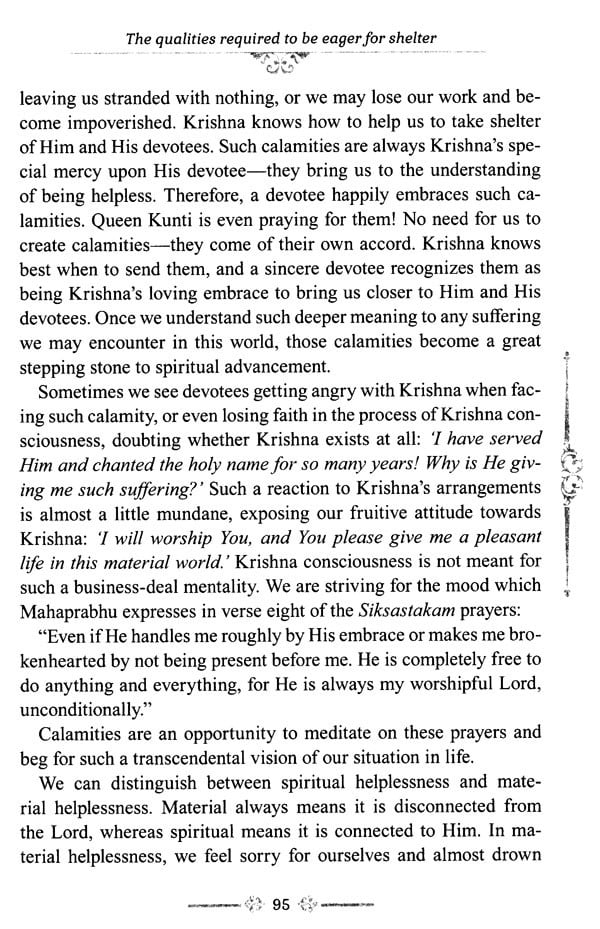 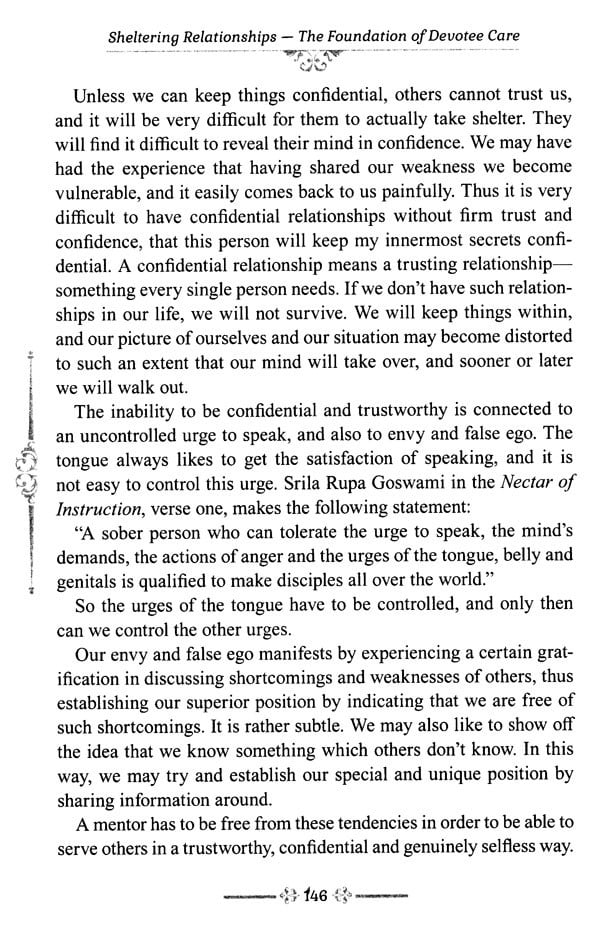 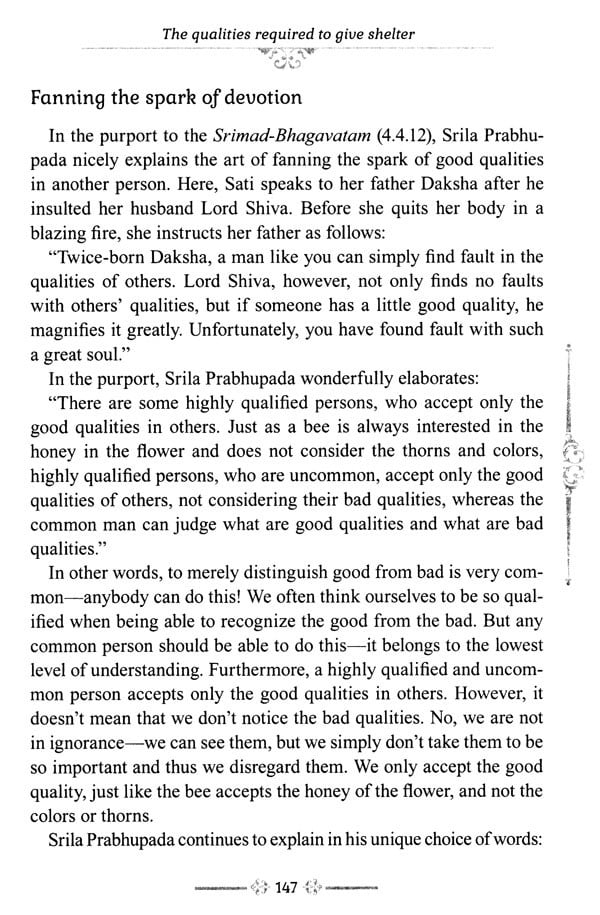