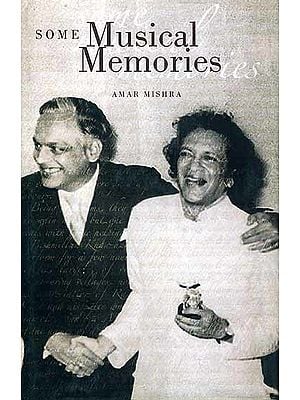 Personal memories of the author allow us a glimpse into the lives and habits of the great icons of Hindustani classical music. Some are still alive, others live on as legends. The author traces half a century of musical history through the lives of the great musicians who feature in the book. Some Musical Memories is both for aficionados of Hindustani classical music and the uninitiated. Anecdotal and humorous, this book is unputdownable.

"In his (Bismillah Khan's) music or In his personality, there is no pretence of any intellectuality. The appeal is only to the senses and his recitals are like a cascade of melody and even those totally unfamiliar with our classical music cannot remain untouched by Bismillah's music:'

"Amir Khan's renderings of various ragas gave .a whole new flavour to them but there are atleast two ragas, Marwa and Hansadhwani, to which he gave a new and unique colour and immortalized them. There is indeed a magical quality about them. Also he gave the tarana with generous use of Persian poetry, a new and unique form:'

When I was about twelve or thirteen my father noticed my great interest in classical music. This was, of course, confined almost entirely to broadcasts over All India Radio and the occasional playing of 78 RPM records on the gramophone. My father was pleased to notice this as he himself was fond of classical music though he had no formal training in it.

My father was a product of an austere Brahminical culture and of rather narrow Victorian values and he did not think very favourably of musicians or dancers. He strongly disapproved of the unconventional Bohemian lifestyle of artists generally and in particular, of musicians. He would talk of many families having been ruined by an excessive interest in the performing arts. It was, therefore, not too surprising when he advised me in those early years that while it was good to listen to good music it should be confined to listening to recordings or to Radio broadcasts without any kind of personal contact with the musicians. He thought that they would have an evil influence on me.

My father was not the only person having such strong beliefs. Most other people belonging to the bhadralok class held similar views. Most musicians and theatre personalities were often derided by that generation.

My father's advice, however, was observed in the breach and as it happened, the best part of my life was spent in the company of musicians. Despite his dire warnings, I was rather untroubled by any lifestyle problems that he had feared My close association with the ITC Sangeet Sammelan and ITC's Sangeet Research Academy rather fortuitously brought me in close tough with many great artists and enabled me to observe them closely. It is their human qualities which I have tried to record in this brief volume of Some Musical Memories.

For a long time my friends have been urging me to record my memories of those extraordinary people who have enriched our lives. I was privileged to hear the greatest music of our times and to interact with some of the greatest artist. Though I see no particular reason as to why anyone would be interested in reading about my personal associations, with some of these outstanding artists but is has been highly rewarding to record some of these observations because it helped me to recollect some rather interesting events and some wonderful experiences which were all but forgotten.

ITC's involvement in Hindustani Classical Music was almost entirely due o the vision of Mr. Ajit Haksar, the first Indian Chairman of this very large corporation. Mr. Haksar was not passionately fond of this kind of music although his family had, of course, had some interest in it and in his younger years he had heard a fair amount of it. As Chairman of ITC, a part of his endeavours was to give a concrete shape to its social responsibilities. He felt that as a large corporation, it was its duty to give back to society a little of what it had gained from it in its progress to prosperity. In this, it was a part of his vision to set up a "Shantiniketan" type of institution which would be largely educational but also contribute to society's cultural enrichment. A Sangeet Academy fitted into this scheme rather ideally. He was aware of my great interest in music and utilized my services to help plan such an institution. In this, he was also helped to very great measure by Vijay Kichlu, himself a well-known practicing vocalist, and also well-trained in corporate management. That setting up and managing such an institution was also personal dream of Vijay Kichlu, helped immeasurably in the setting up of the Sangeet Academy. Today, the remarkable success of the S. R. A. is a shining testimony to the great vision and the efforts of all in the best traditions of the Guru Shishya system, acknowledged to be the only method of imparting musical education.

Ultimately, the success of such an institution can only be judged by the quality and standard of its products. Today, undoubtedly the very best of the younger artists in the country are products of this institution. There are now about a dozen from ranking young artists who have graduated from the S. R. A. and each one of them has been receiving accolades throughout the country and therefore it is a matter of great pride for all of us who were associated with its founding. I believe special credit must go to Mr. Vijay Kichlu because, as the Executive Director of this institution, he was personally responsible for its remarkable success and will always remain its 'Father Figure'. The S. R. A. has ensured that our classical music will remain safe for many-many years to come with an assured inflow of talents. 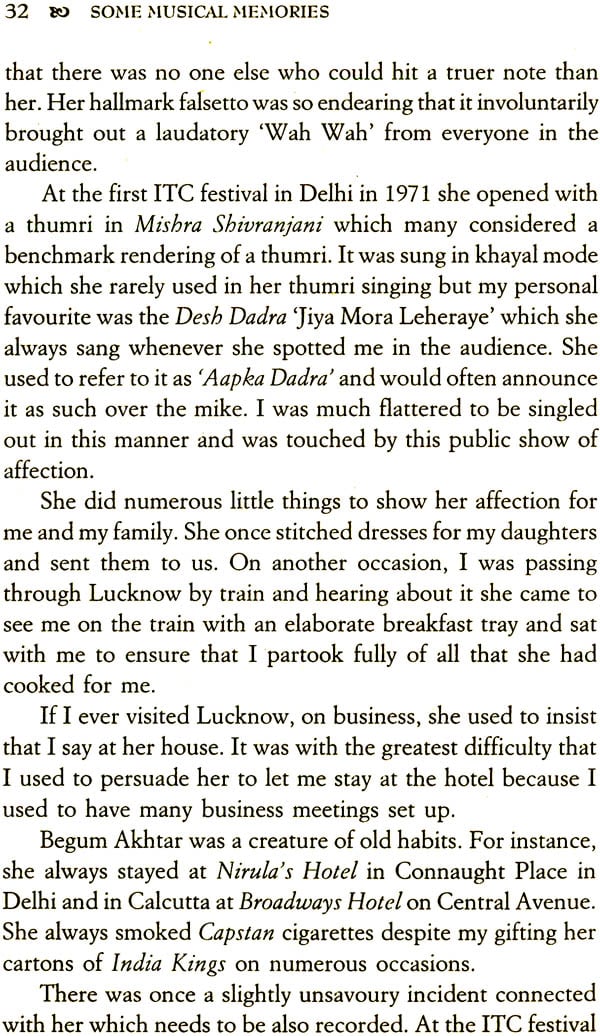 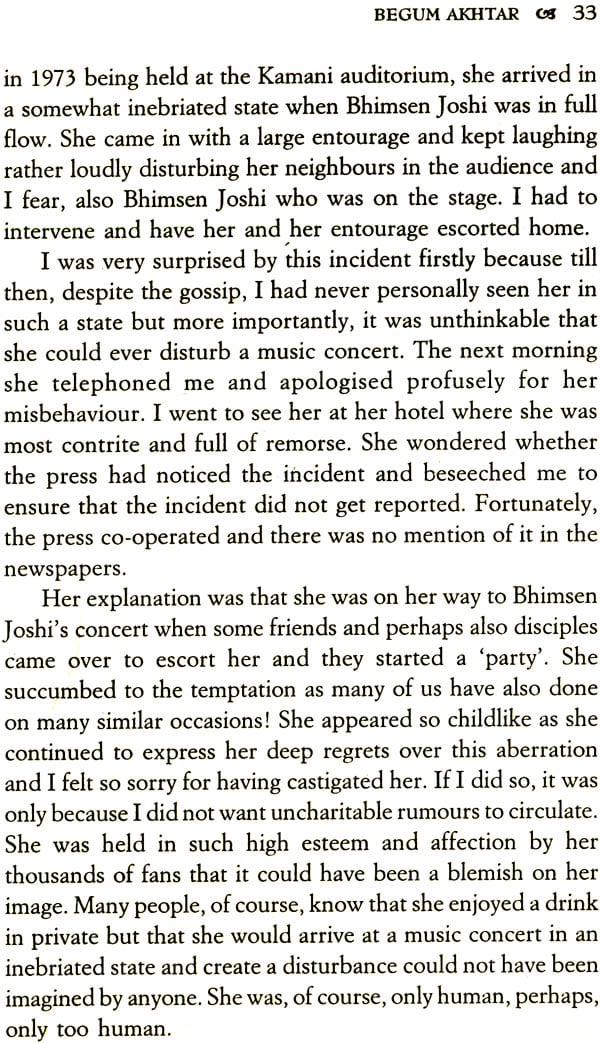 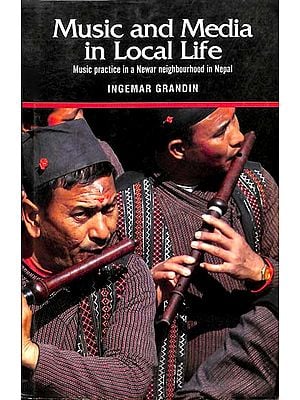 Music and Media in Local Life (Music Practice in a Newar Neighbourhood in Nepal)
By Ingemar Grandin
$58.40
FREE Delivery
$73  (20% off)

Elements of Western Music for Students of Indian Music (With Notation)
By Prof. P. Sambamoorthy
$12

Forgotten Chapters of Music (And 22 Krithis of Thyagaraja on The Science, Art and Beauty of Music)
By G. Dwarakanath
$31
FREE Delivery

The Traditional Music of Kashmir (In Relation to Indian Classical Music)
By Dr. Sunita Dhar
$19.20
FREE Delivery
$24  (20% off) 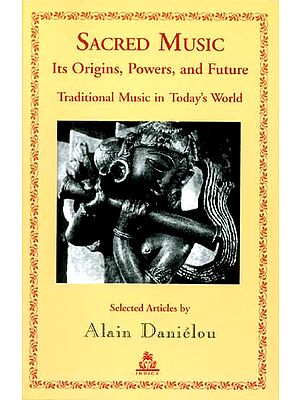 Time Measure and Compositional Types In Indian Music: A Historical and Analytical Study of Tala, Chanda and Nibaddha Musical Forms
By Subhadra Chaudhary, Translated into English by Hema Ramanathan
$40
Out of Stock