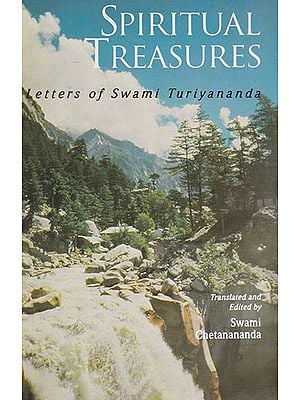 Swami Turiyananda's spiritual teacher, Sri Ramakrishna (1836-1886) was a man of unique intensity and wisdom; his deep spiritual realization, absolute devotion to the Divine Mother, and intuitive grasp of Vedanta philosophy made his example the guiding principle for numerous seekers in both India and the West.

Swami Turiyananda's spiritual teacher, Sri Ramakrishna (1836-1886) was a man of unique intensity and wisdom; his deep spiritual realization, absolute devotion to the Divine Mother, and intuitive grasp of Vedanta philosophy made his example the guiding principle for numerous seekers in both India and the West. After his death, his wisdom continued to take root and flourish in the lives, works and teachings of his disciples, each contributing fresh insights according to their personalities, strengths and weaknesses, occupations and experiences.

Swami Turiyananda (1863-1922) is a prime example of this vital spiritual discipleship. Still a teenager when he first met Ramakrishna, he became a monk at the age of 24, and devoted his entire life to the demonstration of Ramakrishna's basic insight: to live entirely for God is the core of the spiritual life, regardless of one's vocation or daily duties.

No matter how intense his meditations or great his labours, whether in Calcutta, in his work with Swami Vivekananda, while dwelling at holy and isolated sites around India, or while establishing an ashrama in California, Swami Turiyananda remained always in close communication with a wide variety of correspondents—other monks, lay disciples, scholars, assorted seekers, and a variety of ordinary people with real spiritual needs.

As we read his letters, simple in expression but rich in wisdom, compassion and common sense, we discern a teacher ready to speak a consoling word, extend a gentle rebuke, or ask a probing question depending on the need, but in every case always the guide eager to help people untangle and simplify their lives, to endure and learn from the inevitable ups and downs of the spiritual journey, to master the practice of meditation, and thus to grow steadily in union with God. Though expressed in different ways for different people, his message remained always the same: "No matter whether you are weak or strong, there is no other way than to surrender to God.... To see God in all beings is the main objective.”

Swami Chetanananda, already the author of numerous works bringing to the modern reader the lives and teachings of the monastic and lay disciples of Sri Ramakrishna, performs a great service by collecting in this one volume the quintessence of the letters of Swami Turiyananda, many of them appearing in English for the first time. This is a volume to be read slowly and savored reflectively; as an old monk once said: "Whenever you feel a dry spell, depression, or stagnation in the spiritual life, please read the letters of Swami Turiyananda; you will get a boost instantly.” It is truly an important addition to that classic genre of spirituality, “the letters of the saints.” 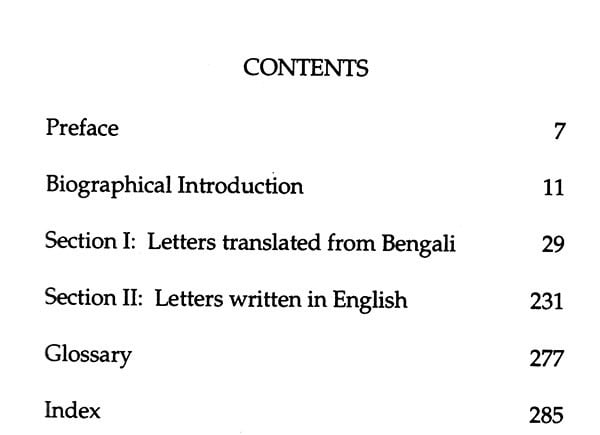 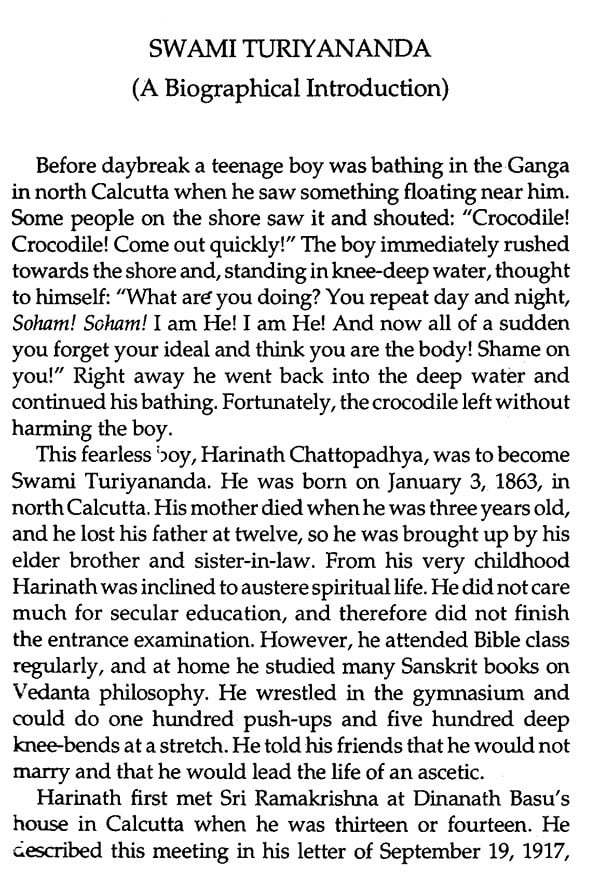 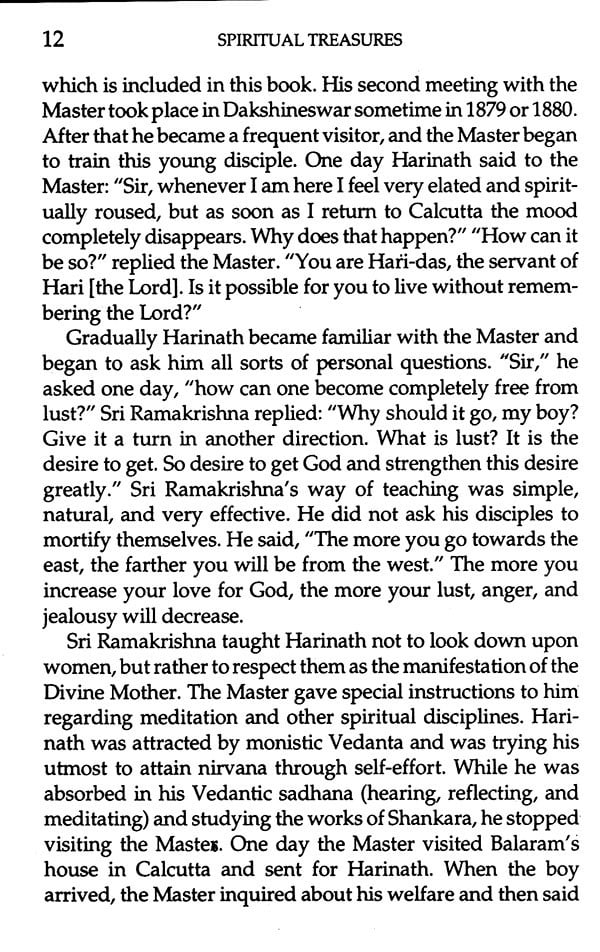 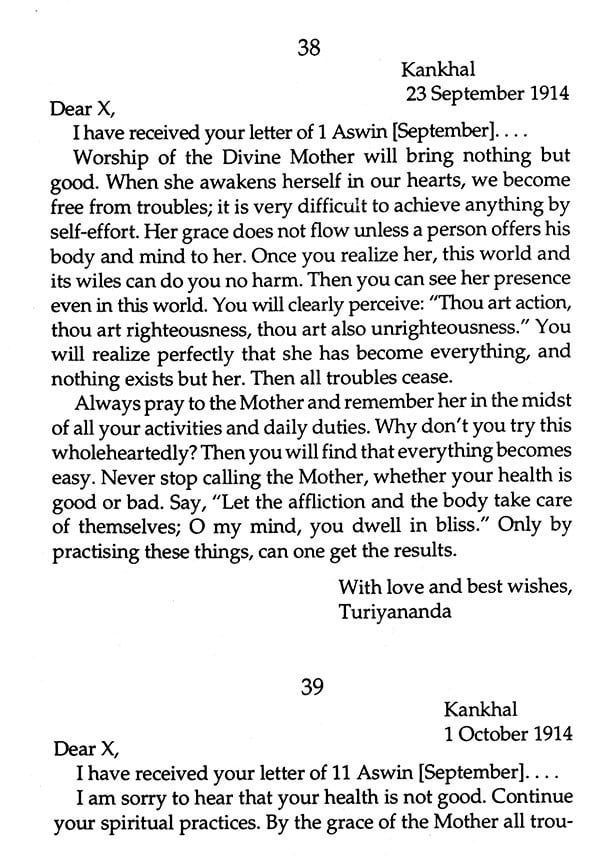 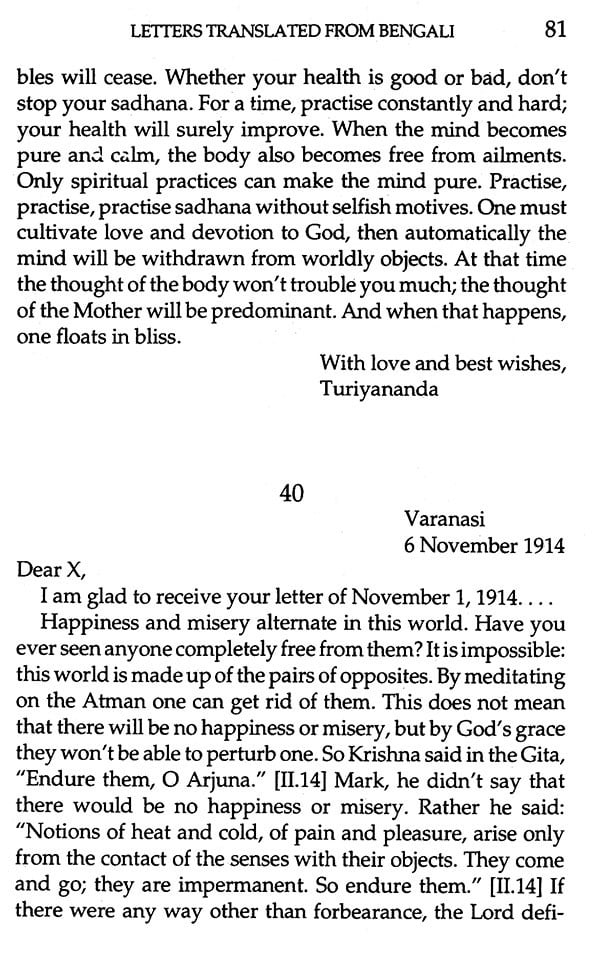 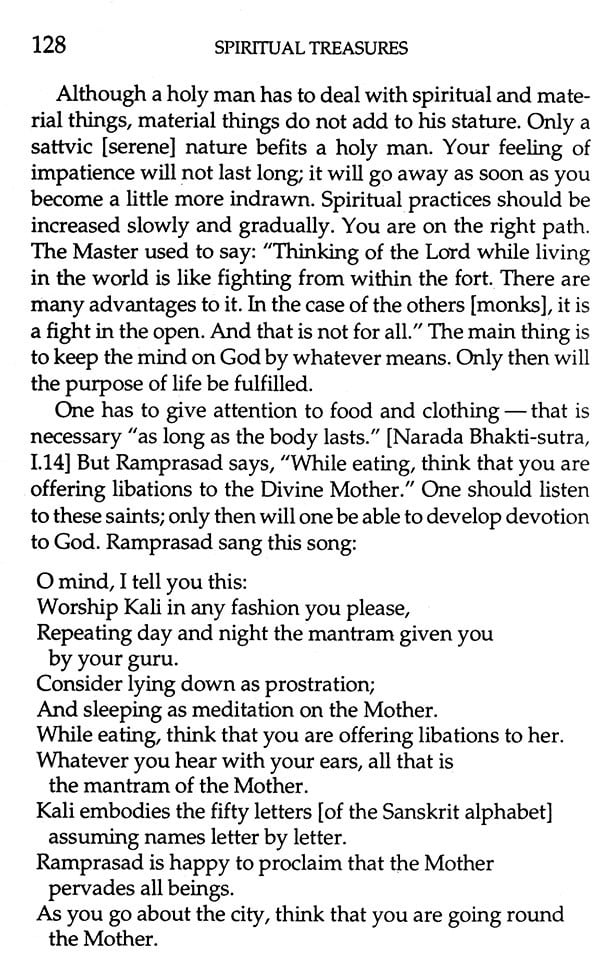 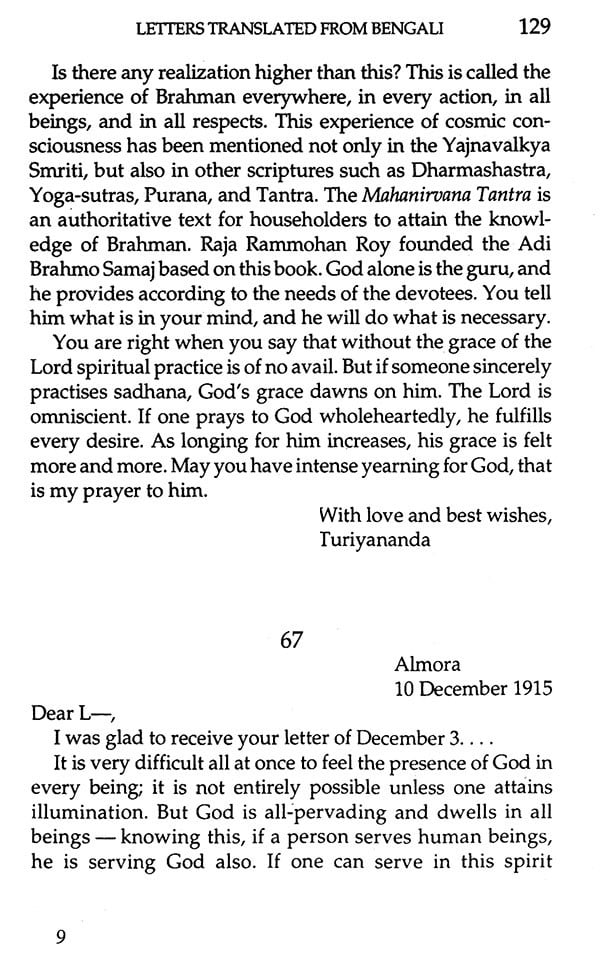 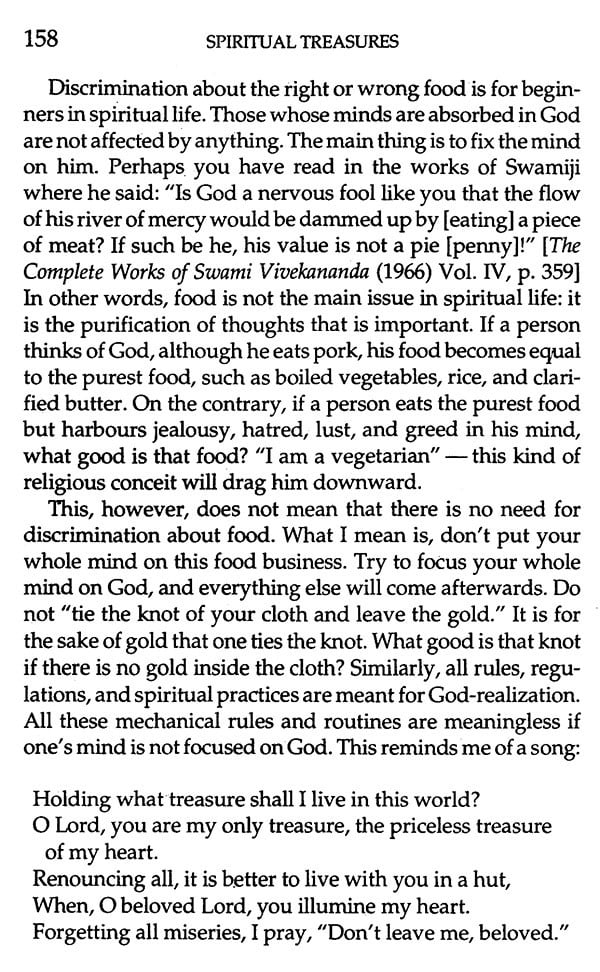 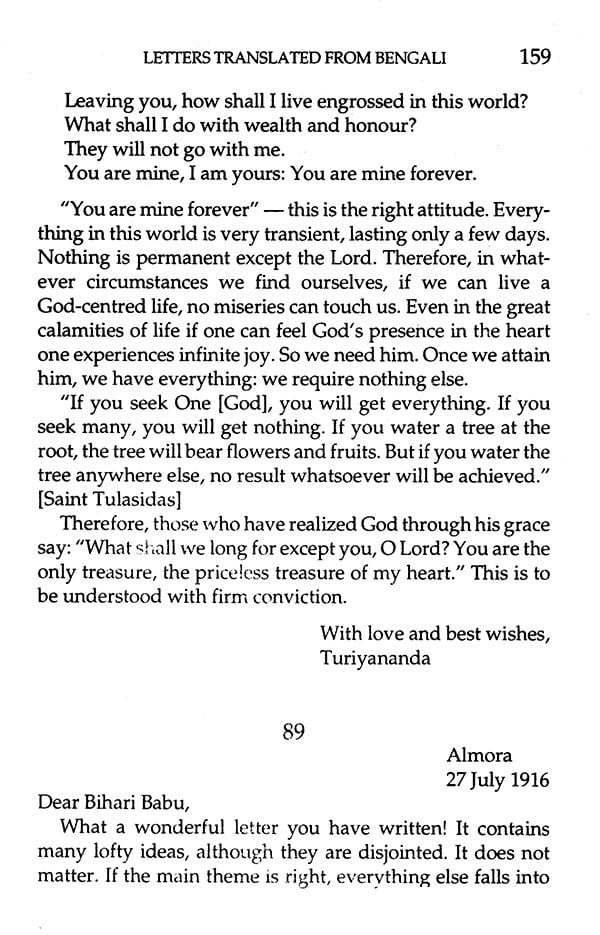 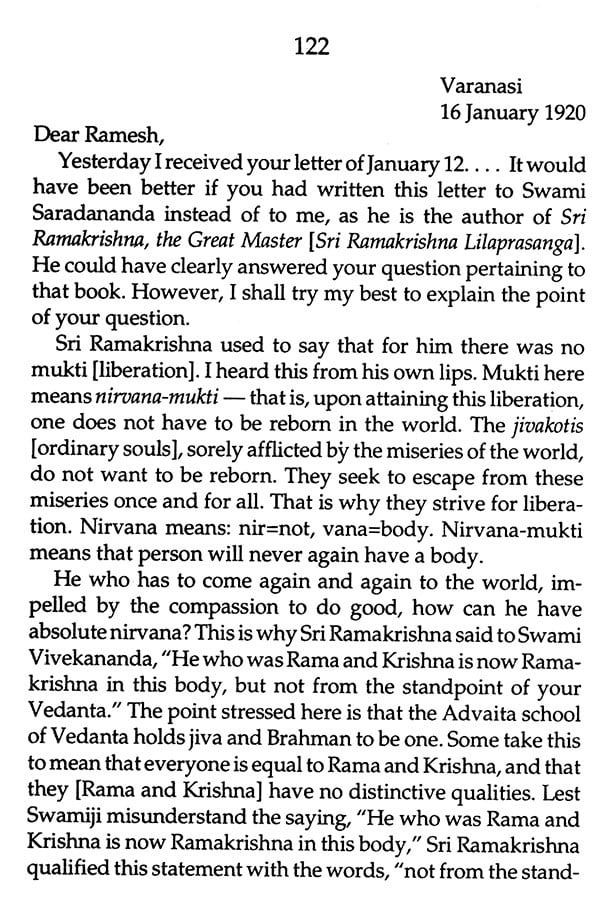 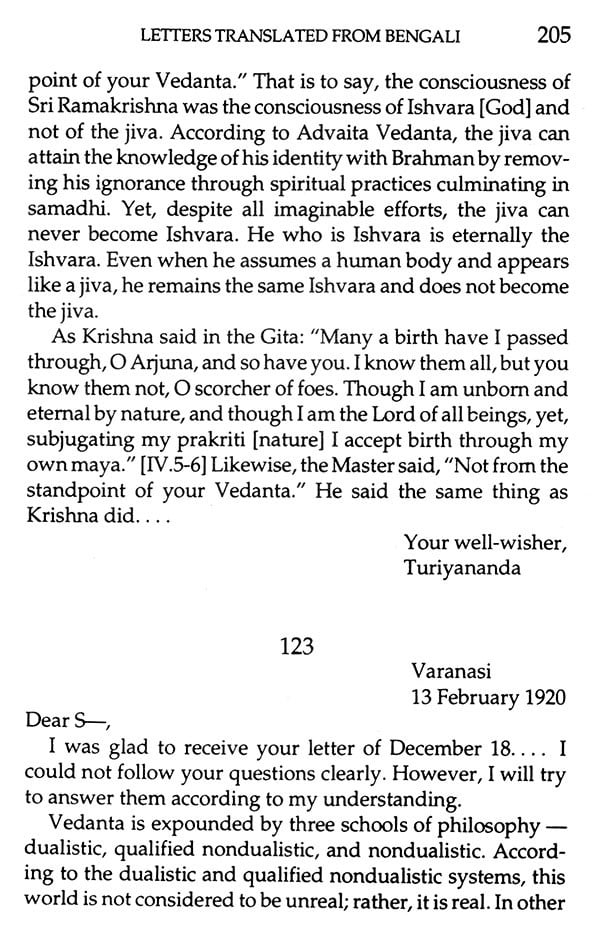 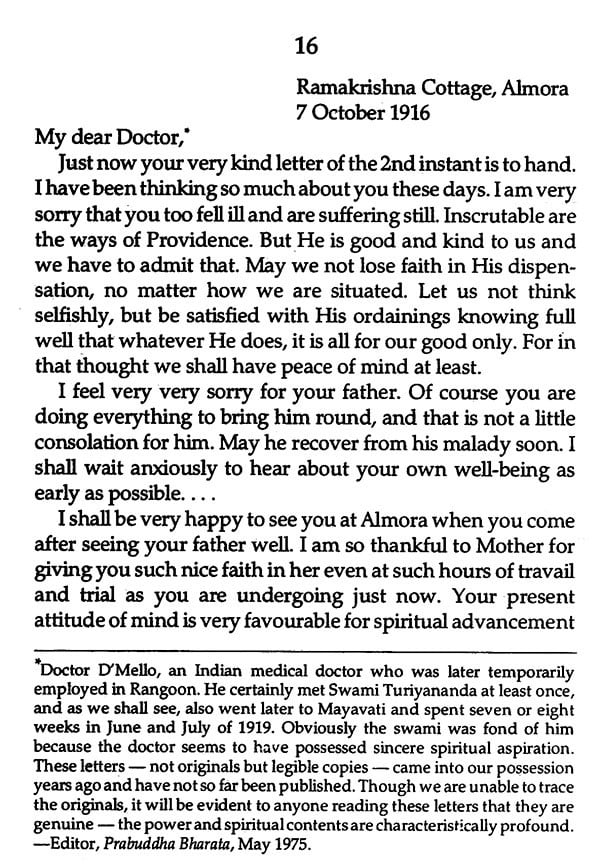 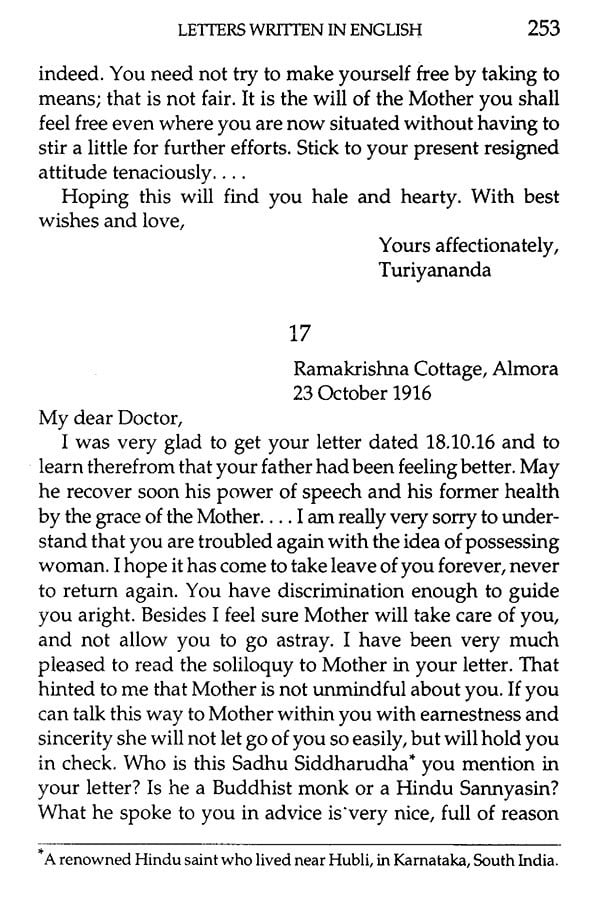 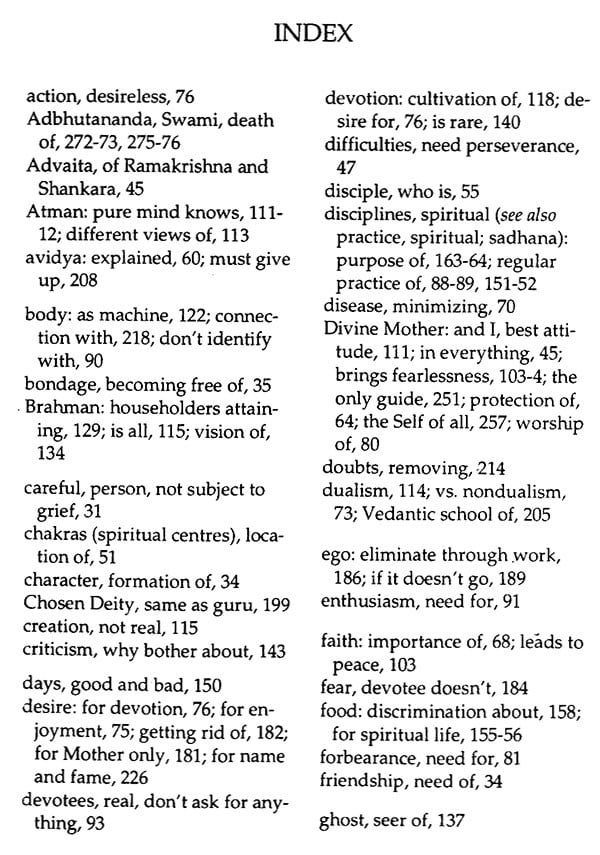 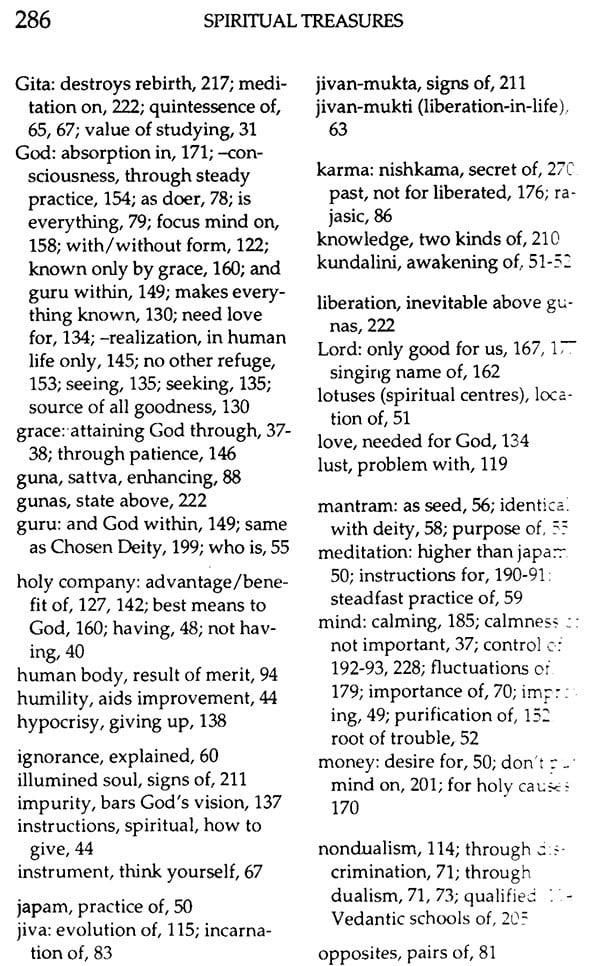