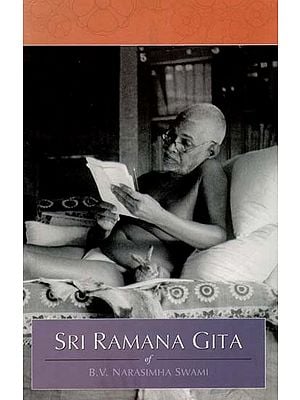 It is unlikely that BVN had access to any notes taken on the occasion of the questions put to the Maharshi that took place between the years 1913 and 1917, so we can only assume, as he explains in his introduction, that the elucidations further developed in this new version of Sri Ramana Gita must have come from subsequent questions put to the Maharshi for clarification by BVN himself. It also appears he has personally interviewed some of the questioners Ganapati Muni quoted in his Sri Ramana Gita. After BVN had typed some of his handwritten chapters, he gave a number of these pages over to Bhagavan to read, correct and fill in the required Sanskrit text, for which he left adequate space.

One such Sanskrit text beautifully written by Sri Bhagavan on these pages is his famous verse describing the means to enter the Heart(hrdaya kuharamadhye...), which is verse two of Chapter II in Sri Ramana Gita. This verse constitutes the basis for the chapter 5, titled "The Three Paths" in Sri Ramana Gita. In this book the chapter is titled "What is Hridayam (Heart or Centre)?" We do not know why BVN never completed this project, or how these manuscripts came to be filed away and forgotten, buried in an uncatalogued library cabinet of the Ashram. We do know, however, that after his stint with the Maharshi, BVN travelled north, visited Shirdi and became a staunch devotee of Shirdi Sai Baba. He founded the All India Sai Samaj, built a temple in Chennai dedicated to Sai Baba and spent the remainder of his life propagating Baba's message and divine personality. BVN's samadhi tomb lies behind the temple he built in Chennai. We can assume with the arrival of Baba in his life, his initial impetus to complete this new format for the Sri Ramana Gita was abandoned in preference to his new mission in life.

There is no doubt that Ganapati Muni's three hundred verses in Sri Ramana Gita are the distillation of all the dialogues he chose for the book. Nevertheless, B. V. Narasimaha Swami's idea to recreate those chapters in their original conversational form has a singular value for those aspirants who were not present -this includes all of us - on the days when those questions were asked and answered by the Sage. Also, in this manuscript, we can possibly gain greater insight into the Muni's versified answers, discover teachings of the Master not covered in the Sanskrit Sri Ramana Gita and have an opportunity to discern the extraordinary talent of the illustrious poet-disciple who composed this inspiring text. The fact that Sri Ramana Maharshi himself went through many of the typed pages, made corrections, added Sanksrit and Tamil text and verses to the manuscript, immeasurably enhances the value of this work.

INTRODUCTION Kavyakantha Ganapati Sastri, often referred to by all as Nayana, addressed six questions to Maharshi on the 29th of December 1913, and his example was followed by others four years later. The answers obtained from Maharshi were embodied in Sanskrit verse by Ganapati Sastri and the resulting book was named by him Sri Ramana Gita. These verses appear to read better in their natural and original form of easy, unconventional conversation, and hence the original form is sought to be restored here. This may be taken to be fairly accurate. Information gleaned from the Maharshi by subsequent questions has been added in some places. 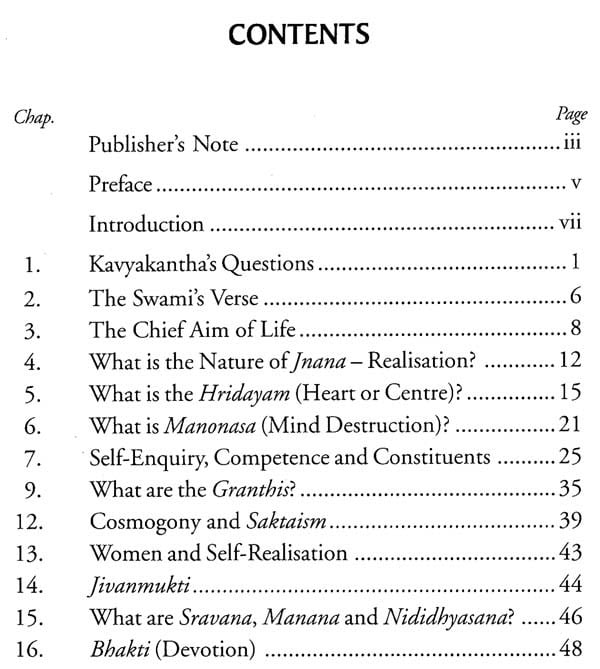 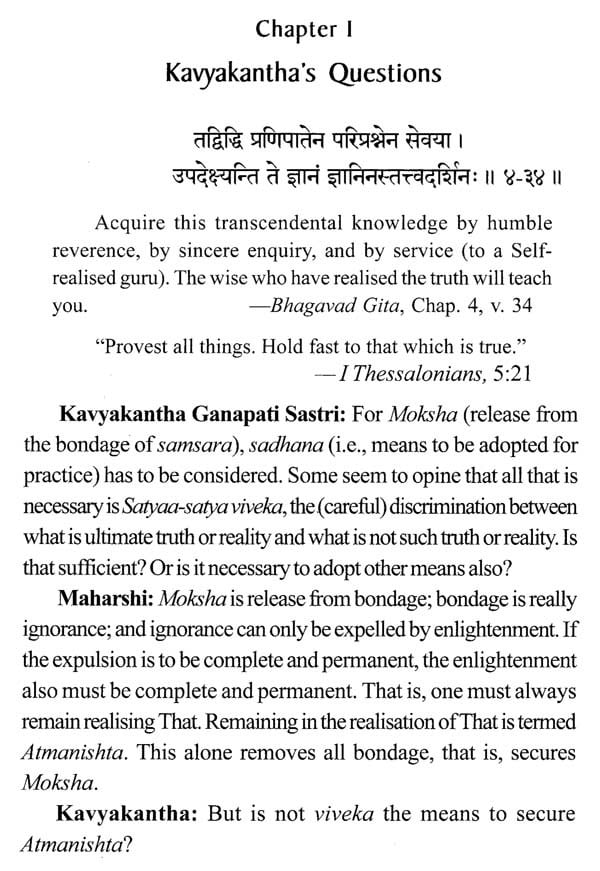 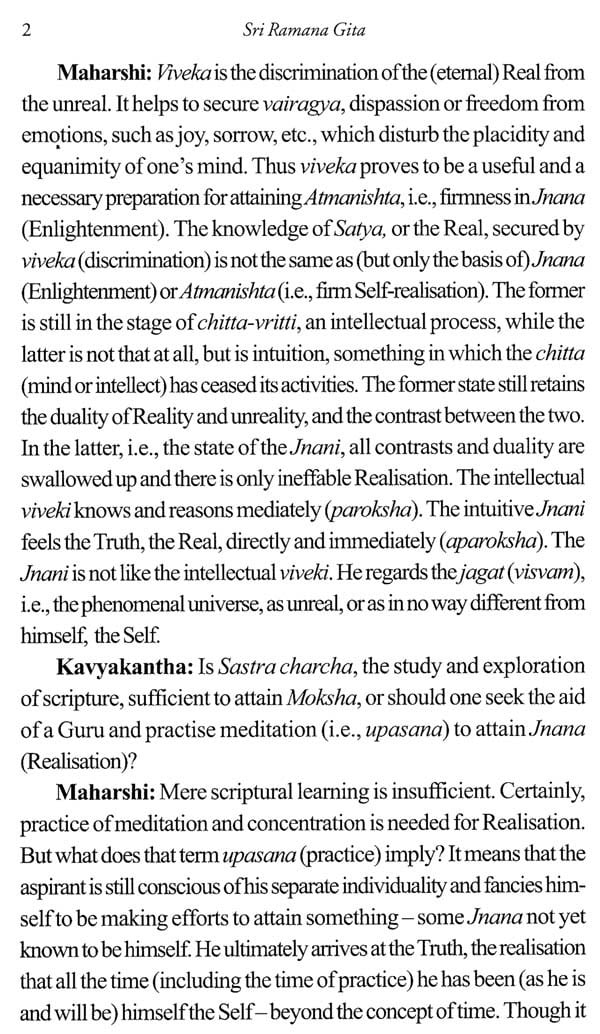 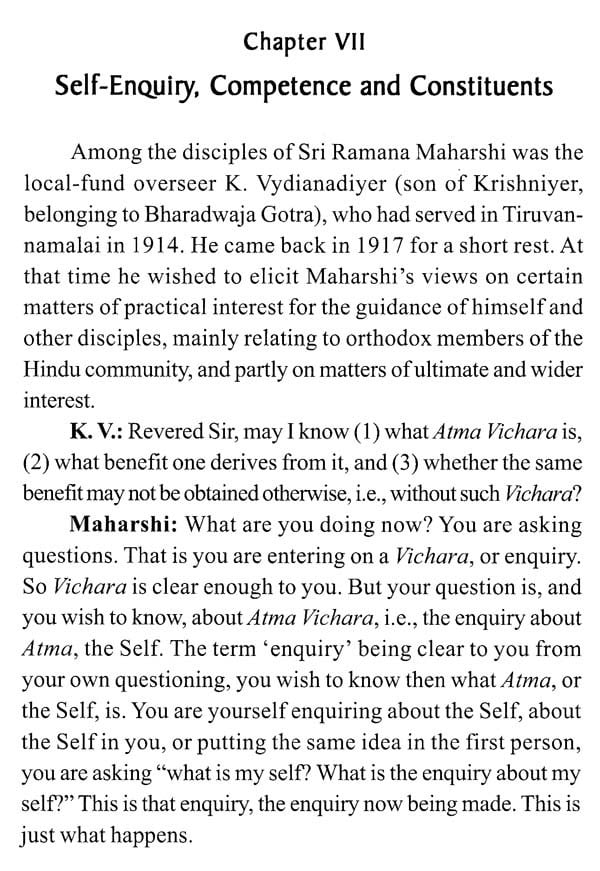 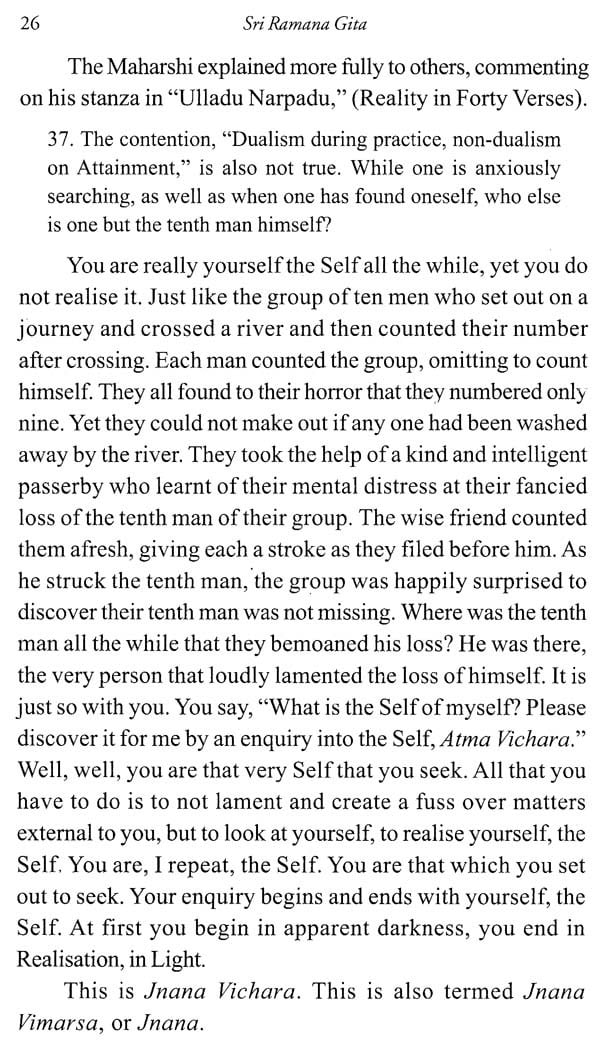