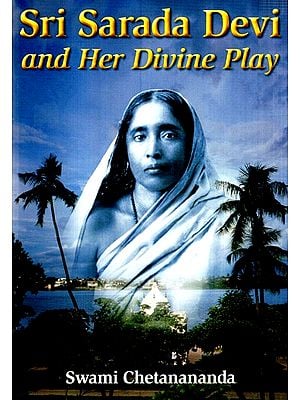 Sri Sarada Devi and Her Divine Play is a biography of Sarada Devi, the wife and spiritual companion of Ramakrishna Paramahamsa, the spiritual phenomenon of this age. Nowadays, Sarada Devi is affectionately and respectfully referred to by her devotees as Holy Mother. When we study her life in depth, we find that she enacted her divine play in three parts.

First was her Adi Lila, or early Lila, which comprises events from 1853 to 1886. She grew up in rural Jayrambati, a small village in West Bengal, and was married to Ramakrishna while still a child. At the age of 18 she joined Ramakrishna in Dakshineswar, near Calcutta, and lived with him off and on until his passing away in 1886.

Second was her Madhya Lila, or middle lila, which includes events from 1887 to 1908. During this period she went on pilgrimages, passed through various ordeals, and slowly began to conduct Ramakrishna's spiritual ministry.

Third were her Antya Lila, or final Lila, comprising events from 1909 to 1920. She revealed her divinity by showering her spiritual treasures on everyone who came to her.

Though we have made this classification, we understand that it is not completely possible to divide Holy Mother's life chronologically, because some events occurred in more than one period. But in a general way, readers will observe in chapters 1 through 9 how she initiated her divine play by preparing herself to be a world teacher; in chapters 10 through 28, how she enacted her drama by demonstrating the four yogas in her ideal life; and in chapters 29 through 35, how her drama gradually came to a close. Through her spontaneous outpouring of love and compassion, she revealed her true nature and bestowed fearlessness upon her disciples and devotees.

Doubt is a demon that arises from ignorance and false knowledge, destroying happiness and peace of mind. Can there be any peace in a home where the husband and the wife distrust each other? Doubt is horrible, but it can be uprooted by true knowledge and by the grace of God.

Many people are like Doubting Thomas, mentioned in the New Testament, who doubted the resurrection of Christ even after hearing from other disciples that they had seen Christ. Once a devotee from Kalma (now in Bangladesh), doubted the divinity of Sarada Devi, or Holy Mother, the spiritual consort of Ramakrishna. This uncertainty was tormenting his mind and ruining his spiritual life. In search of a solution, he went to the Udbodhan House in Calcutta to see Swami Saradananda, an attendant of Holy Mother.

Saradananda responded, "Then you believe that God married the daughter of a poor woman who made her living collecting and selling cow-dung patties?" Without saying anything further, the devotee bowed down to Saradananda and said joyfully, "My doubt is gone."

This book is the story of Sarada Devi (1853-1920), the wife of Ramakrishna (1836-1886). Ramakrishna, the God-man of the nineteenth century, is well known all over the world for demonstrating acceptance and respect for all religious traditions. He was truly a spiritual phenomenon. 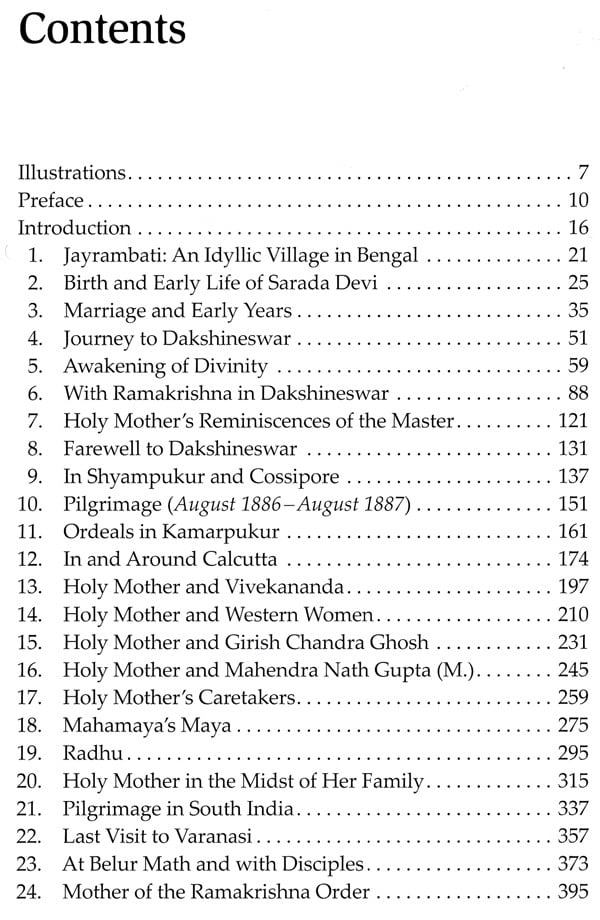 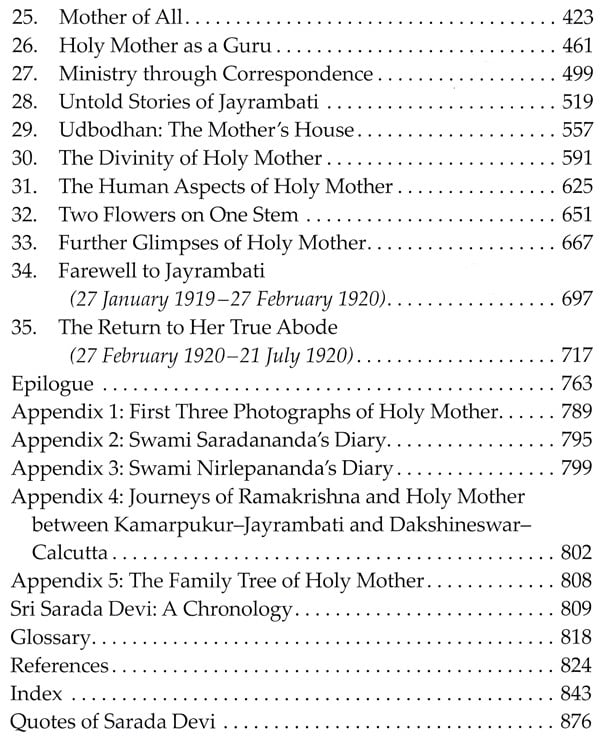 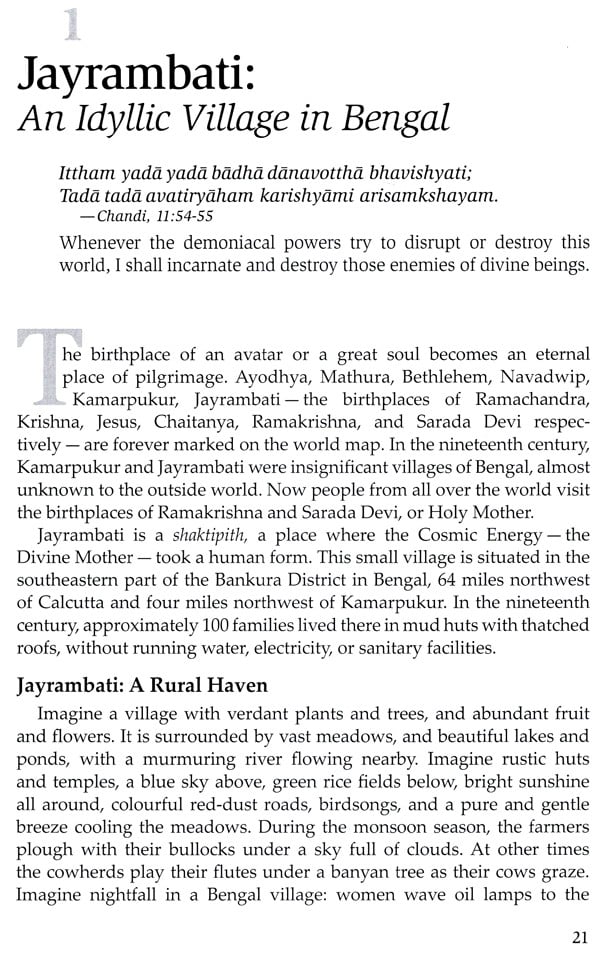 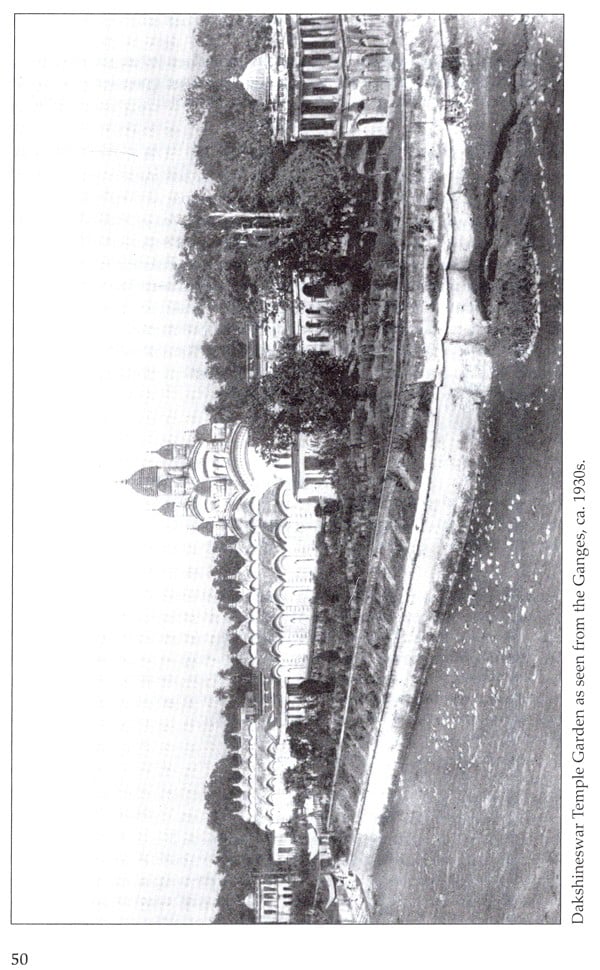 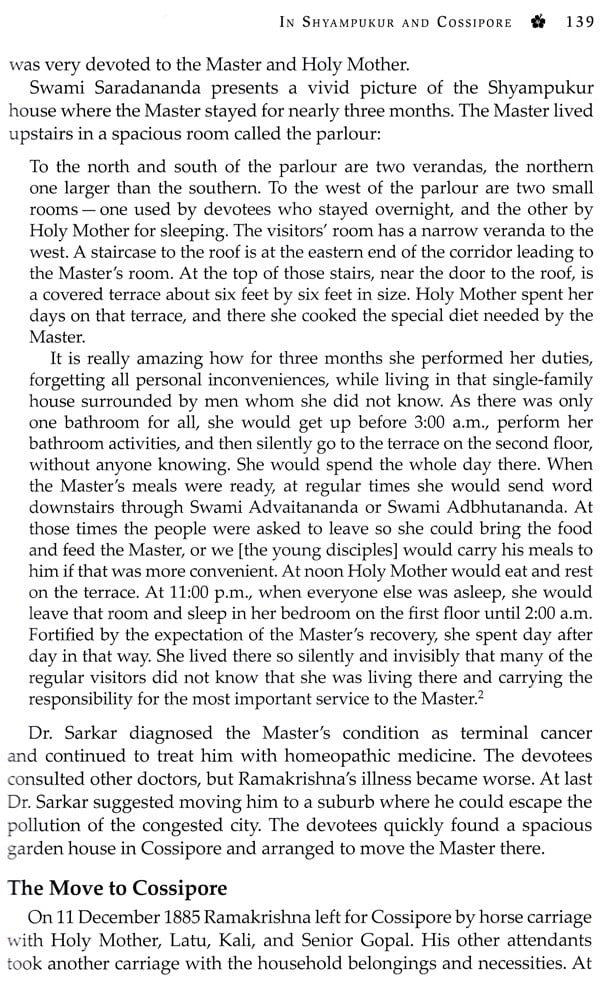 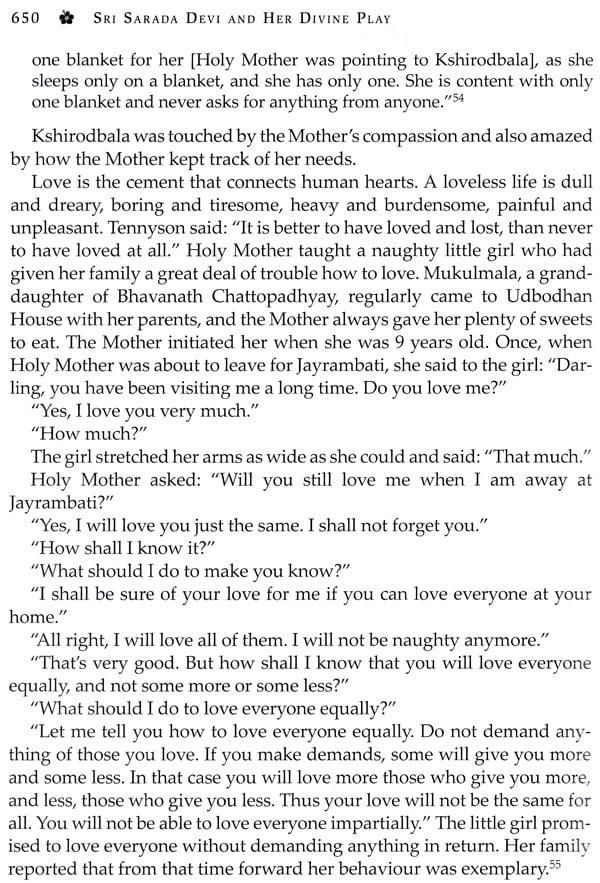 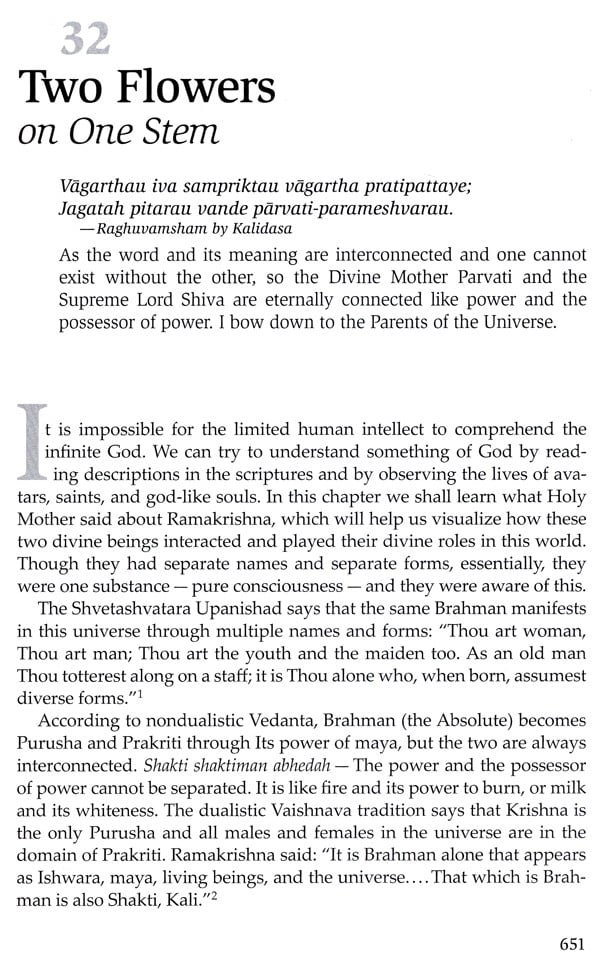 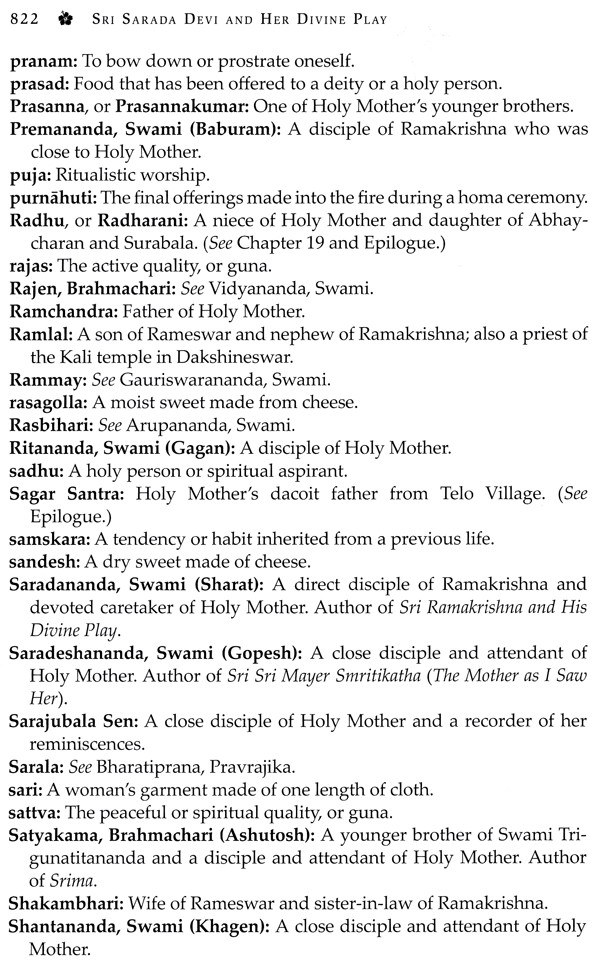 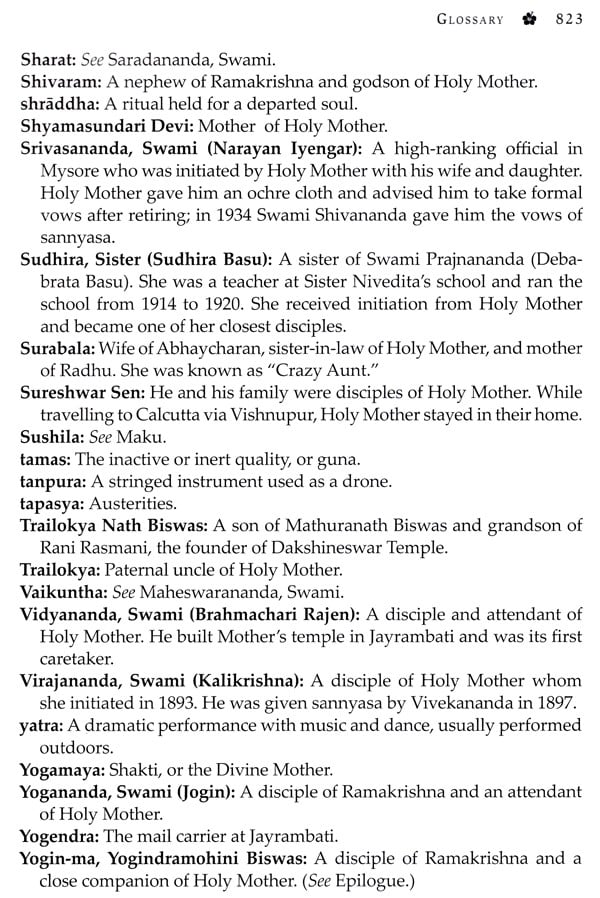