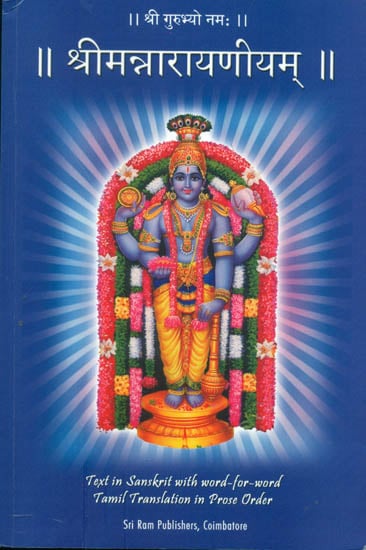 I thank Major General M.N. Sree Ram and other members of Late Sri M.R. Narasimhan’s family for the great honour they have bestowed upon me by inviting me to write a Foreword to the new reprint of the 2nd Edition of SRIMAN NARAYANEEYAM text in Sanskrit published in 1964, with word for word Tamil Translation in prose order by Late Brahmashri N. Somasundara Dikshitar, Senior Sanskrit Pundit, MNK Memorial High School, Chitalamcheri in Palghat District, Kerala. The First Edition of this book was brought out by that incomparable pioneering banker and philanthropist Late Sri M.N. Ramaswamy Iyer in 1954. Sri M.N. Ramaswamy Iyer was the father of Late Sri M.R Narasimhan and grandfather of Major General M.N. Sree Ram.

The Second Edition of SRIMAN NARAYANEEYAM came out in January 1964. Honrable Justice Sri S. Ramachandra Iyer, the then Chief Justice of Madras High Court wrote a Foreword to the Second Edition and paid a rich tribute to the services rendered by the Late Sri M.N. Ramaswamy Iyer to the sacred cause of promotion of Hindu religion by bringing out authentic editions of Srimad Valrniki Ramayana and Srimad Bhagavatham Dasamam with word for word translation into Tamil.

In this context it would be appropriate to quote the words of Chief Justice S. Ramachandra Iyer: ?The Late Sri M.N Ramaswami Iyer had done a great service to the religious literature of the world and to the Hindu religion in particular, when he brought out correct editions of Srimad Valmiki Ramayana and Srimad Bhagavatham Dasamam with word for word translation into Tamil. No less significant has been his later publication of Sri Narayana Bhattathiri’s Narayaneeyam: a great work condensing Srimad Bhagavatham in the form of beautiful verses.?

SRIMAN NARAYANEEYAM is a medieval Sanskrit text, comprising a summary study in poetic form of the Bhagavata Purana. It was composed by Melpathur Narayana Bhattathiri, a devotee-poet who lived in the Indian state of Kerala, in the 16th century AD. The Bhagavata Purana is a major Hindu scripture consisting of about 18,000 verses, authored by the great Sage Veda Vyasa and mainly devoted to the worship of Lord Krishna.

SRIMAN NARAYANEEYAM condenses the Bhagavata Purana into 1034 verses, divided into one hundred dasakas, or cantos, each dasakam consisting of about 10 slokas. The refrain in the last sloka of every dasaka is a prayer to Him to remove the ailments and sufferings. Narayaneeyam is in praise of Lord Narayana (Vishnu). Narayaneeyam is a summary of the Bhagavatha and its parayana (reading) confers great benefits; it is an effective faith therapy. It makes one God’s conscious, its concerns are mainly about our present life - Aarogyam (health and freedom from diseases) and saukhyam (happiness).

To Guruvayur Temple, SRIMAN NARAYANEEYAM is of utmost importance. No work of this magnitude has ever been dedicated and addressed to the deity of any other temple in India. It offers to the devout devotee an opportunity to visualise and worship Maha Vishnu by reading it or listening to its rendition. The day on which Narayaneeyam was completed, 28th Vrichikam, according to the Malayalam calendar, is celebrated by the Guruvayur Devaswom with great enthusiasm and splendour as NARAYANEEYAM DAY every year.

Melputhur Narayana Bhattathiri was born in 1560 in a village near the temple of Tirunavaya in Kerala. He composed the SRIMAN NARAYANEEYAM at the age of 27. Other monumentalworks by Bhattathiri include a treatise on Sanskrit Grammar, entitled Prakriyasarvasva, a work similar to the Siddhanta Kaumudi, but written earlier. Bhattatiri composed many other devotional hymns, as well as a work on Purva-Mimamsa entitled Manameyodaya, and panegyrics in praise of his royal patrons. 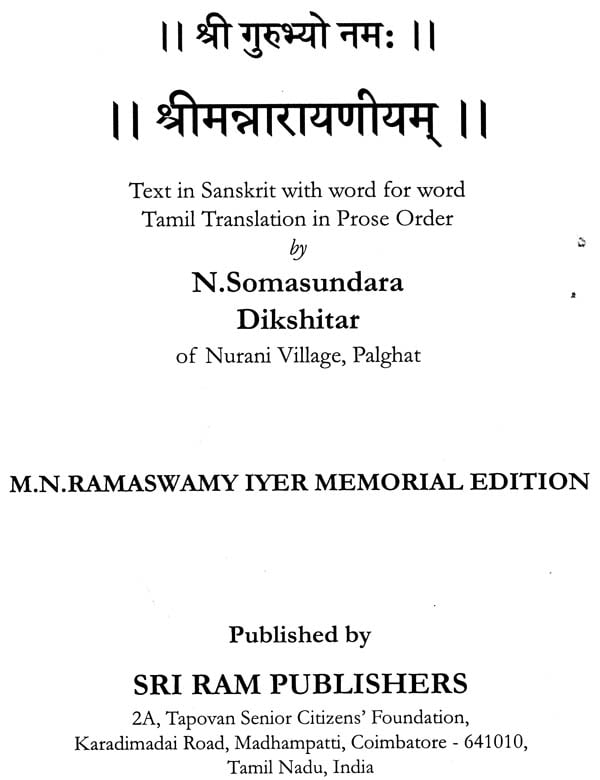 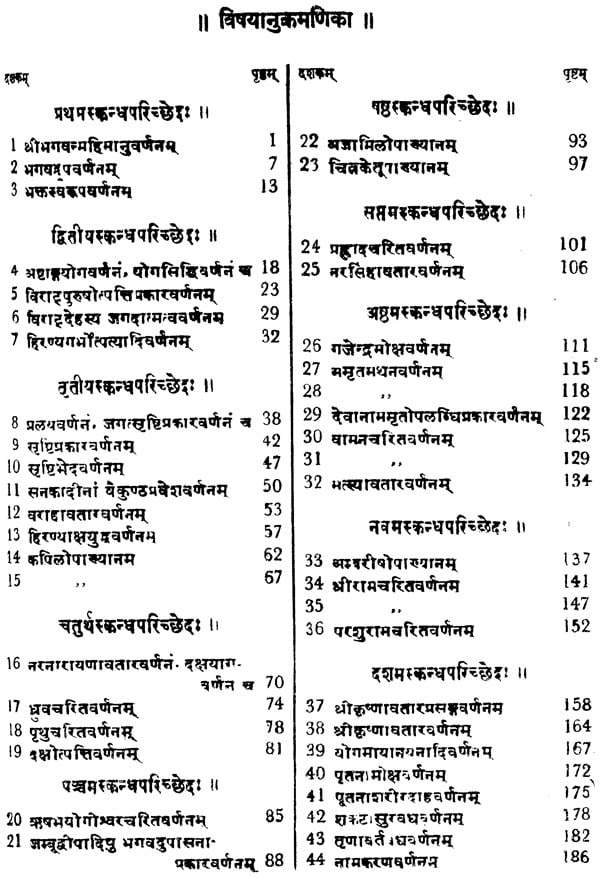 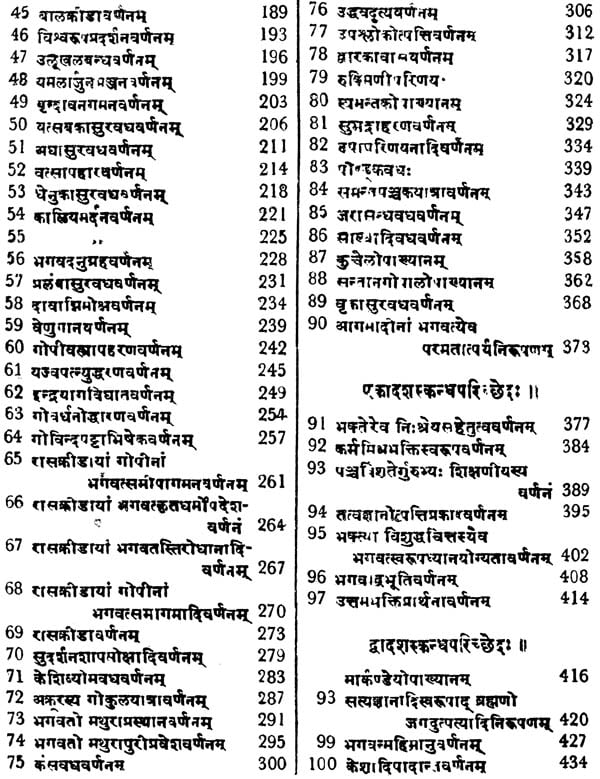 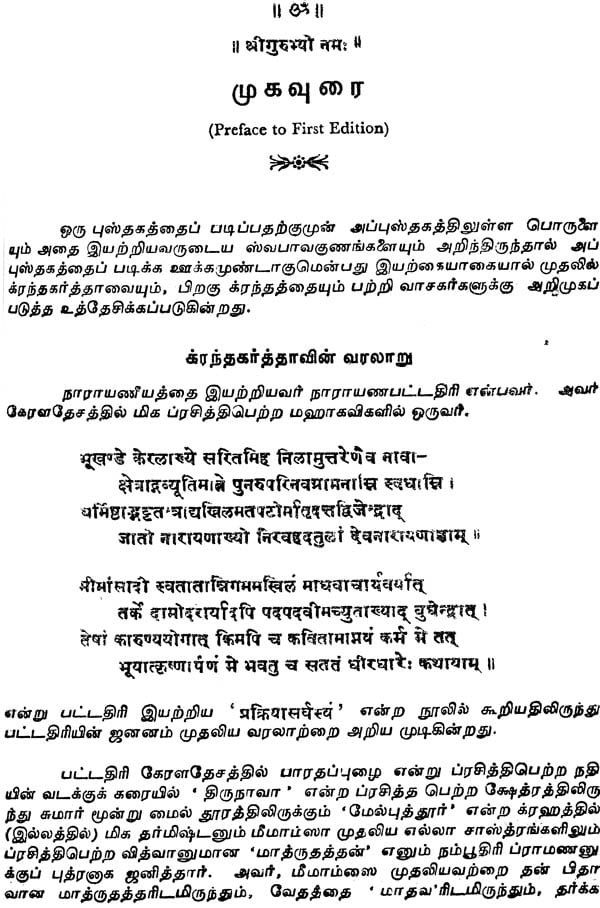 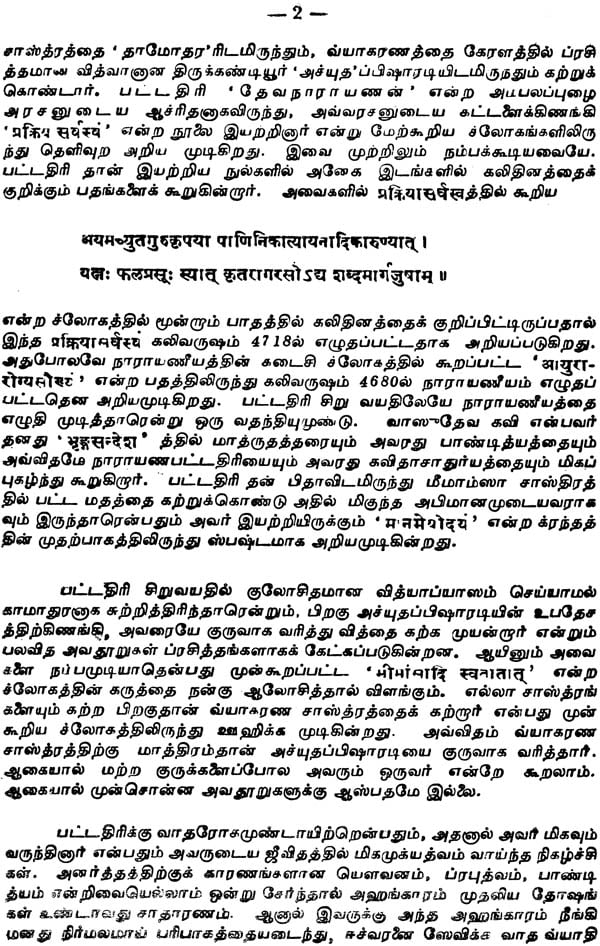 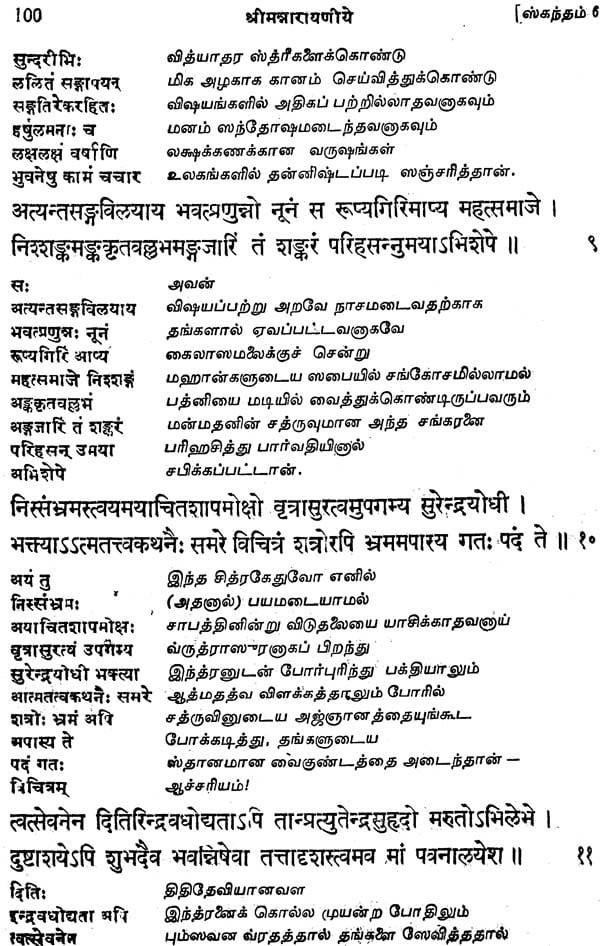 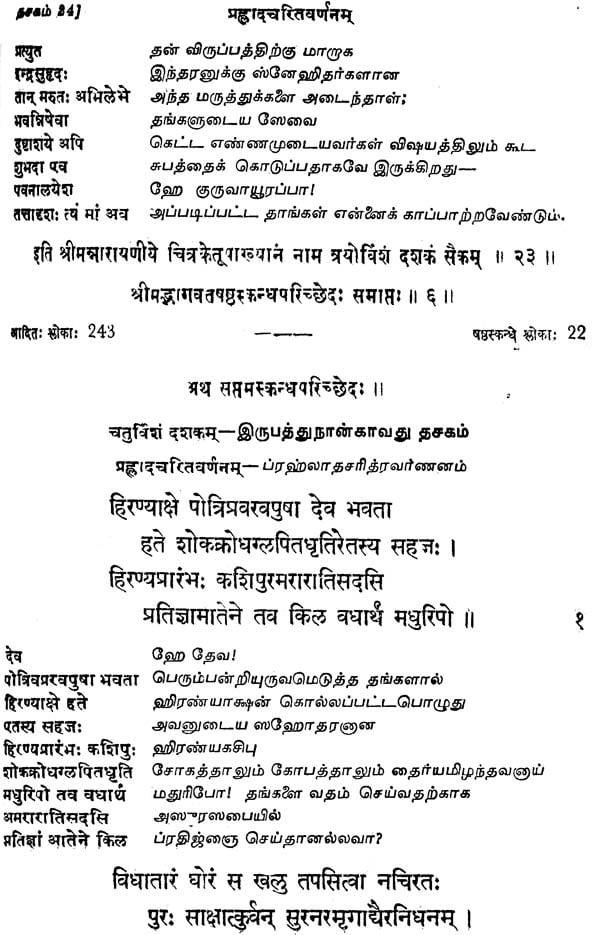 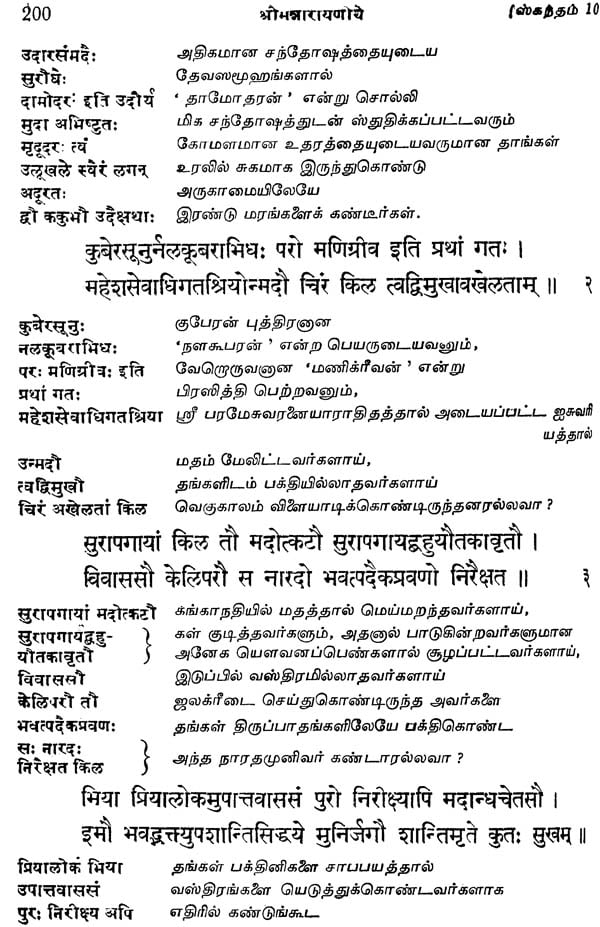 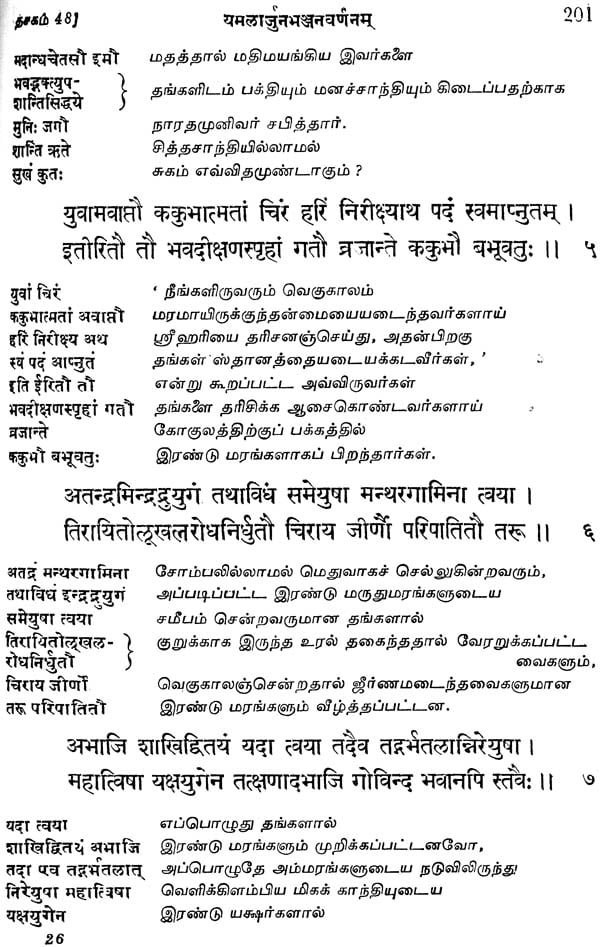 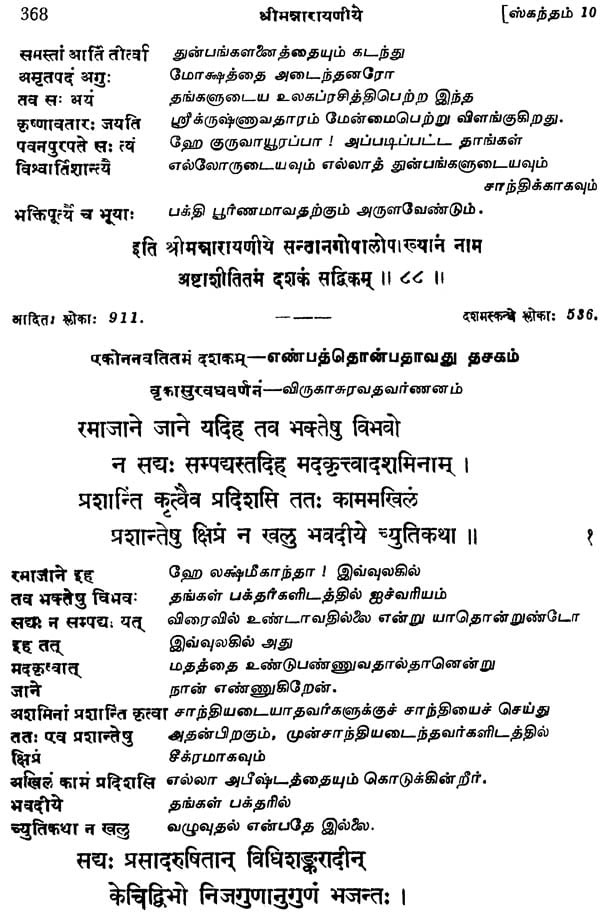 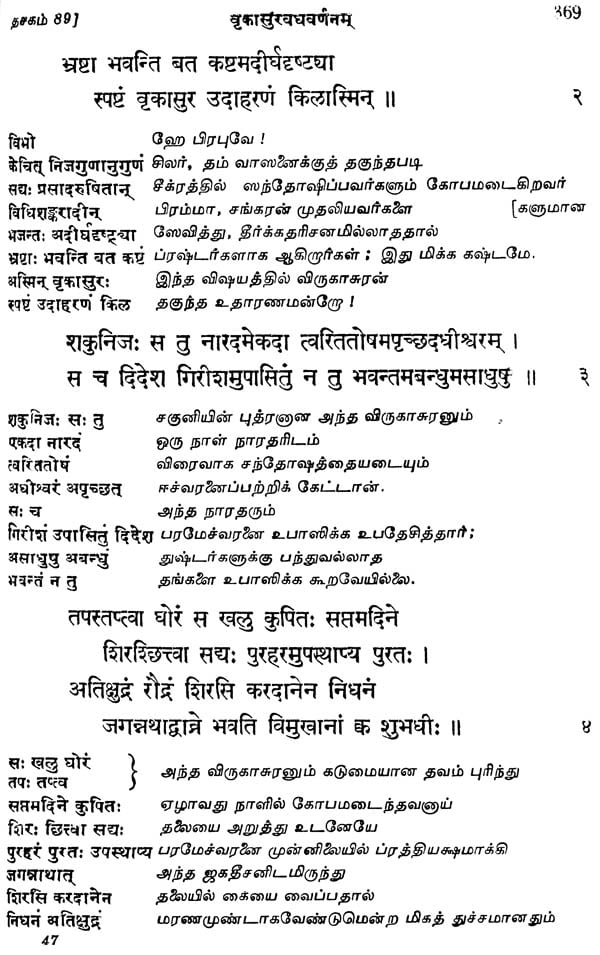 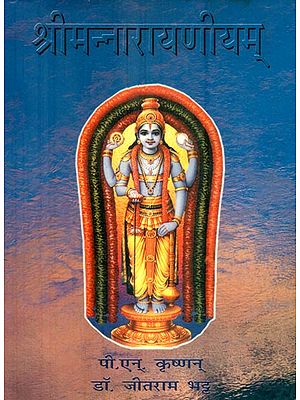