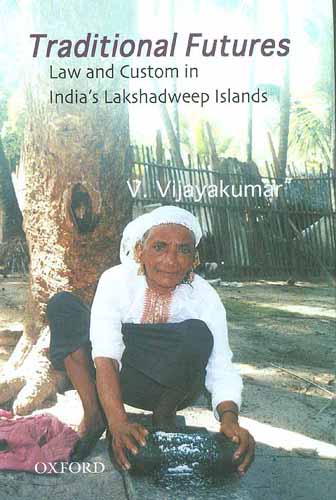 The native community of India's Lakshadweep islands, through predominantly Muslim, is organized around the matrilineal joint family, similar to the system prevalent in Kerala on the main land. Under the customary matrilineal law of succession evolved in the islands and followed for centuries, joint family property devolves from mothers to daughters. After mirage women continue to live with their maternal joint family, as do their children. Husbands are normally resident in their own maternal homes and visit their wives regularly.

The first of its kind, this study examines the salient features of social organization in the islands and its relationships with the legal system in different historical periods from antiquity to the present day. The author points out that traditional Lakshadweep society has succeeded in providing dignity and all social rights to women and also security for children in case of divorce. He goes on to examine the changes currently taking place which may bring to an end the entire social system built up over hundreds of years.

The author provides rich empirical evidence as well as a description of the syncretic religious-cultural framework of the islands. The analysis highlights the facts that customary law there is very different from the mainland's legal system and practice. It then examines how developments in the mainland have influenced the thinking of the peoples. During the same period court cases and judgements have resulted in some uncertainty as to the status of customary law. The author contends that the major socio-legal changes currently taking place many prove to be detrimental to the interests of women and children. The narrative includes a critical appraisal of, and significant extracts from, important judgements of the Supreme court, as well of the High Court of Kerala, which has jurisdiction over the union territory.

Based on in-depth primary research, this volume is of great interest to lawyers and scholars working on personal law issues, customary laws, gender studies, sociology, social anthropology, and legal history.

'a fantastic comparative study based on analysis of a traditional rural societywhere the resources are limited and so [its inhabitants] have to survive on a community oriented economy and patterns of life Sri Vijayakumar has done deep researcha socio-legal classic in law, society and [the role of women.'

'a work of labour and a solid contribution.'

'[This study is a] legal history as much as it is a record of the living law and the institutions supporting it the customary practices seem to offer lessons for management of natural resources in a sustainable way based on the doctrine of "public trust"'.

CONTENTS
Book FAQs
Add a review
Have A Question