The Unveiling of Lhasa (With Illustrations and Map)

Edmund Candler was the correspondent of the Daily Mail who accompanied the British expeditionary forces that invaded Tibet in 1903. He provides an eyewitness account of Great Britain's first and last military incursion into the forbidden land on the roof of the world.

The British expedition to Tibet in 1903 and 1904, led by Sir Francis Younghusband was actually an armed invasion of Tibet by British and Indian forces, seeking to prevent the Russian Empire from interfering in Tibetan affairs and thus gaining a foothold in one of the buffer states surrounding British India, under similar reasoning which had led British forces into Afghanistan twenty years before. Whilst British forces were remarkably successful in achieving their aims militarily, politically the invasion was very unpopular back in Britain, where it was virtually disowned post-war. The effects on Tibet, despite higher casualties and some economic disruption were also not significant, and any changes were not long retained, as in 1910 the Chinese army re-entered Tibet and established their dominance over the region.

Amongst the units which were part of the 3,000 strong force were elements of the 23rd and 32nd Sikh Pioneers, 8th Gurkhas, 40th Pathans, 19th Punjab Infantry and the Royal Fusiliers, as well as mountain artillery, engineers, Maxim Gun detachments from four regiments and thousands of porters recruited from Nepal and Sikkim.

The expedition to Lhasa was full of interest, not only on account of the political issues involved and the physical difficulties overcome, but owing to the many dramatic incidents which attended the Mission's progress. Candler's account describes the actions of the superior British invasion forces, during the expedition, while confronting an ill-equipped and fanatical Tibetan militia.

THE recent expedition to Lhasa was full of interest, not only on account of the political issues involved and the physical difficulties overcome, but owing to the many dramatic incidents which attended the Mission's progress. It was my good fortune to witness nearly all these stirring events, and I have written the following narrative of what I saw in the hope that a continuous story of the affair may interest readers who have hitherto been able to form an idea of it only from the telegrams in the daily Press. The greater part of the book was written on the spot, while the impressions of events and scenery were still fresh. Owing to wounds I was not present at the bombardment and relief of Gyantse, but this phase of the operations is dealt with by Mr. Henry Newman, Reuter's correspondent, who was an eye-witness. I am especially indebted to him for his account, which was written -in Lhasa, and occupied many mornings that might have been devoted to well-earned rest.

My thanks are also due to the Proprietors of the Daily Mail for permission to use material of which they hold the copyright; and I am indebted to the Editors of the Graphic and Black and White for allowing me to reproduce certain photographs by Lieutenant Bailey.

The illustrations are from sketches by Lieutenant Rybot, and photographs by Lieutenants Bailey, Bethell, and Lewis, to whom 1 owe my cordial thanks. 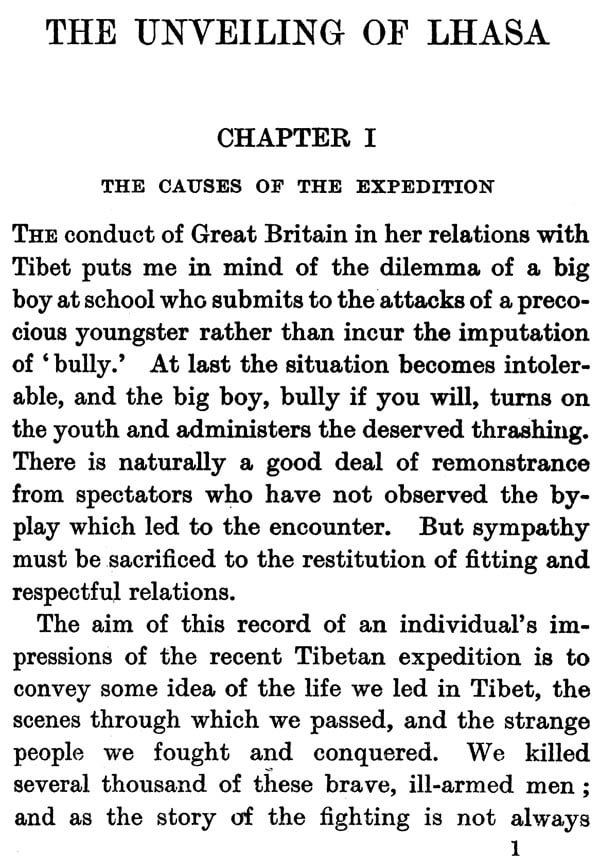 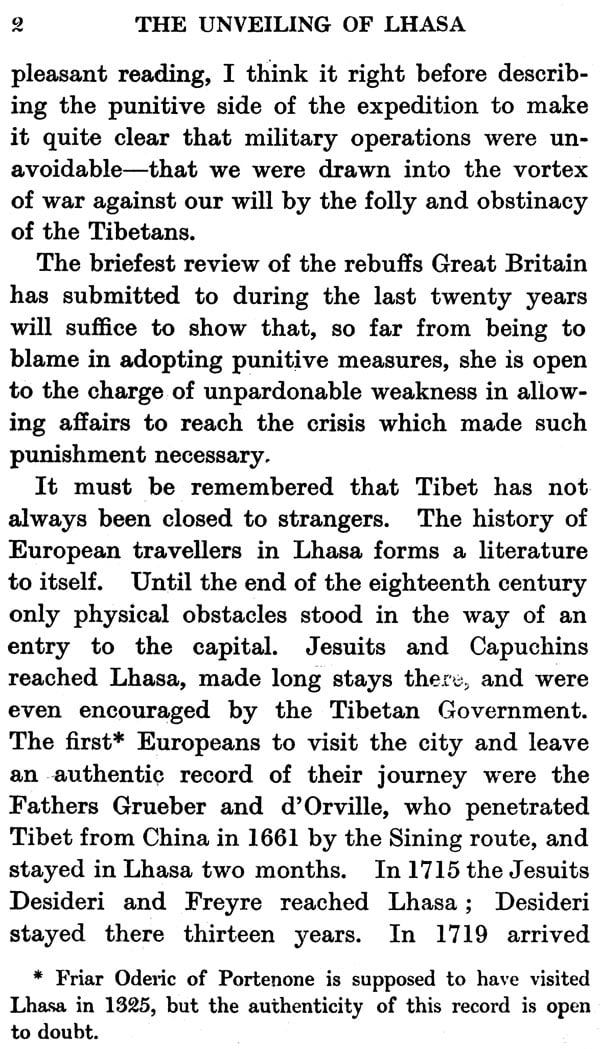 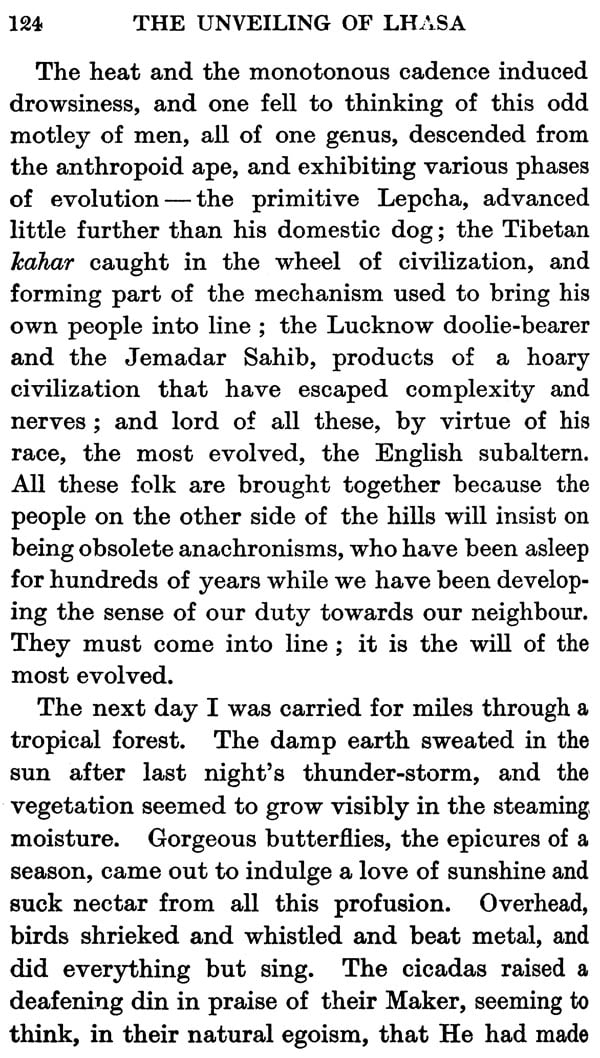 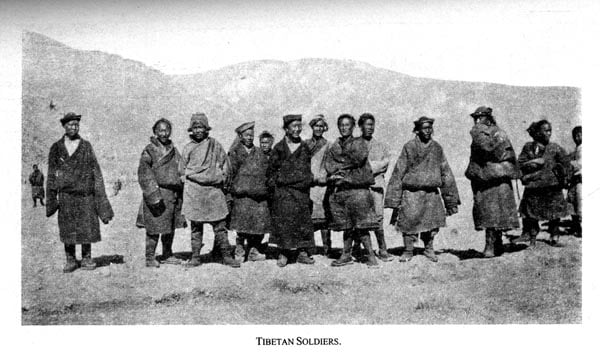 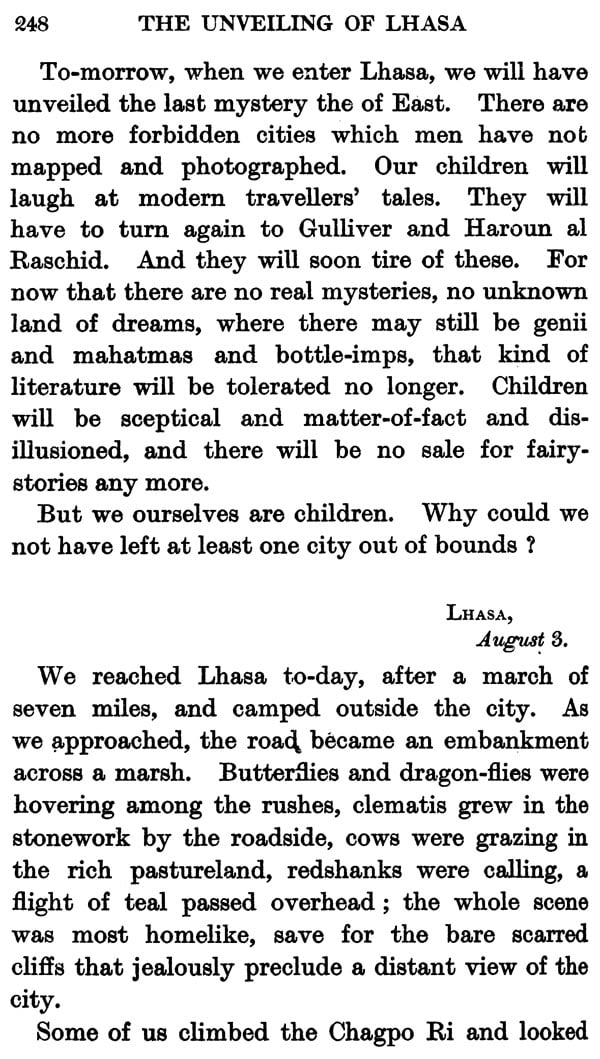 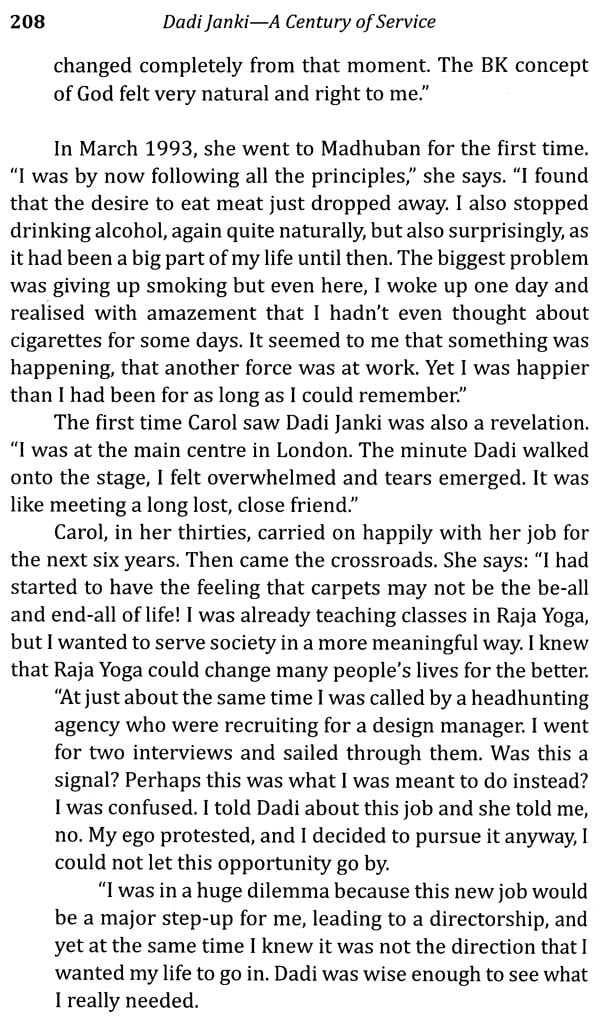 Ocean of Melody – Songs of the Sixth Dalai Lama
By Lhasang Tsering
$16.50 Buddhist Art in Tibet: New Insights On Ancient Treasures (A Study of Paintings and Sculpture From 8th to 18th Century)
By Michael Henss
$79
FREE Delivery An Account of Tibet: The Travels of Ippolito Desideri 1712-1727
By Filippo De Filippi
$30
Out of Stock