T P Ashoka, a professor of English is an established and highly respected critic in Kannada. He has been seriously practicing responsible criticism for the last four decades and has to his credit, 32 critical works that include, besides collections of essays on individual works, book-length studies of great authors such as Kuvempu, Shivarama Karanth, Masti, U R Ananthamurthy and Tejaswi. In fact, he has critically discussed modern Kannada short stories and novels so extensively that if they are brought together chronologically and genre-wise, they constitute an interesting history of modern Kannada Short Story and Novel. Since it is a fact that serious study of literature or theatrical productions / films needs to be taught, Ashoka, in association with the reputed institution Ninasam, has organized and successfully conducted more than three hundred workshops on literary appreciation, and theatre and film appreciation. Primarily, Ashoka is a textual critic. A hardcore Leavisite in the beginning, he enlarged his field of critical concepts and concerns; consequently, most of his well-known critical books and essays are marked by an engagement with intersexuality, narratological analysis, and explications of archetypal motifs.

Ashoka is known for his systematic organization, and this critical work admirably mirrors that quality. Divided into 38 small sections, the work, first, introduces the writer and the nature of her feminine sensibility (1-5), and then goes on to discuss, chronologically, almost all the significant stories of Vaidehi (6-24). Since Vaidehi's special forte is the short-story form, rightly, half of the book is devoted to sharp analysis and discussion of her stories. These discussions are made interesting by the inter-textual connections Ashoka brings. For instance, while analyzing Vaidehi's celebrated story, "Krauncha Pakshigalu," Ashoka compares that story with Rajindersingh Bedi's "Lajavanti"; both are written against the background of partition riots, and both show the way women become the victims of riots. But, Ashoka points out; "Lajavanti" does not have the ontological concern of 'what is truth?' which is at ° the core of Vaidehi's story. (The collection of short stories in which this eponymous story appears was honored with Central Sahitya Akademi award) Ashoka discusses Vaidehi's novel Asprushyaru (the untouchables; translated into English with the title Vasudeva's Family) in relation to Shivarama Karanth's Chomana Dudi and Mulkraj Anand's Untouchable.

A few of the major conclusions of Ashoka in this part are: a)Vaidehi's stories are not limited to a few incidents or characters; her stories lay bare the intricate nature of a community marked by caste-class-sex characteristics through an analysis of human behavior in daily routine. b)There are no ready-made type characters in Vaidehi's stories, and each caste-class-sex is unique by itself characterized by knotty relationships; Vaidehi creates many such worlds and records their feelings and behavior with minute details. c)In the world of Vaidehi, violence on women is not caused by men alone; but a woman is subjected to violence solely because she is a woman. Next, Ashoka briefly discusses novel asprushyaru and moves on to a detailed discussion of Vaidehi's poetry and her concerns as a poet. Ashoka points out, even as a poet Vaidehi explores human behavior and experience in terms of man-woman relationships; mythological figures like Shiva and Parvati are no exceptions. Also, Ashoka argues, many poems of Vaidehi like "Vanity Bag" emotively persuade the readers to realize that women also have-and need- a private world of their own. Moving further, Ashoka makes an important observation in relation to feminist criticism that Vaidehi brings to light such women writers whom society has forgotten. To illustrate this point, Ashoka considers the place of the biography of an early woman writer in Kannada by name Saraswati Bayi Rajawade, written by Vaidehi in 2008. The last part of the work is given to a long and interesting interview of Vaidehi by Ashoka, in which Vaidehi's long answer to the question regarding feminism is very pointed.

O L Nagabhushana Swamy, the translator of this work, is a professor of English and a highly experienced translator. He has successfully translated many Kannada works including the plays and poetic fiction of Chandrashekhara Kambara into English, and many works like Chekov's Sisters into Kannada. His most ambitious work in the field of translation is the Kannada translation of Tolstoy's War and Peace, with a critical introduction and notes, the entire work running into 2000 pages. Being an established critic himself, OLN has very ably and lucidly translated Ashoka's critical work into English. Intelligibility is the major criterion of a translated work, and from this point of view Vaidehi Kathana is as articulate to one interested in literature as the original work by Ashoka.

In short, this critical work is a meaningful tribute to a great writer, and I heartily congratulate on this occasion Vaidehi, Ashoka and Nagabhushana Swamy.

Preface
It was a few months ago that I was approached to translate T P Ashoka's Vaidehi Kathana, a critical study of Vaidehi's works, into English. I was surprised at this offer as I have always believed T P Ashoka to be an accomplished translator and felt that he could do a better job of presenting his thoughts in English. I had never before translated a Kannada critical writing into English and thought this was a good opportunity to put my skills to test and try my hand at re-presenting Kannada criticism in English. Moreover, in this I discovered a prospect to express my appreciation for the writer I loved and respected, and a friend, fellow-critic and translator I always valued. It was in 1980's that I first met Vaidehi in Shimoga. Her first collection of short stories had appeared. I had read them, but not yet acquainted with her. She had written a beautiful letter appreciating my production of Mricchikatika. She had also come to meet the actors at the end of the play and expressed her delight. Her words and her letter were genuine. More than her words, her eyes expressed clearly what she intended to say. She did not speak much, but whatever little she said was touching enough. Those were the eyes of a consummate artist who absorbed the whole world and gave herself to the world without holding back her thoughts and feelings. Her words accompanied with appropriate tone, and suitable gestures always create a lasting impression on the listener's minds. When Vaidehi writes, she has that rare capability to make the readers listen through their minds even the minutest details of accents of her characters. Effortless ease of her writing conceals the tremendous hard labor of their creator. There are not many writers who can make the readers listen to the words they are reading and re-create a living world.

T P Ashoka is one of the few Kannada critics who have written exclusively on all forms of modern Kannada literature, more importantly, contemporary Kannada works. Like most of the Kannada critics, he is a product of the Department of English of University of Mysore. During the seventies and early eighties of the last century the Department was inspired by new criticism and the attitude of liberal humanism. Ashoka's criticism reveals both these influences. He firmly believes that literature is something that is realized in language and hence pays extra attention to the analysis of the nuances of the text. It is also his faith that a good work of literature should be brought to the notice of the discerning readers. Apart from his profession of teaching literature, he has written innumerable reviews in widely circulated newspapers, more than a dozen columns on literature in various magazines and journals. He has disseminated literature in Kannada for the past three decades. More than these writings, Ashoka in collaboration with Neenasam, Heggodu has conducted workshops, literary appreciation and film appreciation courses throughout the state. Spreading the `sweetness and light' of literature, and molding the sensibility of the young minds has been his passion and vocation.

Ashoka, despite a strong theoretical background, is particularly interested in unraveling the text in all its minute details, a sharp analysis and a fair and impartial evaluation of the literary works for the readers. His writings are good critical introductions to individual authors and works. His book on Vaidehi is an example of his critical practice. The book has 38 short sections, each independent and yet interconnected with all the other sections. Each section is devoted to a particular 'theme.' For example, the first four sections provide a brief introduction mentioning the unique features of Vaidehi's writings and her achievements. This provides a context for her works placing them among other works and then goes on to examine chronologically all the works of Vaidehi. Ashoka provides a reliable summary of the works under the discussion, draws attention of the readers to the verbal structure of the work, analyzes key aspects of the structure and based on all these observations, offers an evaluation. Ashoka quotes extensively from the works under discussion and enables even a non-specialist reader to form a fair idea of the writer and her works. I would say that a reader can gauge the depth of Vaidehi's writings and her achievements by reading of these quotations. He has also interviewed Vaidehi and has been able to elicit many insights into the making of a master story-teller.

Translating this book has been a double joy; a joy of translating my friend's critical work, and the joy of translating one of the most important of the contemporary writers. As I decided to translate all the quotations from Vaidehi's stories, essays and poems instead of using available translations, it was like translating a creative work. Translating a text is perhaps the best way of understanding it. Translating Ashoka's book, I have traversed through the length and breadth of Vaidehi's works and revived my memories of having read them in the past. Translating the passages from her works was challenging yet joyful. In order to provide a flavor of Kannada, I have tried to retain the Kannada sentence structure of Vaidehi's stories, and also retained the Kannada titles. I have provided English equivalents of the titles of Vaidehi's works in the appendix. Readers can easily make out the translated passages from Vaidehi as they stand out as separate indented paragraphs.

I thank Vaidehi and T P Ashok for providing me with this opportunity. I am equally thankful to Prof C N Ramachandran, the senior and respected critic and translator for writing a meaningful foreword to the book. Special thanks to Neeta Inamdar and her team at Manipal University Press for meticulously attending to every detail in the production of this book. 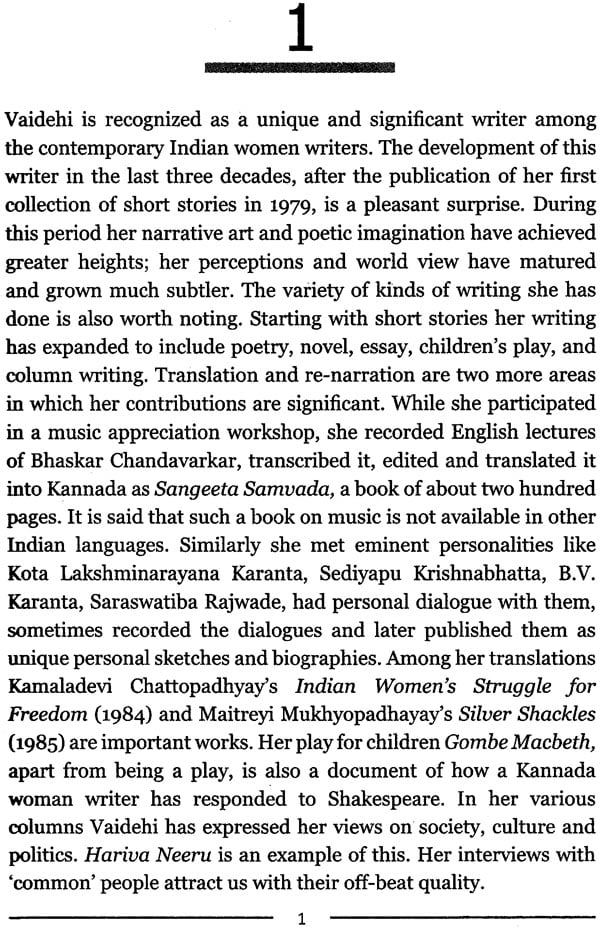 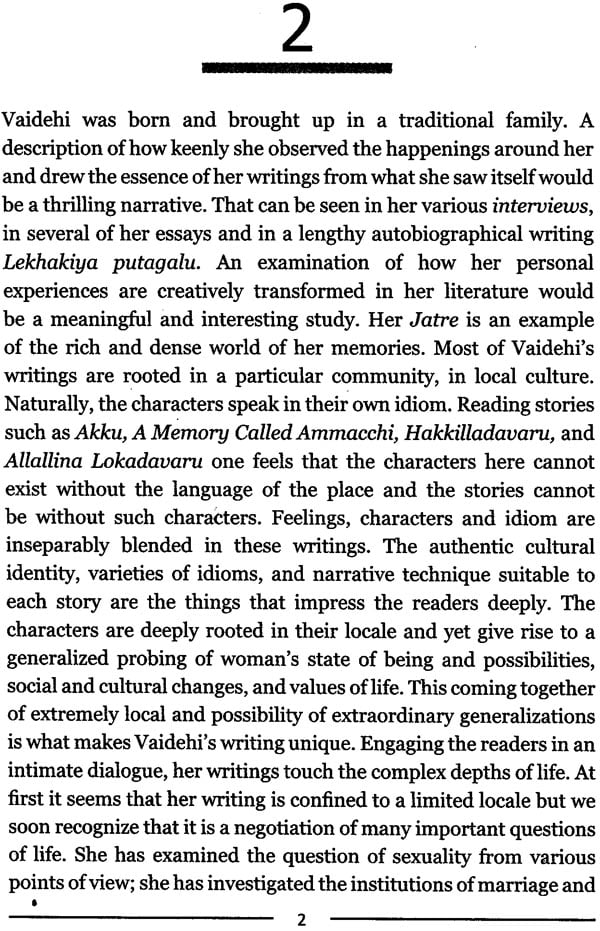 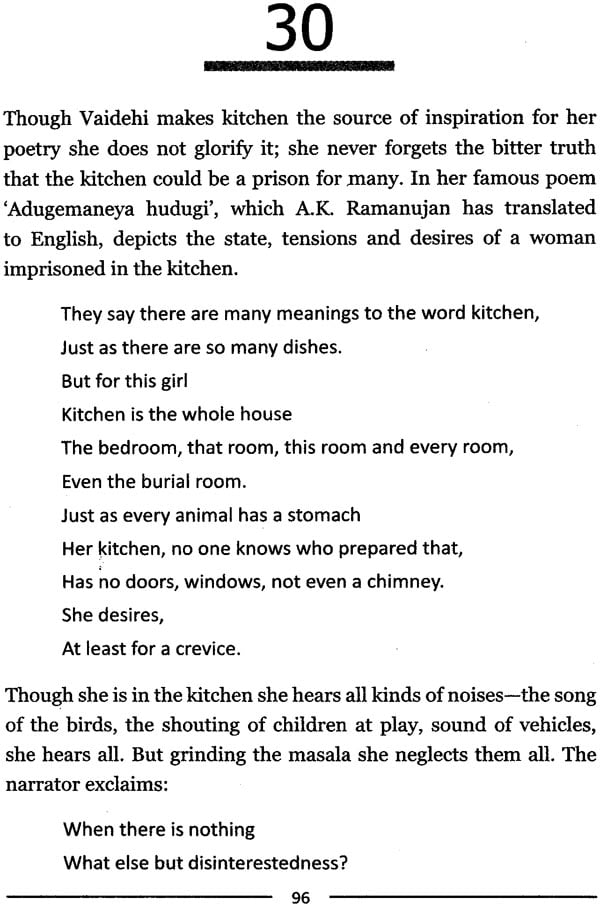 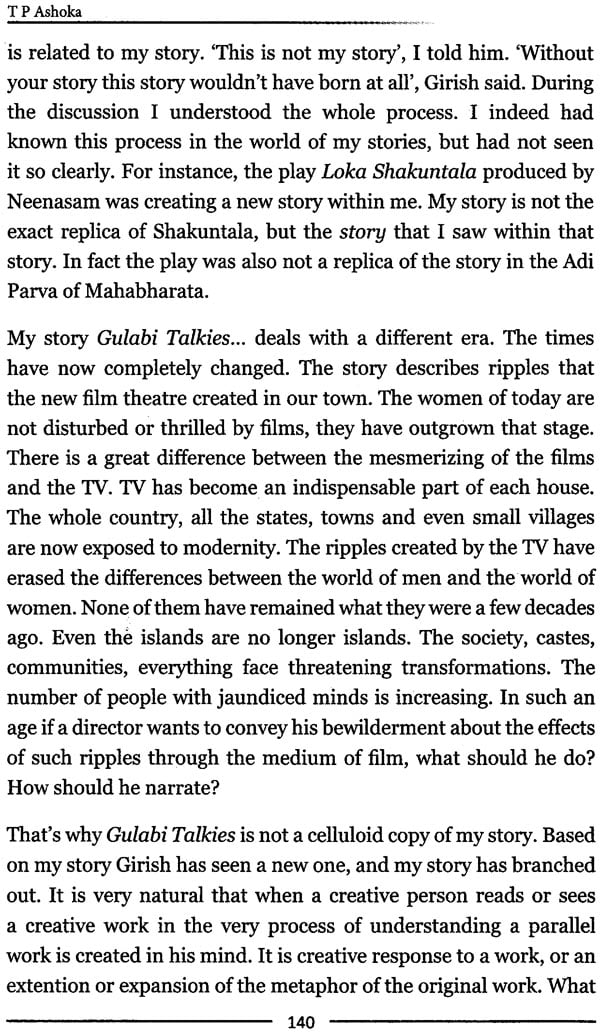 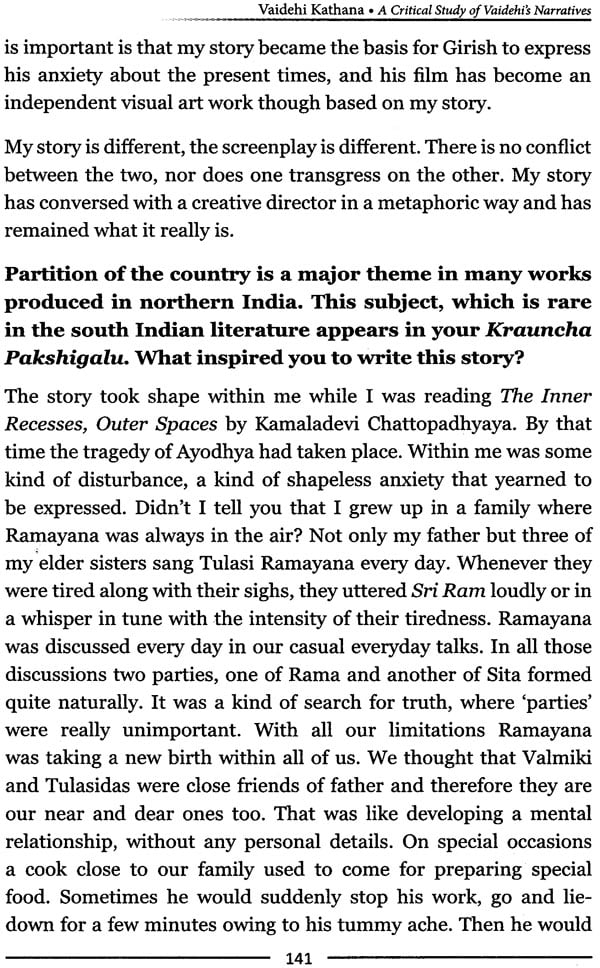 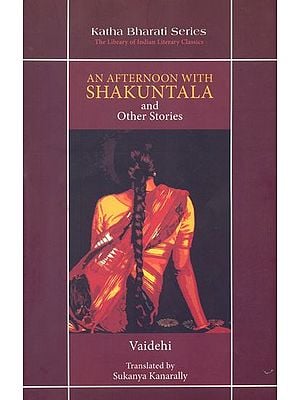 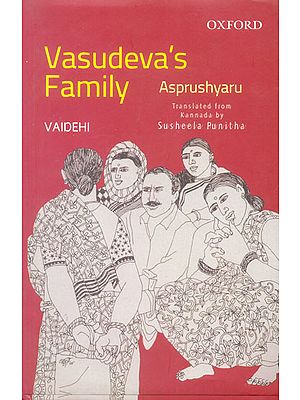 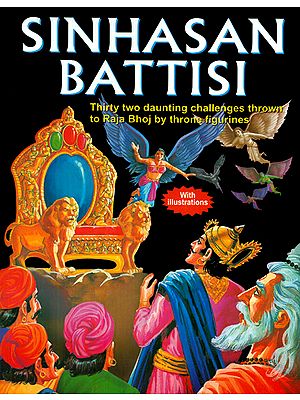 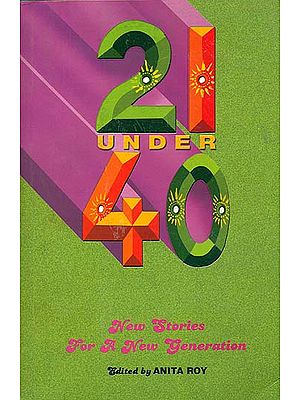 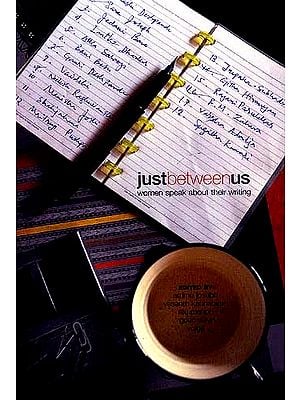 Just Between Us : Women Speak About Their Writing
By Edited By: Ammu Joseph, Vasanth Kannabiran, Ritu Menon, Gouri Salvi & Volga
$25.60
FREE Delivery
$32  (20% off)