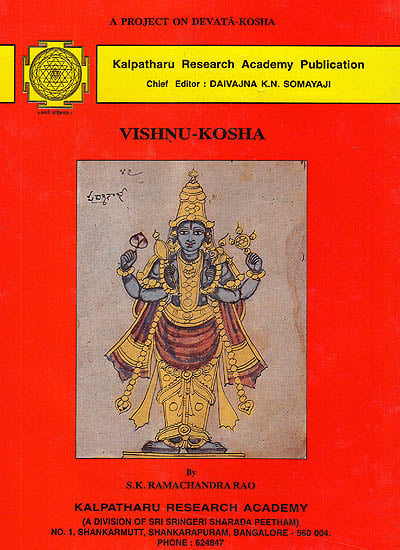 In his professional career, however, he was a Professor of Psychology. He has headed the Department of Clinical Psychology in the National Institute of Mental Health and Neurosciences, Bangalore, and the Department of Indian Culture in the Callison College Study Centre of the University of the Pacific (USA). At present, he is the Senior Associate of National Institute of Advanced Studies (Indian Institute of Science), Bangalore, and Guest Faculty, Indian Institute of Management. Bangalore; he is the visiting Professor of the Vivekananda Chair in the University of Mysore.

He has written more than sixty books in Kannada, a play in Sanskrit, and a Pali commentary on a Buddhist classic. One of his books on Iconography in Kannada has won the State Sahitya Academi Award, as also another of his books on the Tirupati Temple.

Among his numerous English publications are three of Encyclopaedia of Indian Medicine, (Popular Prakashan, Mumbai), Tibetan tantrik Tradition and Tibetan Meditation (Arnold Heinemann. Delhi), Consciousness in Advaita, and a series of six books on Indian Temples (IBH Prakashana, Bangalore). Origins of Indian Thought (Bangalore University); Kalpatharu Research Academy has published his Pratima-Kosha in six vol,s. Agama-Kosha in twelve vol’s. Art and Architecture of Indian Temples in three vol’s. He is at present engaged in a 30-volume project on Rgveda Darsana, three volumes of which have already appeared.

He is also a musicologist, a sculptor and painter, and has held some one-man shows. He presided over the Music Conference of Gayana-Samaja in Bangalore for the 1990.

The Kalpatharu Research Academy, Bangalore is an Institution running with the benign blessings of his Holiness Jagadguru Shankaracharya, Sri Sri Bharathi Theertha Mahaswamiji under the auspicious of Dakshinamnaya Sri Sringeri Sharada Peetham. Established in 1981, Kalpatharu Research Academy has strided across the horizon of Indological Research and Publications with giant steps, and today stands as an Institution known for its unique quality of Research work.

Kalpatharu Research Academy is dedicated to the cause of preservation of the ancient heritage of India; it has encouraged Research in the fields of Agama, Veda, Tantra, Jyoutisha, Mantra-Sastra, Vastu, Yoga, Silpa, Ayurveda etc.

Among its prestigious publications (numbering more than seventy till now), are Six Vol’s. of Pratima-Kosha, Twelve Vol’s of Agama-Kosha, Three Vol’s. of the Art and Architecture of Indian Temples, and several Koshas like Ganesha-Kosha, Lalita-Kosha and Navagraha-Kosha, Oshadhi-Kosha, Salagrama-Kosha etc.

The Academy has plans of undertaking intensive Research in the field of Veda and Vedanga, and intends publishing “Bharatiya-Samskriti-Sarvasva-Kosha” an Encyclopaedic work in several volumes dealing with all aspects of Indian Tradition and Culture. It seeks to promote Education, Culture, Science, Art, and learning in all its branches. The approach will be broad- based and multi-disciplinary.

An extensive, comprehensive and specialist reference library has been built up to assist the Research Workers in the Indological disciplines. A valuable collection of Palm-Leaf manuscripts relating to Veda, Vedanta, Vedanga and allied subjects has already been made; the collection work is continuing.

This Publication is the Sixty-Fifth of its achievement in this field.

Under the project of Devata-Kosha, which Kalpatharu Research Academy has undertaken, the Devata-panchayatana has been covered, with the exception of Vishnu. With the present publication, this series has been completed. Among the Panchayatana Devatas, Ambika (covered by Durga-Kosha), Ganesha (covered by Ganesha-Kosha), Surya (covered by Navagraha-Koshas in Two Volumes) and Siva (covered by Siva Kosha in Two Volumes) were dealt with in separate Koshas. In a similar manner Vishnu is dealt with in the present volume. As in the earlier volumes, the treatment is encyclopaedic in character, and fully illustrated with line drawings and photographs. Relevant textual references have also been given.

The Academy is grateful to Vidyalankara, Sastra-chudamani, Sangita-kalaratna Prof. S.K. Ramachandra Rao for having kindly accepted our invitation to prepare this volume, as he has done the other volumes in the series. The Academy feels that it is fortunate in having secured the cooperation of such as eminent scholar.

The Academy is naturally proud that it has been able to contribute so richly to the cultural revival in the country. The publications, more than sixty, have focussed attention on the Indian religion, Indian Art and Architecture and matters of general cultural interest. They have been well-received by the scholarly world, and have been immensely popular.

We are highly grateful to the benign blessings of the Acharya of Sri Sringeri Sarada Peetham, His Holiness Sri Sri Sri Bharati-Tirtha-Mahaswamiji, who has graciously consented to be the chief Patron of the Academy. We offer our profound respects at his sacred feet. We are also intended to Sri V.R. Gowrishankar, the Administrator of Sri Sringeri Sarada Peetham and Chairman of Kalpatharu Research Academy for his unfailing encouragement in all our literary endeavors.

We are also beholden to the authorities of the Ministry of Human Resources Development, Govt. of India, for their generous financial assistance. We also thank the Govt. of Karnataka for their support in our publication Programmes.

The Omkar Offset Printers, Bangalore, merit our grateful thanks for the excellent printing arid speedy production of this volume.

Vishnu is a popular Devata all over the country, and the antiquity of the worship of this god goes back to the Vedic corpus. There are several Vishnu-Suktas in Rgveda-Samhita. It was a work of love to offer this volume at the sacred feet of this great god, who has been my Kula-devata as well as Ishta-devata. The volume incorporates not only the general details of this godhead, but also the celebrated forms like the Twenty Four Murtis and the Ten Avataras. Also included in the volume are details of Parivara-devatas of Vishnu like Lakshmi, Garuda, Ananta, Sudarsana, Hanuman and Vishvaksena. 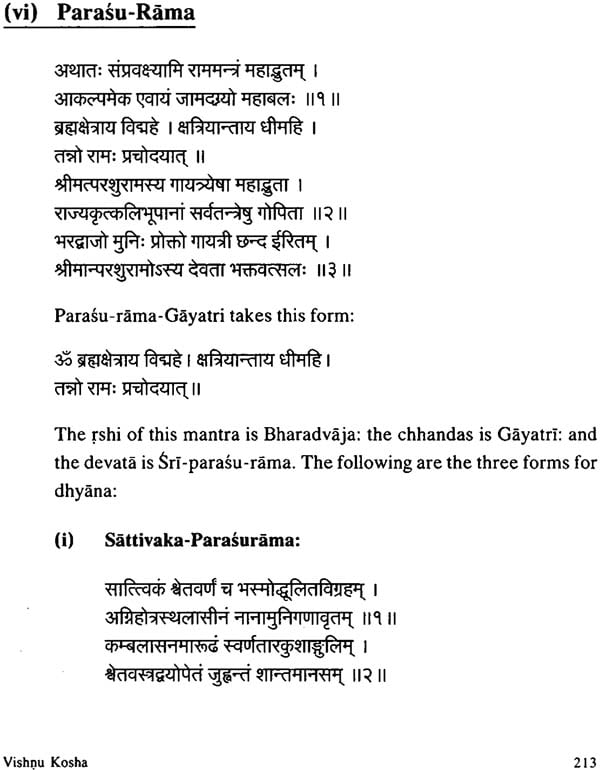 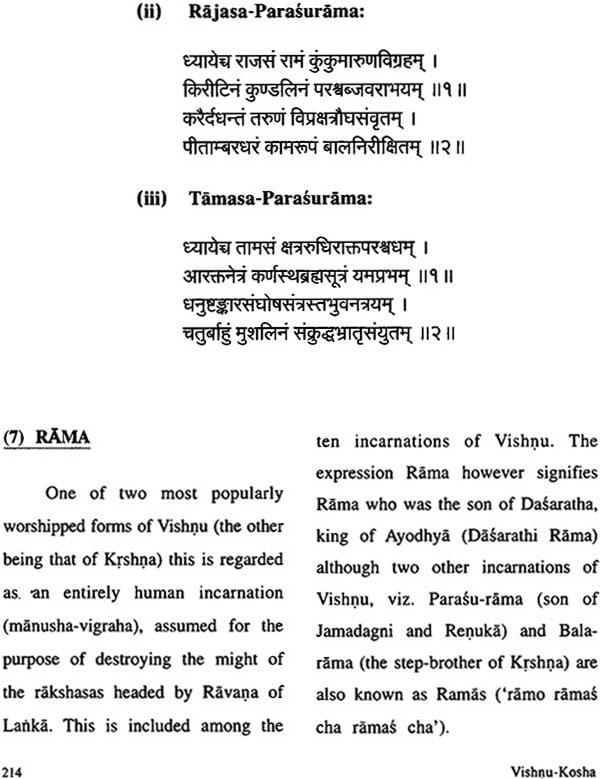 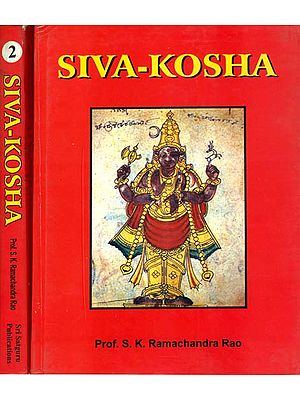 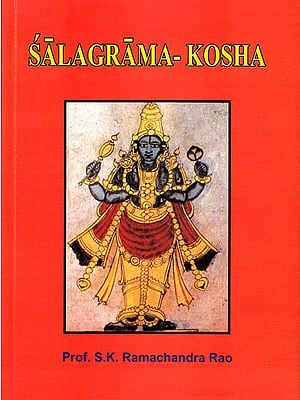 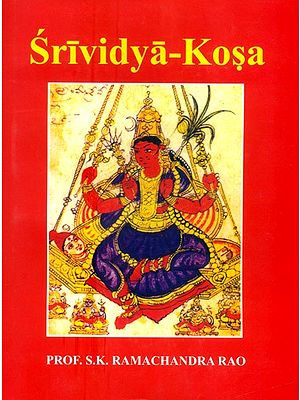 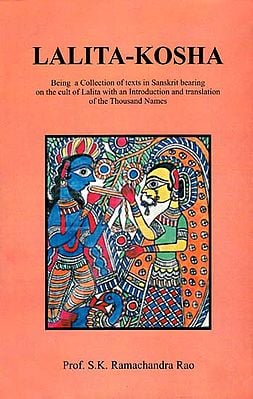 Lalita-Kosha (Being a Collection of Texts in Sanskrit Bearing on the Cult of Lalita
By Prof. S.K. Ramachandra Rao
$41
FREE Delivery 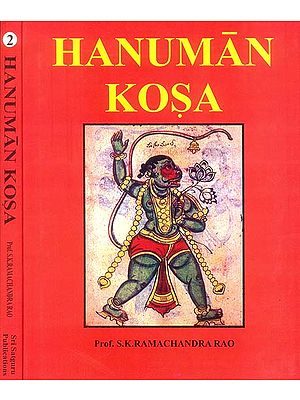 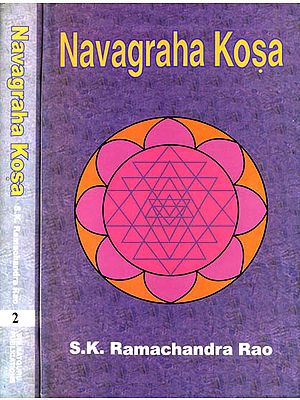 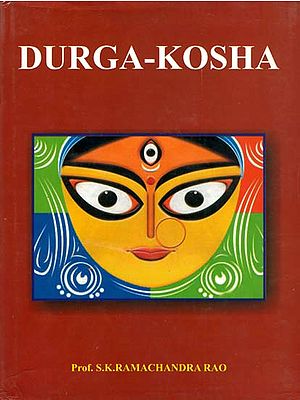 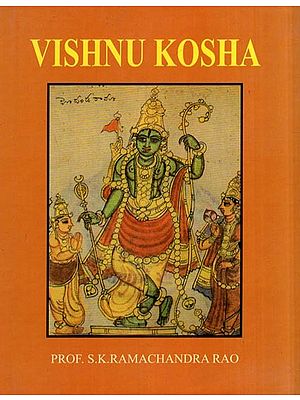 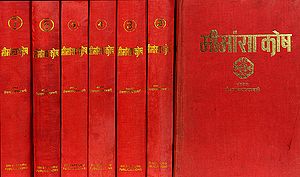 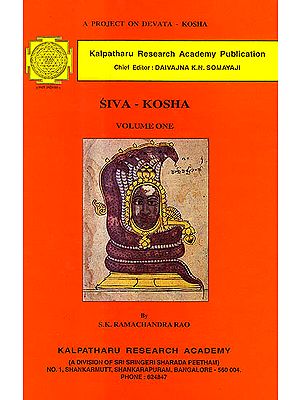 Siva-Kosha (In Two Volumes)
By S.K. Ramachandra Rao
$95
Sold Out 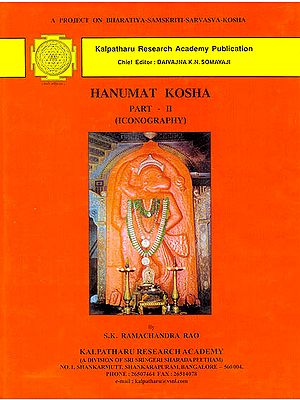 Varaha Avatara of Visnu In Art And Literature of Tamil Nadu
By S. Vasanthi
$95
FREE Delivery
Book FAQs
Add a review
Have A Question