FREE Delivery
$29
Quantity
Ships in 1-3 days
Notify me when this item is available
Back of the Book
What to do?' asks Karl when questioned about surrender. 'What was yours in the first place that is not owned by life already? What is it that you can surrender? Surrendering simply appears as an arrogant idea of a me trying to surrender something. Besides, why do you surrender? You surrender because you want some advantage from it!'

These talks, loaded with scathing pointers, were delivered at a blistering pace at the foothills of Arunachala, the mountain that he loves to call as the 'Light of Shiva'. Karl delights his audience with his idiosyncratic English and his crazy wisdom... often more to confuse but never, as he claims, to enlighten them. As he speaks like an empty loudspeaker, the living words talk from the Self to the Self entirely bypassing the personality. There is no escape, however. You can go to the most distant part of the Universe and who do you find there? You! 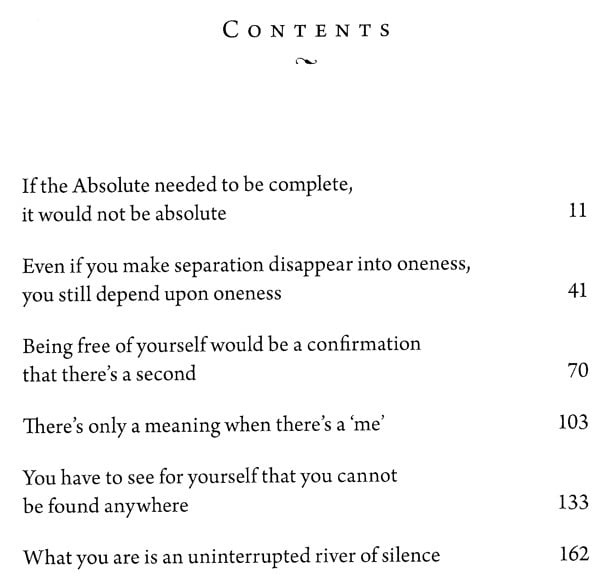 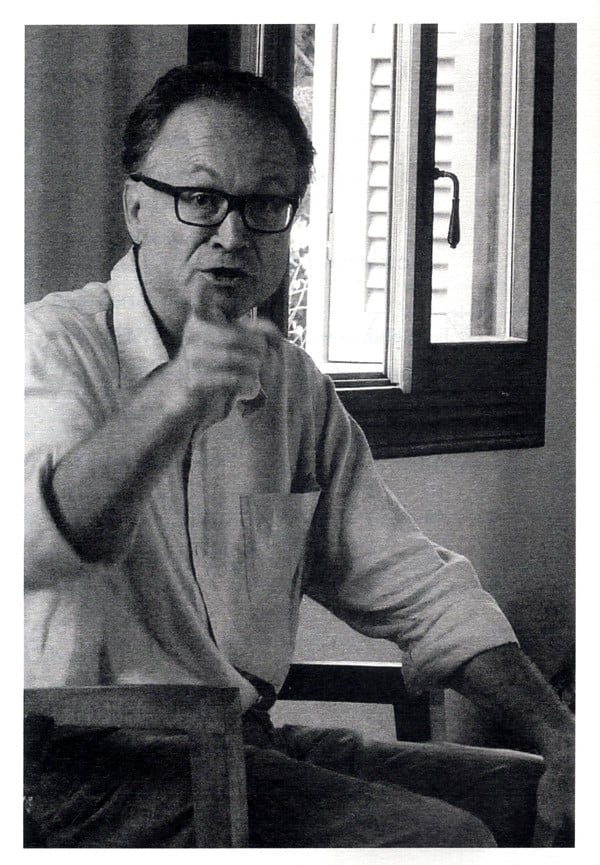 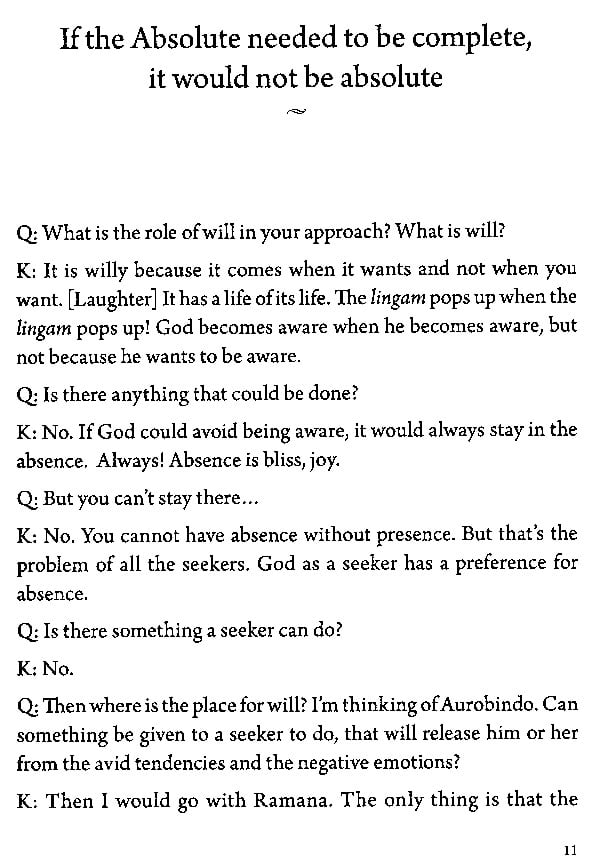 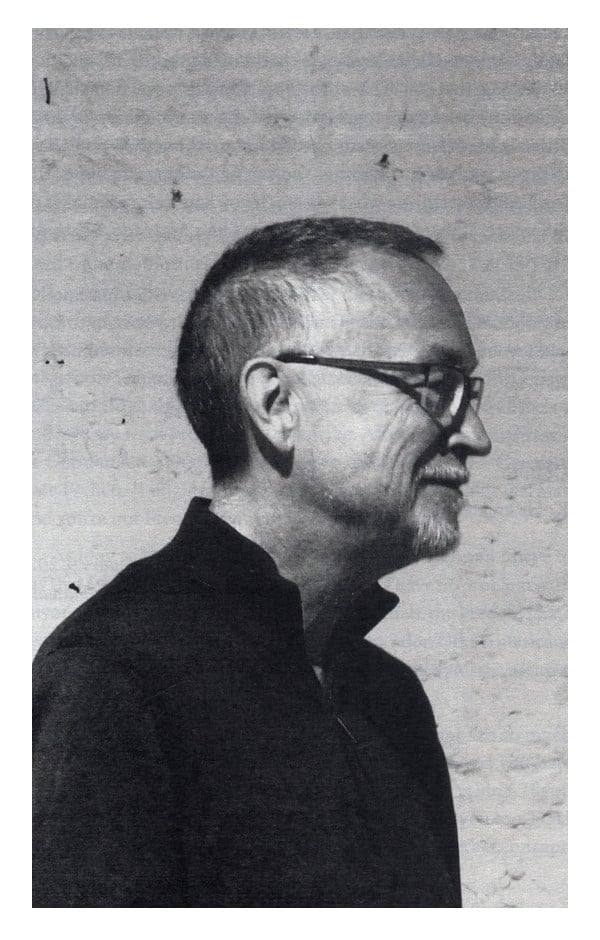 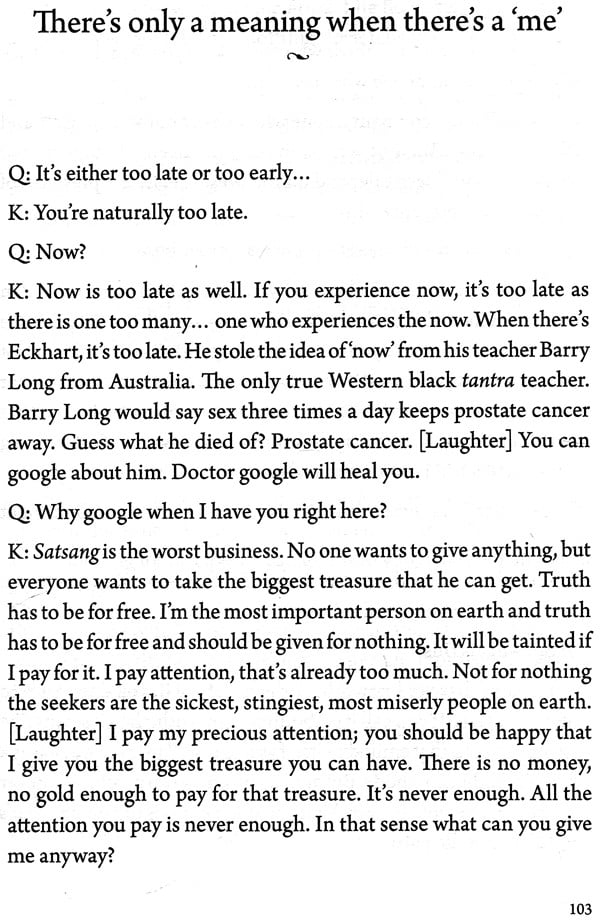 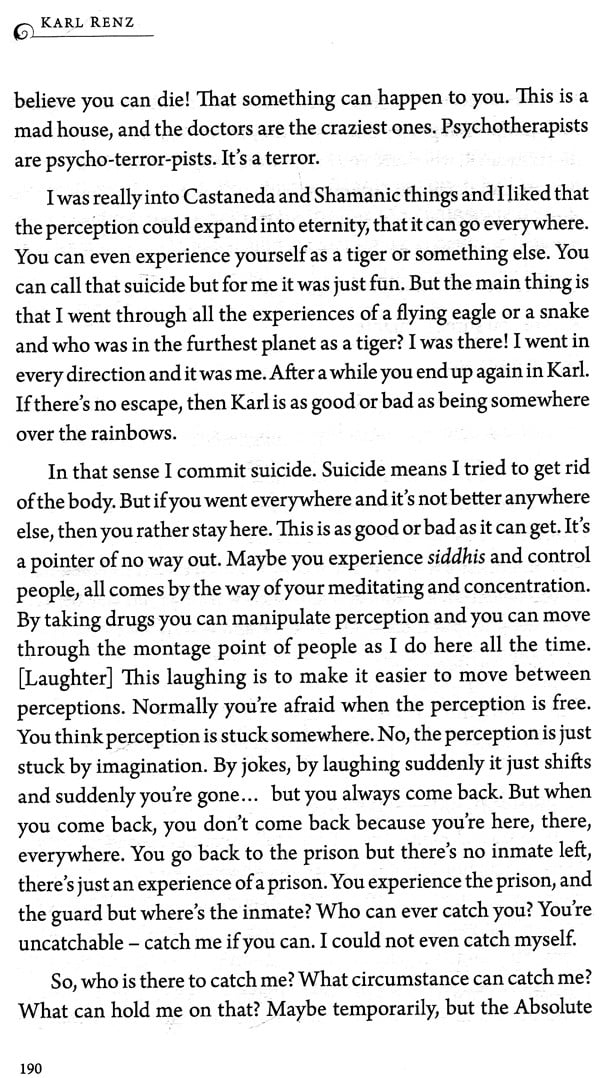 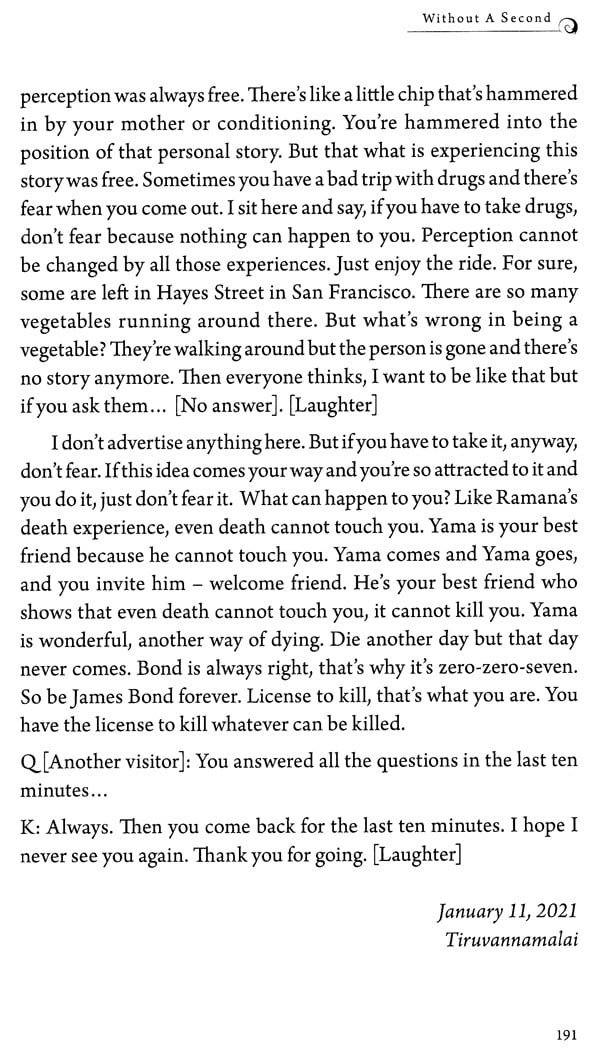