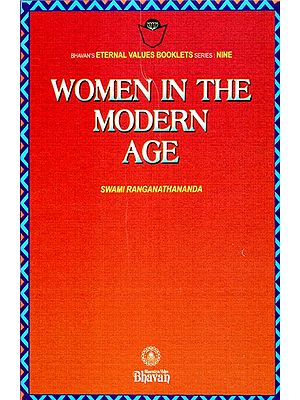 Women in the Modern Age

$12
Quantity
Ships in 1-3 days
Notify me when this item is available
About the Author
Born in the village of Trikkur, Kerala State, on December 15, 1908, Swami Ranganathananda joined the Ramakrishna Order, the international spiritual and cultural movement founded by Swami Vivekananda, at its branch in Mysore in 1926. He was formally initiated into Sannyasa in 1933 by Swami Shivananda, one of the eminent disciples of Sri Ramakrishna and the second President of the Order. After spending the first twelve years in the Order's branches in Mysore and Bangalore, the first six years of which as cook, dishwasher and house-keeper and later as warden of students' hostel, he worked as Secretary and librarian at the Ramakrishna Mission branch at Rangoon, from 1939 to 1942, and thereafter as President of the Ramakrishna Math and Mission, Karachi, from 1942 to 1948.

In 1986 he was awarded the first Indira Gandhi Award for National Integration.

He has a versatile and facile pen, and has to his credit a number of publications, chief amongst which are : The Message of the Upanisads, A Pilgrim Looks at the World, Vols. I and II; Four Volumes of Eternal Values for a Changing Society - Vol.1 : Philosophy and Spirituality, Vol.2: Great Spiritual Teachers, Vol.3: Education for Human Excellence and Vol.4: Democracy for Total Human Fulfilment; (Bharatiya Vidya Bhavan's Publications); Human Being in Depth (State University of New York publication), Practical Vedanta and Science of Values (Advaita Ashram publication), 28 video tapes expounding the entire Gita sloka by sloka, 60 titles of audio tapes expounding the ideas of Ramakrishna, Vivekananda and Vedanta.

Introduction
I have come to Srinagar after ten years; during my last visit, I spent several days here addressing the university, Women's College, public meetings, and also several army groups in Srinagar and nearby places. This time, it is a brief visit of five days and I return day after tomorrow to Hyderabad. I am very glad and thankful to the Principal of this Women's College for arranging a programme here where I can meet the young women getting education in this institution and also the teachers imparting the same. 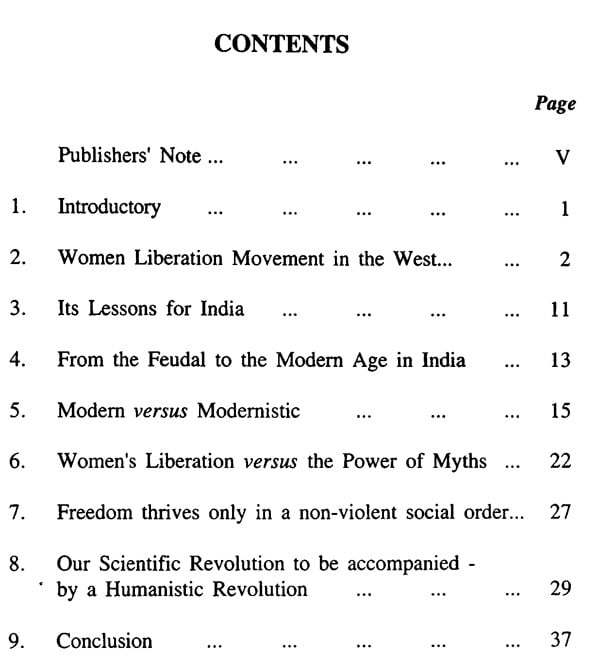 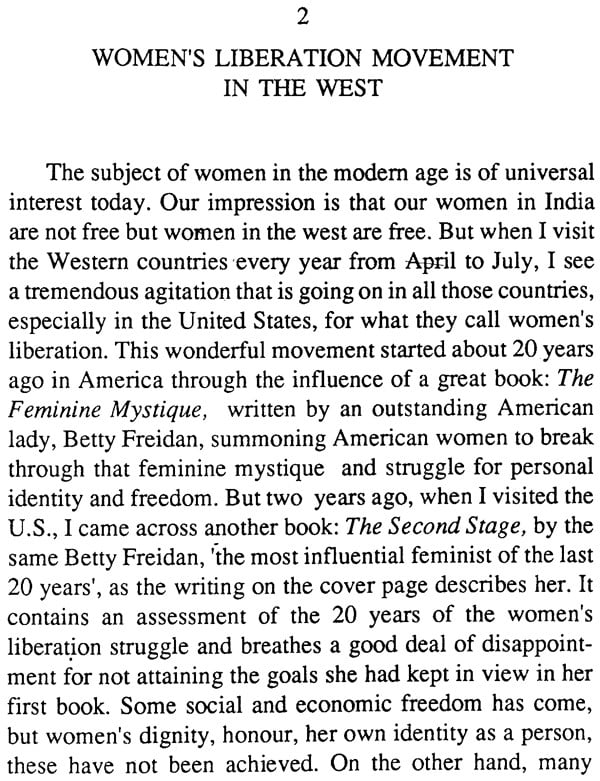 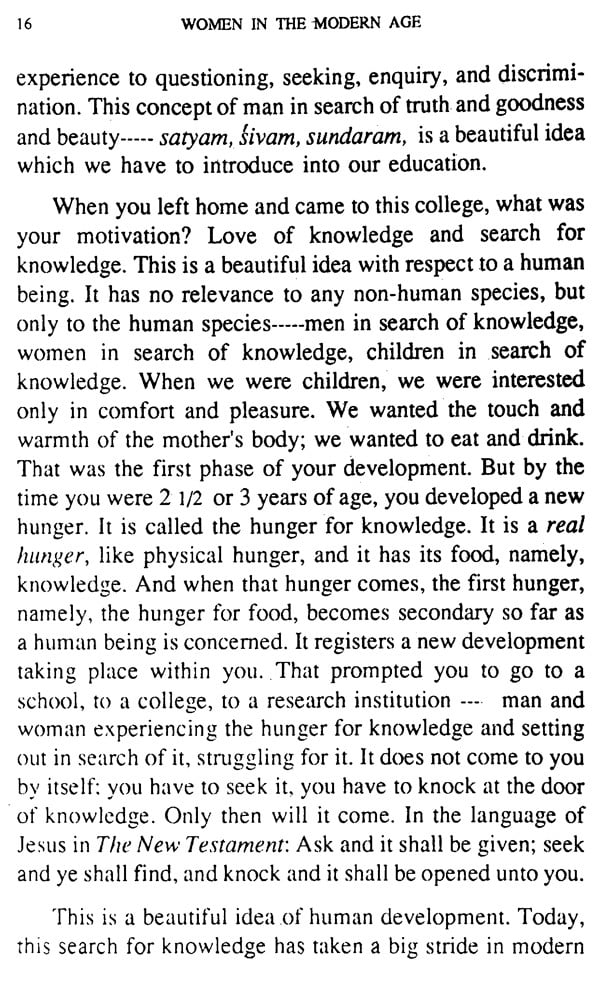 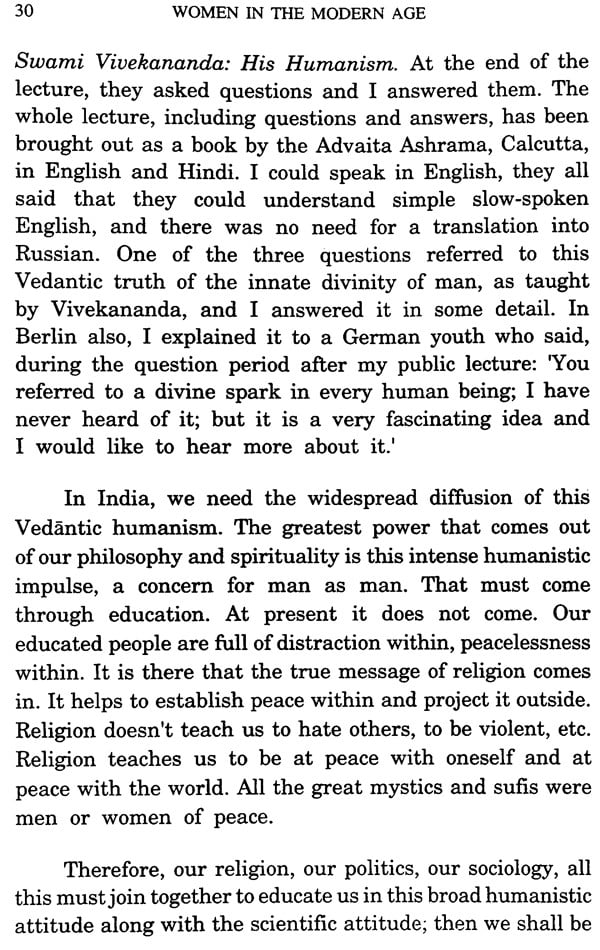 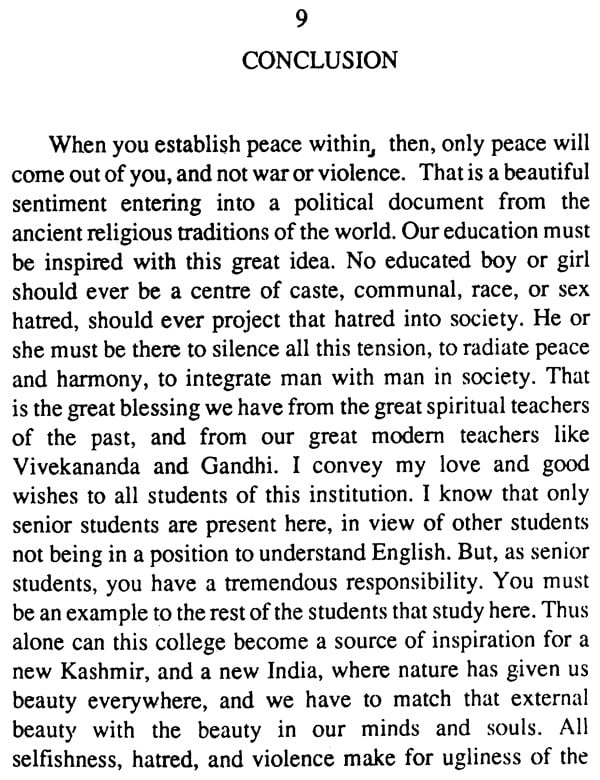