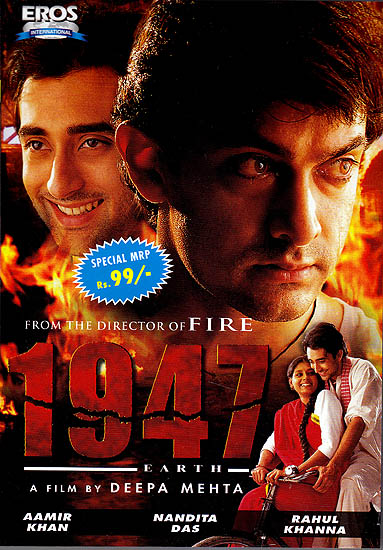 1947 earth is shown form the perspectives and memories of an eight year old Parsee girl Lenny. In the film it is said by one of the main character Hindu Mussalman or Sikh we’re all bastards. All beasts like that cages lion which scares Lenny body lying in wait for the cage to open. A cage whose opening frees the evils of murder loot and kidnapping. In the film the opening of the cage is depicted with the Britishers leaving India and therewith cousing groups stands a Parsi family who has to see how their friends are either fleeing or being killed. In all this hatred the tragedy and Hasan. These three characters provide a reflection of a maddening society where friends become enemies and are even prepared to kill each other.