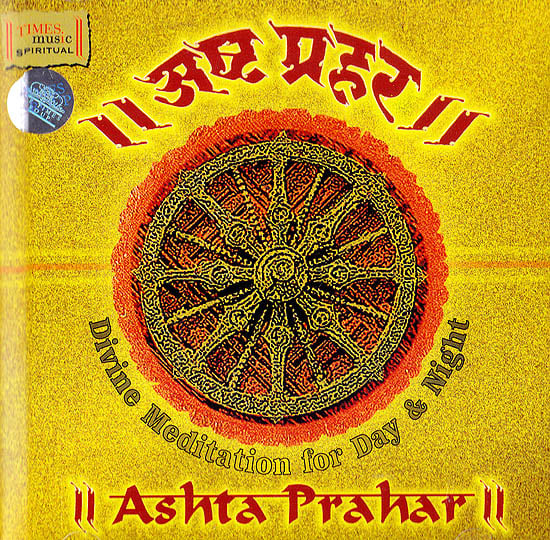 In Hindu Belief times is a cyclical rather than in linear concept. The cycle of birth death and rebirth is evident everywhere in nature and the sun itself is the most obvious heavenly body that not only sustains life on earth but in so doing makes a daily journey according to the dictates of time. In observing the constraints of time and in its apparent motion the sun also defines times on earth giving each sector of the 24 hours cycle a unique character of its own.

Starting from sunrise and going all the way to the deepest darkness before the rising sun once again baths everything in its light and beauty each time sector has very definites characteristics. It is linked not only to the wider cosmic scheme of things but also to the more mundane day to day human existence in terms of the tasks that have to be performed with in the 24-hour cycle.

The day is divided into eight sections of three hours each known as Paher in modern Urdu/Hindi or Prahar in Sanskrit. The rang system of North Indian Classical music is also inextricably linked to these time observances. Apart from the observance. Apart from the observance of time as taal for rhythm within a melody each of the eight sections of ay have specific raags for melodic structures deemed appropriate for that part of day. These are sometimes distributed according to musical properties of the raag but more often than not it is based on ras which literally means juice but broadly speaking it refers to a certain emotion inherent in the melody.

This album follows the sun on its apparent journey through the day pausing at each vital section to interpret its beauty and its spiritual significance through a relevant Vedic Shlok in Sanskrit. The shlok is followed by a bandish in Hindi or Braj Bhasha (Classical literary Hindi) composed in the appropriate raag for that time of day. Although the raags are relevant to a particular section of the day the entire album can be enjoyed as a continuous journey tracking the changes through the cycles of day and night.

India’s ace flautist needs no introduction to music lovers all over the globe. By virtue of his phenomenal talent he and the Bansuri are literally synonymous his versatility with the artistic medium as an inspiration to his numerous followers. Ronuji trained under his father Dr. Bhanu Majumdar Late Pandit Laxman Prasad Jaipurwale and finally under achievements includes innumerable performances in the enviable niche for himself in the field of contemporary popular music that is exemplified by his grammy Nomination in 1996. Pandit Ronu Majumdar’s yearly performance schedule includes venues all over the world which are so diverse that one cannot help but wonder at the man’s range of expression which enable him to musically mesmerize people across all barriers of age boundaries and communication.

Like separate threads that come together in a beautiful braid the individual talents of Ashit and Hema Desai have been woven together for the last twenty years. Their partnership is both personal as well as professional. The meteoric rise to fame achieved by the duo may have been equaled by very few and surpassed by fewer still.

It has been a partnership more that sixty albums already released in addition to innumerable live concert performances. The fare includes some Hindi Bhajans and Ghazals and many Bhajans folk songs. Ghazals and Surgam Sangeet renderings in Gujarati and Hindi Ashit and Hema are frequent and popular performers on all India Radio and numerous television channels. Their involvement in creative music total and complete. They have pioneered the concept of thematic concerts which highlights the rich traditions of Gujarat and are marked by a high aesthetic quality. Success at home has brought them opportunities for equally successful concerts abroad where they have regaled large audiences.

A well established name among the vocalists today. Sanjeev’s training in music started early in life. His mother shobha Abhyankar was his first guru who introduced him to the world of Indian classical music when he was just eight years old. Later he trained under Pandit Pimpalkar and eventually was groomed by Padmavibhushan Sangeet Martand Pandit Jasraj. Sanjeev has the gift of a supple sweet voice that glides effortlessly across the octaves and he knows how to use these assets to unfold and embellish the beauty of the compositions to the optimum. He is deeply influenced by his legendary Guru Pandit Jasraj. However he is far from being a mere replica of the maestro and leaves a lasting impression of his individuality using his own creative intelligence. He has been invited to participate in numerous prestigious music festivals all over India. Audiences the world over adore him too.

Her maturity as a performer has really impressed the critics on the Indian sub continent. This could be attributed to the advantage she had of being born and brought up in a family of renowned musicians her mother Usha Pandit, herself if a well known disciple of Pandit Jitendra Abhisheki was her first since the age of ten she has imbibed music from many other maestro including Kishori Amonkar. Her versatility has brought her fame in the Indian film industry as a playback singer too. Devaki Pandit is one of the rising stars of Indian classical vocal music.

An established name among the vocalists. Pandit Ajay pohankar in Indian his presence felt decades ago as a child prodigy. His training in Indian classical vocals began under the able guidance of this mother Dr. Sushila Pohankar a representative of the Gwalior and Kirama Gharanas. He also had the good fortune of close interaction with some of the all time greates of classical vocalists like Ustad Amir Khan and Pt. Kumar Gandharva and was deeply inspired by them. He worked Painstakingly for years and created a distinct style of his own. He has a rich voice and his mastered modulations express a wide range of emotions quite effortlessly. Apart from pure classical vocals his renditions of light classical forms like Thumri and Dadra are any music lover’s delight.