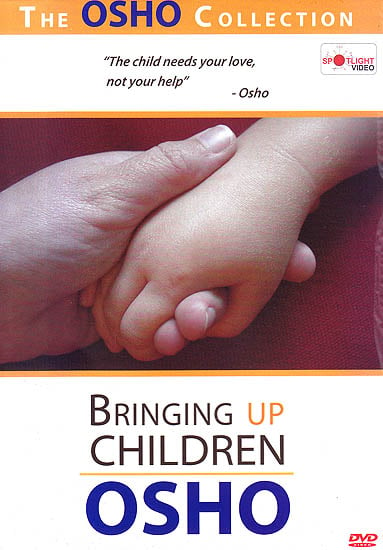 Every way to help a child is wrong. The very idea to helping is not right. The child needs your love not your help. The child needs nourishment support but not your help. The natural potential of the child is unknown so there is no way to help him rightly to attain to his natural potential. You cannot help when the goal is unknown all that you can do is not interfere. And in fact in the name of help everybody is interfering with everybody else and because the name is beautiful nobody objects.

Of course the child is so small so dependent on you he cannot object. And the people around are just like you they have also been helped by their parents the way you have been helped. Neither they have attained their natural potential nor have you.

Osho’s teachings defy categorization covering everything from the individual quest for meaning to the most urgent social and political issues facing society today. Osho has been described by the Sunday Times in London as one of the 1000 Makers of the 20th Century and by American author tom Robbins as the most dangerous man since Jesus Christ. About his own work Osho has said that he is helping to create the conditions for the birth of a new kind of human being.

He has often characterized this new human being as Zorba the Buddha Capabel both of enjoying the earthy pleasures of a Zorba the Greek and the Silent Serenity of a Gautam Buddha. Running like a thread through all aspects of Osho’s work is vision that encompasses both the timeless wisdom of the East and the highest potential of western science and technology.

Osho is also known for his revolutionary contribution to the science of inner transformation with an approach to meditation that acknowledge the accelerated pace of contemporary life. His unique meditations are designed to first release the accumulated stresses of body and mind so that it is easier to experience the thought free and relaxed state of meditation.

Osho is one of the Most important contemporary mystics of our time. Known for his revolutionary contribution to the science of inner transformation he inspires millions of people from around the world with his message of transformation through meditation.

Osho is one of the Most important contemporary mystics of our time. Known for his revolutionary contribution to the science of inner transformation he inspires millions of people from around the world with his message of transformation through meditation.

Back of the DVD

For Osho True Education consists not in helping our children but in letting them grow free to develop natural talents and reach an unknowable potential as unique individuals your concern should be to take away all the dangers, but not to interfere with the child let them go their own way, he says in this talk with is singular perspective Osho analyzes the life of a human being demonstrating amongst his other insights that the first seven years have a determinant powerful significance on a child’s growth.