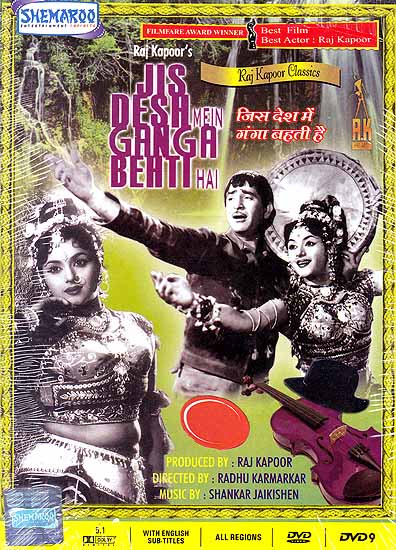 A naïve simpleton stumbles on to the hide out of a group of dreaded bandits. He tries to persuade them to reform with his simple homilies and love. Probably one of Raj Kapoor’s best films, which like his earlier films dealt with social themes, with a touch of drama, operatic songs and grand gestures.