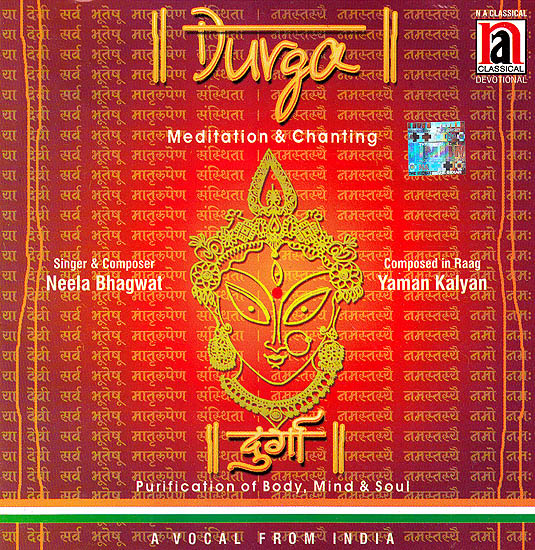 Purification of body, Mind and Soul.

A vocal from India

Even a cursory glance at her bio data makes it clear that Neela Bhagwat has had exposure to the arts and literature. Her interest in such diverse fields as the theatre and mass communication has not been merely academic. She has experienced each medium from within. She regards music as an effective language. Having internalized influences from different sources music becomes a medium of communication to her. The approach is reflected in her music as well as her general perspective on music.

Neela Bhagwat has received training from pandit Sharadchandra Arolkar of the Gwalior gharana who was respected as an exponent of the authentic khayal. In her writing as well as lectures she lucidly exlairs the three basic ingredients of music i.e. rhythm melody and poetry and how they achive a synthesis in the art form called the khayal. Neela bhagwat has worked out an elaborate system of education and socialization of various age groups.

Having masters the idiom of the Khayal Neela Bhagwat has made an attempt to mould if for the purpose of expressing the contemporary ethos. She has made compositions which depict the sensibilities of a modern woman. Known as a singer whose music appeals to the heart as well as the intellect Neela Bhagwat is acknowledged to be a significant talent on the contemporary scene.

The listeners and devotes of Devi can share through this compact disc the universal invocation to the ageless goddess Devi. The invocation is in the inimitable voice of the much appreciated Hindustani singer Smt. Neela Bhagwat Neela Bhagwati’s emotion laden voice creates an instant effect. She has set the shlokas in the Raga Yaman Kalyan which is acclaimed for it’s Shanta Rasa. Listening to this mantra in praise of Devi brings equanimity and peace which is the most divine flower of life’s achievement one experiences a solemn glory of revelation as one hears the placid notes of Yaman kalian interwoven with chant’s extolling Devi.