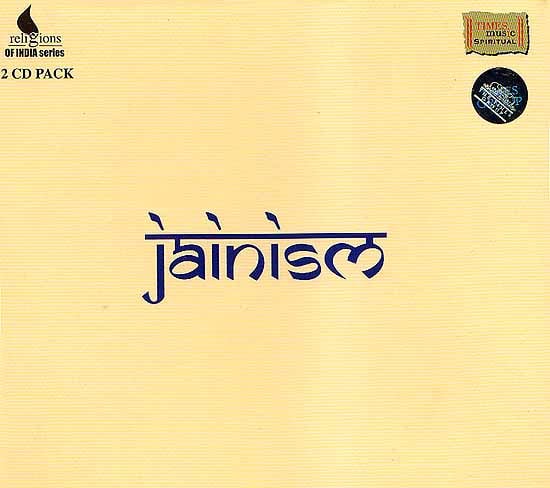 How well do you know your religion? Do you often find yourself questioning your faith? Do you wish to understand the significance behind each of the beliefs you have been blindly following since childhood?

Times Music presents you with a comprehensive guide to the Jain religion with ‘Jainism,’ an album which tells you all that you need to know as a true Jain. ‘Jainism is a part of the ‘RELIGIONS OF INDIA’ series which explores the depth of popular world religions like Hinduism, Jainism, Buddhism, Sikhism, etc. the album is an amalgamation of various Jain mantras and texts like the Navkar Mantra, Bhaktamar Stotra and Ratnakar Pachchisi. The album takes its base from all these authentic texts and presents you with a basic guide to living through the teachings of the religion.

Jainism, traditionally known as Jain Dharma, is one of the oldest religions of the world. Jainism considers religion as a science of ethical practice and conceives the human body as a chariot on which the soul rides towards liberation. It states that every soul can attain Godhead, i.e., supreme spiritual individuality by realizing its intrinsic purity and perfection. Jainism lays down a definitive course of practical moral discipline, contemplation of the highest truth and reorientation of life in light of the Panch Parameshthi for attaining for attaining ultimate reality or truth. Along with other Indian systems, it prescribes a path to liberation (moksha) which consists of the three jewels or trinity - right perception, right knowledge and right conduct. A true Jain ought to know the six universal entities (soul, matter, motion, rest, peace and time) and nine tattvas (jiva, ajiva, asrava, bandh, punya, papa, samvara, nirjara and moksha) for leading the ideal way of life.

The Jains follow the teachings of the 24 Jinas (conquerors) who are also known as Tirthankars. The 24 tirthankaras in chronological order are - Adinath (or Rishabhnath), Ajitanath, Sambhavanath, Abhinandananath, Sumatinath, Padmaprabh, Suparshvanath; Chandraprabhu, Pushpadantanath (or Suvidhinath), Sheetalanath, Shreyansanath, Vasupujya, Vimalanath, Anantanath, Dharmanath, Shantinath, Kunthunath, Arahanath, Mallinath, Munisuvratanath, Niminath, Neminath, Parshvanath and Mahavir (or Vardhamana). Jains have significantly influenced the religious, ethical, political and economic spheres in India for over two millennia. One of the main characteristics of Jain belief is the emphasis on the immediate consequences of one’s psychic behavior. Jainism stresses spiritual independence and equality of all life with particular emphasis on non-violence. Self-control is vital for attaining omniscience and eventually moksha, or realization of the soul’s true nature.