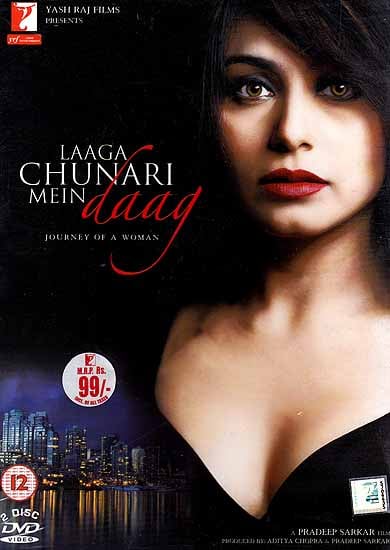 Badki and Chutki live a fun-filled life in Banaras, playing pranks, sneaking off to see a forbidden mujra, and soaking up all the excitement that goes on the ghats of the Ganga. Badki is aware that the family is in dire straits, but she and her mother protect Chutki at all costs. When things get worse, Badki decides to go to Mumbai and seek a living for the family.

Alone and unsupported in the midst of the urban jungle of Mumbai, Badki battles with dark forces, keeping her focus on her purpose to support her family and continue Chutki’s education. She deliberately morphs into someone else, leading a secret life full of murky compromises.

When Chutki comes to Mumbai to work, things take a dramatic turn. Badki’s life turns into a minefield, as she has to hide her secrets from Chutki; Chutki finds success at work, and love that delights her heart. Badki finds the magic of love, but lets it slip away before it can blossom, as she believes it’s not in her destiny. She battles menace and blackmail alone, not letting these dark shadows fall on Chutki or her family.

But her dual life is revealed, and the two sisters are face to face, in a confrontation neither had expected. And when love beckons Badki again, the whole family is thrown in a tumultuous storm. Everything threatens to explode in their faces, destroying all of them.

Will Badki get the happy ending she deserves? Or will the shadows of her past douse the lamps of hope? Will her secrets ruin Chutki’s happiness? Can parents face up to all this?

Digital Dolby 5.1 Sound
NTSC Format – All Regions
Design: YRF – DC
Dual Layer Format: Layer transition may trigger a slight pause. Some players may not be able to access all features.