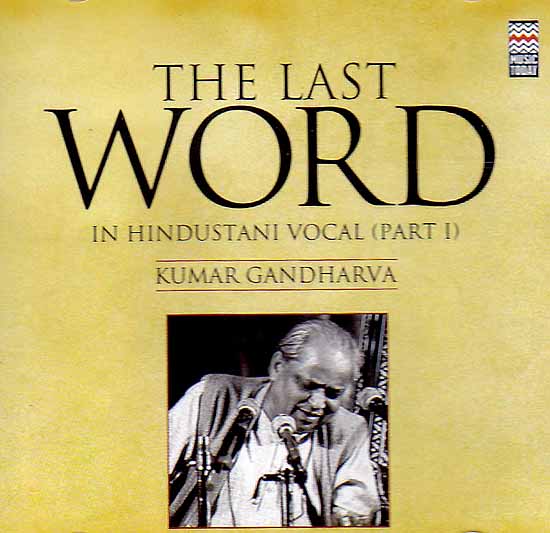 One of the brightest stars in the firmament of Indian classical music, Kumar Gandharva was a vocalist known for his revolutionary spirit. He was a path breaker and trendsetter in many spheres of classical music.

Kumar Gandharva was born on 8 April, 1924 at Sulebhavi village, about 18 kilometers away from Belgaun Karnataka. He was a child prodigy and could exactly reproduce the recorded compositions of Ustad Abdul Karim Khan, Ustad Faiyaz Khan, Pandit Omkar Nath Thakur, Sawai Gandharva, Kesar Bai Kerkar and many others. Perceiving his talent, Professor Deodhar took his under his tutelage and trained him in classical vocal music for eleven years.

Although connected with the Gwalior gharna, Kumar Gandharva had his own distinctive style of singing. Instead of following a traditional gharana, which he found restrictive, he developed his own style, which was a blend of classical and folk music. His music was not born out of riyaz but blossomed out of his own introspection and musical meditation. Whatever composition he sang, he never repeated himself-whether it was a classical Bandish, Bhajan or a folk song. While performing, he would be fully involved in the act of creation and would make his listeners share the same agony and ecstasy of creation that he himself experienced. He also composed “Geet Hemant, Geet Vasant, Triveni, Rituraj Mehfil, Tambe Geet Rajani and Hori”, which were instant hits.

A recipient of a fellowship from the Sangeet Natak Academy, Kumar Gandharva was honoured with the Padma Bhushan and D. Litt, from the Vikram University. There were many institutions, which honoured him and in turn would get honoured themselves.

This album brings out the unforgettable music of the legend, who is truly the ‘Last Word’ in Hindustani vocal classical music.

‘The Last Word’ is an exclusive series of 6 CDs, which signify ‘6 unparalleled names in the field of Classical music.’ This series presents 6 stalwarts whose names are synonymous with the respective instruments they play or they are known as the ultimate names in their respective arena of vocal music. Each album showcases & salutes the magnitude of musical treasure of the grandest maestros of Indian classical music, by presenting them in all their splendour. Each of these musical greats has done more than just create sublime music. They have created history with every stroke on their instrument, with every chord in their voice. Every album in this series brings out some melodic marvels of the most popular and celebrated classical stalwarts from India’s musical treasure. This album features Kumar Gandharva, who is undoubtedly the ‘Last Word’ in Classical vocal music.