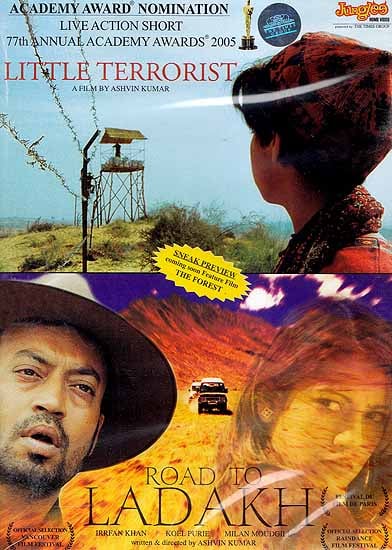 Little Terrorist is the heartwarming story of a Pakistani boy who accidently crosses the mine-field strewn India-Pakistan border. He finds himself stranded in a foreign country and branded a terrorist. THE MAKING OF LITTLE TERRORIST takes an international crew recruited from the internet to the deserts of Rajasthan where they meet for the first time. They are entrusted with wrapping the picture in six short days of shooting.

ROAD TO LADAKH is a suspenseful tale of a feisty fashion model who falls in love with the wrong kind of mysterious stranger near the borders of India and Pakistan. A road-movie that drew the talents of actor Irrfan Khan (The Warrior) and a European crew to complete an overly ambitious Himalayan adventure so fraught with disasters that it nearly didn’t get finished; as documented in THE MAKING OF ROAD TO LADAKH.