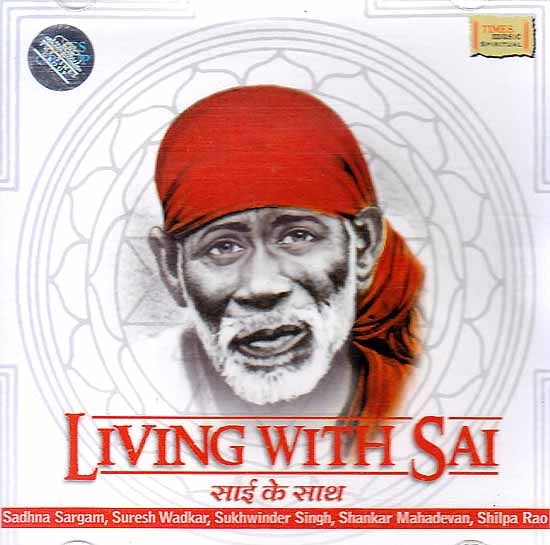 Only the realized souls know that the life under the protection of a sadguru is much more joyous and meaningful than the life in so called heaven how-so-ever grand it may seem.

A leading torchbearer in spreading the life and messages of Shri Sai Baba of Shirdi in India and abroad for over the last two decades shri Chandra Bhanu Satpathy Ji a retired senior bureaucrat from Government is an ardent Sai devotee Hailing from Orissa Shri C.B. Satpathy ji is a writer Poet Music Composer social reformer and is known as Guruji by Millions of Shirdi Sai Devotees

With his inspiration the Sai Utsav an annual dedicated towards the spread of Sai consciousness across the globe was started at Chicago USA in the year 2001 & Subsequently celebrated at Sydney, Johanburg, Nairobi & Similar Functions organized at various places the world over. One of his major contributes is the creation of a rich library on Sai Literature containing original books magazines research material on Shri Shirdi Sai to help researchers and devotees alike.

He has authored books titled Shri Shirdi Sai Baba and other perfect Masters and baba May 1 Answer in English. His books have been translated in many languages like Hindi, Marathi, Telugu, Odia, Assamese, Tamil etc. many Magazines & Journals like the Heritage of Shirdi Sai Baba Sai Baba Darshan & Sai Baani, Sai Kirnalu, Sai Ananta are being published under his patronage.

Shri C.B> Satpathy ji comes a family of musicians & writers. He is an accomplished musician in classical light & folk music in his own rights. His poems & lyrics in Hindi are contained in a published work captioned Sai Sharan Mani. He is written & composed devotional songs in different languages like Hindu, Telugu, Odia. His lyrics & compositions in this album are in the form of direct divine communion with the master shri Shirdi Sai Baba. The musical renditions will surely carry the listeners to the beautiful world of Sai engulfing them with ecstatic Sai consciousness let’s live with shri Sai Ke saath.

Ah ! there he was
his compassion unfathomable
Standing before me in tattered clothes
And an unkempt beard
with words that surpassed
A Melodies symphony
was I dreaming
I do not know

Then his glory I bright
Resplendent glow engulfed me
His voice of divine ecstasy beholden me
Child I am your masters:
I am in you
you came from me you cam for me
that is your desting awake and see.