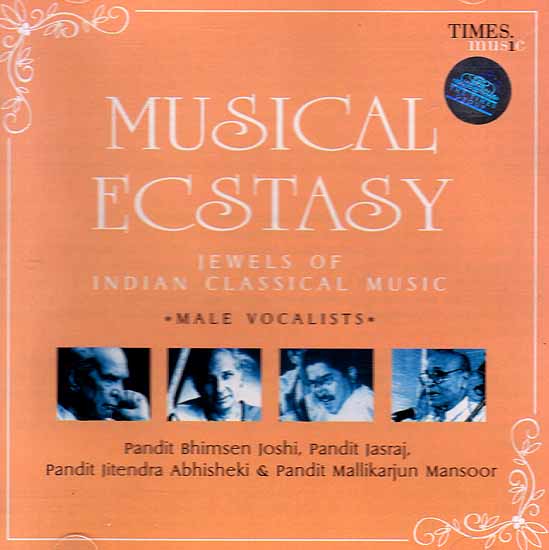 He sang for more than sixty years. And he sang till almost the very last, weaving a special urgency and earnestness in his treatment of melody. The late Pandit Mallikarjuna Mansoor who sang with a new creative impulse each time, was born in Mansoor village in Dharwar, Karnataka in 1910, Pandit Mansoor was trained initially in the basics of Carnatic music from Shri Appayya Swami. He then received training in the Gwalior Gharana style under Pandit Neelakanta Bua, followed by training in Jaipur – Atrauli Gharana tradition by Ustad Manji Khan and Ustad Bhurji Khan. His style has thus been an assimilation of the influences of these three musical traditions. He was bestowed with Sanger Natak Academy Award, the Padma Vibhshan and the Kalidas Samman (from the Madhya Pradesh Government).

Pandit Jitendra Abhisheki was popular musician who strode the classical and the Marathi stage music with equal ease. Born in 1932 in Mangeshi, Goa, as a son of the head priest, he received his classical training under Pandit Jagannath Purohit. Influenced intensely by both the immense traditions inherent in Indian Classical Music as well as the scope it provided for modern innovations, Pandit Abhisheki gave full rein to his creative abilities by blending traditional ragas with new compositions and introducing the western operatic style to the Marathi theatre. He received several awards including Padmashri and the Sanger Natak Akademi Award.

Pandit Abhisheki absorbed several ideas from all his teachers to from his own style of Hindustani classical. He was a doyen of Agra – Jaipur Gharana and one of the greatest Maestros of Indian Classical Music. He believed in improvisation and developing ones own style rather than sticking with the style of the guru or a Gharana and encouraged his students to do the same, as exemplified by the innovative style of is student Shubha Mudgal.

Pandit Bhimsen Gururaj Joshi leads the renaissance of Indian classical music with utmost passion and dedication. Born on 4th February 1922 in the small town of Gadag, Karnataka, he is renowned for his unmatchable brilliance and charismatic personality. A burning passion for music has made him a living legend. It is this passion for music that urged him to run away from home and pursue musical studies after he heard the recordings of Abdul Karim Khan at a local store. After he returned home, he started his tutelage under the Sawai Gandharva (Pandit Rambhan Kundgolkar), who was himself a pupil of Abdul Karim Khan for 10 to 12 years. This rigorous training chiseled his already tuneful voice and his constant quest for ever domains enabled him to develop his own distinctive style laced with brilliance.

He excels in gamakar, meend, taankriya and at adapting interesting characteristics from other Gharanas. His rapid tans gliding through all the saptaks sends the listeners in raptures. He has been honoured by the Padamshree, Sangeet Natak Academy Award and the Padma Bhushan. Mastery over the soul of swar and raga makes him one of the most popular and dedicated artistes in the realm of Hindustani Shastriya Sangeet.

A three – year – old Jasraj, with just the seven notes as his inheritance from his departed father, Pandit Moti Ramji stepped out into the could world of harsh realities. Today, those seven notes create his rainbow…his bridge to a mystical realm of sound…that lies beyond the applause, the awards, the titles, the trophies and the honors…connecting him to the music of the infinite. This doyen of the Mewati Gharana, Sangeet Martand Pandit Jasraj is one of the foremost vocalists in the Indian classical music scene today. Born in 1930, he underwent intensive training under the tutelage of his older brother Sangeet Mahamahopadhyaya Pandit Maniram. His style also carries traces of the Jaipur and Gwalior Gharanas.

One can hear the whisper of the unknown and experience in his singing the stillness of the unheard sound. He has groomed a number of disciples who are all set to carry the Mewati Gharana into the next generation. He also gives credit to the appreciative listening public for having been a major influence in his career and for boosting his performance levels. Panditji is famous for his unique contributions such as Jasrangi Jugalbandi an innovative form of Jugalbandi based on the ancient moorchanas technique where a male and a female singer sing two different ragas simultaneously.