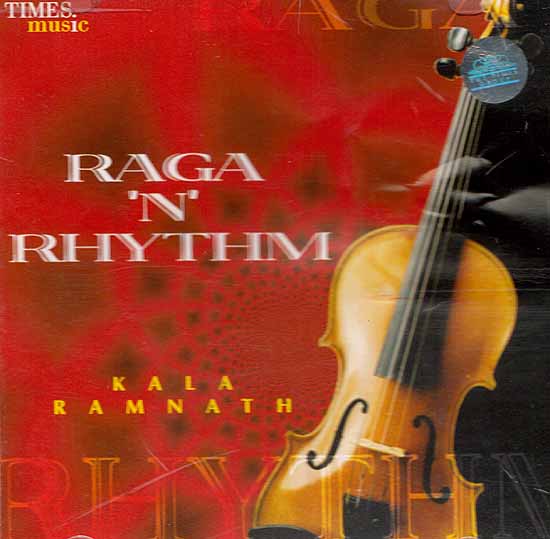 Born into a family of exceptional musical talent, which has given Indian music such violin legends as Prof T N Krishnan & Dr. N Rajam, Kala Ramanath manifested her skill with the violin at a very early age.

She started learning at the age of three under the tutelage of her grandfather Vidwan Narayan lyer. She also received training simultaneously under her aunt Dr. N. Rajam. For the last ten years, she has trained herself under the Mewati tradition as the disciple of Pandit Jasraj. This has resulted in a very distinct vocal element to her violin playing.

A truly talented artiste Kala Ramnath has also forayed briefly into fusion and world music – as evinced by her collaboration with Ray Manzarek of The Doors. She is presently poised to emerge as one of the foremost violinists of her generation.

With the compositions in this album, Kala has displayed the similarities between traditional Indian ragas and music from other parts of the world like Latin music(Track 4), Chinese music (Track 5) and also Symphony(Track 6). In this album the distinct qualities of both kinds of music get beautifully interwoven, with the resultant sound being one that could be called ‘Fusion’ in the real sense of the term!

KALA RAMNATH on the VIOLIN

Musical Arrangements for all the compositions by Atul Rainanga. Recorded & Mixed by Pramod Chandorkar and Chinmay Harshey at INSYNC Studios, Mumbai.