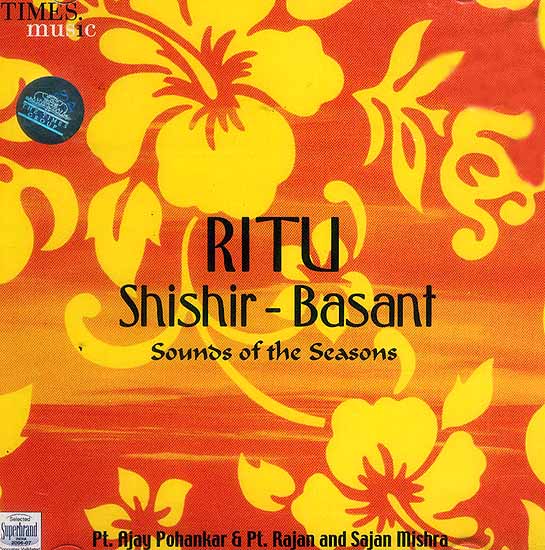 Ships in 1-3 days
Notify me when this item is available
From the CD
Ritu: Shishir- Basant

Indian classical music is closely linked with nature. It is generally believed in musical circles that Raags evoke the feelings of the season with which they are associated, and are usually sung and played in concerts to celebrate the onset of the same. It is believed that only in this period the Raag appears to be at the peak of its melodic beauty and majestic splendor. Each season calls for a different kind of celebration. Some of the Indian classical raags traditionally associated with the seasons of monsoon, spring and autumn are Basant Bahar, Malhar and Gorakh Kalyan.

Ritu: Shishir- Basant
Shishir (Winter) and Basant (Spring), the most colourful of all seasons are evoked beautifully through these raags. Experience these seasons in their full splendor with beautiful renditions of Raag Basant Bahar & Raag Bairagi by Pt. Ajay Pohankar, Pt. Rajan and Sajan Mishra.

Seasons are of special significance in India and the advent of different seasons finds expression through music. Ritu Series celebrates various Indian seasons with Classical Raags associated with it.
Add a review
Have A Question