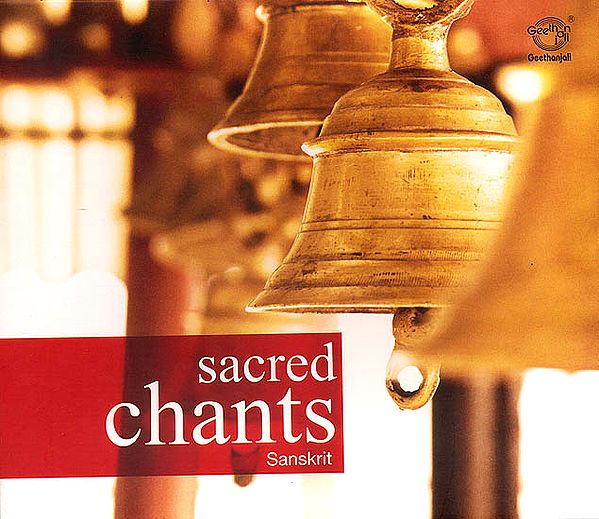 This album aids to discover the true "Self" by rendering music for the soul. Many types of music influence our moods; but chants/mantras help to stir the soul and achieve spiritual enlightenrnent.While music is widely accepted to be therapeutic, Saashwathi believes that spirituality can also result in a cathartic release of emotions and negatives, resulting in a lessening of burdens and achieving purity of mind and soul. By selecting specific hymns and prayers from Hindu religious texts and setting them to complement ing melody, she has given the listener easy access to powerful mantras and slokas without undermining their inherent spirituality, yet enhancing their influence with unforgettable melody.

Mantras connect the individual with the divine. In the Hindu philosophy, mantras, being sacred sound vibrations, are composed of sacred syllables representative of and containing within, great spiritual power or energy, which can awaken one's, true self. Chanting the mantras in a proper manner generates spiritual energy, facilitating the soul to transcend to higher levels and ultimately leading to liberation and god- union. Continuous chanting of the mantras purifies the consciousness and the mind, promotes harmony on all levels, and helps to dissolve the Karmas just as constant walking over weeds crushes them.

1. Atma Panchaksharam: The great Adi Shankara (first Shankaracharya) of the eighth century summarized the entirety of Advaita Vedanta (non-dualistic-philosophy) in six stanzas. When a young boy of eight, while wandering in the Himalayas, seeking to find his guru, he encountered a sage who asked him, “Who are you?” The boy answered with these stanzas, which are known as “Nirvana Shatakam” or ‘Atma Shatakam.” “Nirvana” is complete equanimity, peace, tranquility, freedom and joy. “Atma” is the True Self. The sage the boy was talking to was Swami Govindapada Acharya, who was, indeed, the teacher he was looking for.
2. Bhavani Panchaksharam: This is a prayer to Mother Divine, Devi Bhavani, Composed by Adi Jagadguru Sri Shankaraacharya Bhagvatpada in a high state of devotion and Divine bliss to uplift the consciousness of devotees. This great ashtakam (that which contains 8 verses) is composed by Sri Adi Sankaraand it would move anyone who reads it to tears. If a great soul like Him, had to describe himself, thus, Imagine the state of an ignoramus like any one of us.
3. Madhurashtakam: Mahaprabhu Srimad Vallabhacharya (1479-1531) is one of the greatest sage-philosophers of India, who belonged to a Telugu family, was one of the foremost followers of Bhakthi Marga and established his philosophy of Pushti Marga in North India during the 16th century. Madhurashtakam written by him sees sweetness in his lord inch by inch. Madhurashtakam particularly brings in to focus, Lord Krishna as a child, and glorifies the grace of the child Lord
4. Shiva Panchaksharam: A Shiva stotra composed by Adi Shankaracharya. This holy stotra to worship Lord Shiva is made of five letters and is popularly called panchakshara: “Na MA Si Va Ya”. Each of theseletters is considered non-different from Him and He is praised for His great qualities.The term Shiva means auspicious.

Saashwathi: Saashwathi is a young musician cum composer who is the proud disciple of the renowned Violin Maestro, Shri. Lalgudi G. Jayaraman. In her tutelage under him for ten years, she was exposed to the depths of Carnatic Music and his ability to create soul stirring renditions. Though she began her career as a vocalist, her gnawing passion to create music urged her to produce an album at a very young age. She believes that composing/ creating music gives infinite scope for the expression of the soul within. In her experience, Saashwathi discovered that chanting mantras regularly had a profound effect on her inner self. She has released two fusion albums so far. Being a Psychologist, she has also successfully produced therapeutic music for relaxation.