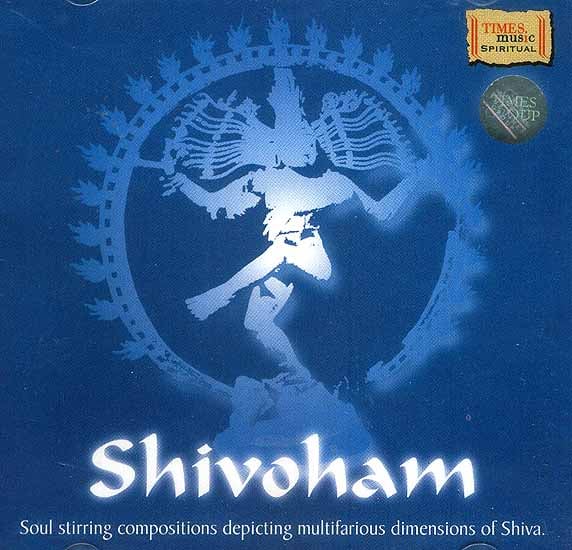 From time immemorial, Lord Shiva has captured the imagination of people in India and beyond. The very name of Shiva evokes love, respect, devotion and awe all in the same breath.

Shiva has two aspects, the unmanifest and the manifest. The transcendental, eternal infinite field all energies (Shakti) as the source of creation is the unmanifest Shiva.

Upanishads describe
"Shivam Shantam Advaitam Chaturtham Manyate SA Atma SA Vigyayaha".
The Shiva, which is tranquil, unified and non-dual beyond the three realms in verily the Atma, which must be known and experienced in our consciousness.

The manifest aspect of lord Shiva is Shambhu Shankar and Mahadev as one of the lords of Trinity, who dissolves the precious state to enable new creation of Brahma. He is the fountainhead of all esoteric knowledge of yoga, Tantra and occult traditions. He is associated with cosmic dance of Natraj- Tandav. Here are soul- stirring compositions set in vibrant music to enjoy multifarious dimensions of Shiva.

Like a spring of water bursting forth from the earth the music within Ashit is a force eager to be released, and it is a force that cannot be confined to just one form or expression.

After a degree in Commerce, Baroda- born Ashit took a Diploma in vocal music from M.S. University, & came down to Bombay with single minded determination to carve a niche for himself in the world of music. On this firm foundation he has raised a large & intricate edifice of musical accomplishment.

Ashit has been honored time again by the music world. At 18, he won the All India Radio's Best Singer Award in 1969. Since then, accolade, distinction & awards have come his way in profusion, including the Gujarat State Award in 1976 & 1989.

Ashit's association with Sitar Maestro Pandit Ravi Shankar is possible the most significant phase of his career. The president of India has conferred his with the coveted Asiad Jyoti Medal. Ashit also sung devotional songs for attenborough's film ‘Gandhi'.

As a composer, hid style reveals distinct flashes of individuality & is also replete with emotion. He tackles difficult themes with effortless ease, lending a masterly touch to his compositions.

This shloka is sung early in the morning. The day of the devotee begins with the invocation of the memory and blessings of Lord Shiva, the destroyer of fear and worldly dillusions.

This verse is chanted before the worship as a meditation on the form of Shiva. He is seated in the ‘lotus pose' facing four directions and also within, and is equipped with all the weapons to remove the obstacles of devotees.

This hymn is unique in its completeness of mental worship of lord Shiva. He is installed in the consciousness of the devotee who offers entire range of worship ceremonies. As a result he feels that his soul (atma) is verily Shiva, his intelligence is mother Divine Parvati. His body is the temple. All enjoyments are His worship, every utterance is His prayer (hymn) and every action performed is a step in the process of unifying with Lord Shiva.

This Shivashtakam sings the glory of Shiva as the Lord of Universe, the Lord of time and lord of all deities.

The all- pervasive mantra "Om Namah Shivay" is encrypted phonetically is six verses. It praises the beneficial (another meaning of the word Shiva) aspect of Lord Shiva.

This hymn is sung at the time of worshipping Shivalinga, either in temple or in the mind. It sings the glory of Linga- the universally accepted symbol of manifest Shiva.

This famous Panchakshar stotra weaves in the five syllables ‘Na' ‘Mah' ‘Shi' ‘Va' ‘Y'. one by one, in five verses. The sweet composition poetically potrays the beautiful aspect Shiva.

The renowned saint Tulsidas, the author of Ramcharit Manas, has composed this wonderful song. It covers the entire range of Shivatva- Shivaness- of unmanifest and manifest Shiva. Once Shiva was angry with his devotee because he was irreverential to his master. Tulsidas spontaneously sung this hymn to pacify Shiva. One can immediately feel the soothing feeling leading to inner peace.

This is one of the most popular songs of Shiva, said to be composed by the mighty Ravana. To please Shiva, he incessantly worshipped him. He describes the Tandav- the cosmic dance of Shia, the destroyer of Kama or Madan in lyrical beautiful and rhythmic patterns.