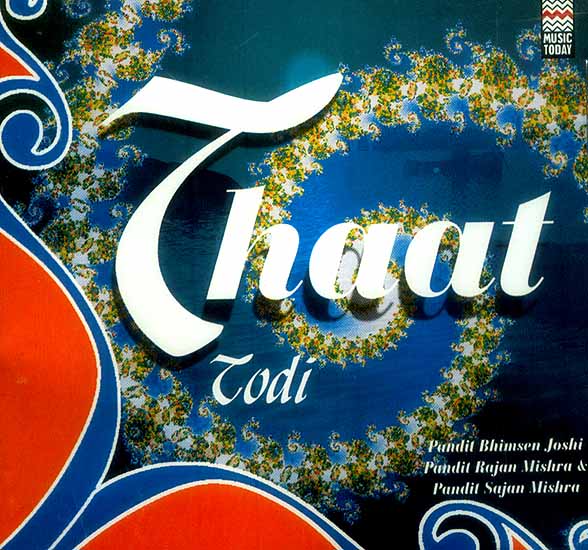 The Todi thaat consists of seven notes where the 2nd note Re (rishabh), 3rd note Ga (gandhar) & the 7th note Ni (nishad) are komal (flat). The ragas belonging to the Todi thaat bear characteristic resemblance to the musical scale of thaat, but have distinetly unique features of their own, in terms of the arrangement of notes as well as the time of the day they are associated with. Raga Todi is the prime raga of this thaat.

Although entire ragas in themselves, the thaat-s provide a framework for the system as a whole. The notation of a thaat, which describes its musical framework, is quite defferent from the characteristic agrrangement and progression of notes during rendition through a raga. It is exposition that gives a raga its pakad (peculiarity) and chalan (character). Every, thaat consist of seven notes or swaras but with different characteristic (chalan).

Thaat is one of the most fundamental bases of classification in the Hindustani classical system. Developed by the learned musicological Vishnu Narayan Bhatkande, that offers a framework to classify several ragas based on their musical scales. The Hindustani classical music system has thus, 10 thaat-s. each that is a raga in itself and stands as a proud parent to several raga that belongs to its family.

This album features vocal renditions of the popular ragas belonging to the Todi thaat by the legends of classical music.