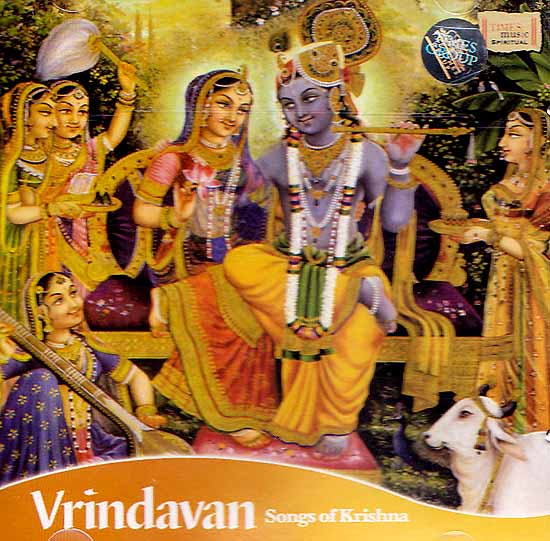 To escape being slain by the evil king of Mathura (Modern Uttar Pradesh), the young child Krishna was smuggled across the yamuna River to Gokul (or Vraj, modern Gokul), where the leader of the cowherds, Nand, and his wife Yashoda raised him.

The child Krishna, performer of many miracles, was adored for his mischievous pranks. As a youth, the cowherd Krishna became renowned as a lower, the sound of his flute prompting the gopis (wives and daughters of the cowherds) to leave their homes to dance ecstatically with him in the forests of Vrindavan. His favourite among them was the beautiful Radha.

The flute bearing Krishna, said to be the eighth avatar of Lord Vishnu, was and is, the most popular of all Deities. Krishna became the focus of numerous Bhakti (devotional) cults, which over the centuries produced a wealth of religious poetry and music. Thus, Vrindavan became synonymous with Krishna Consciousness, as abode of pure love, peace and tranquility. Hema Desai, Devaki Pandit and Sadhana Sargam capture these divine sentiments in their own inimitable style in this album.