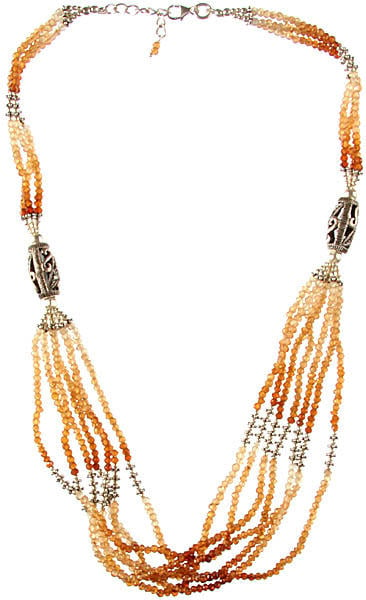 In Hindi and Sanskrit, hessonite is called Gomed or Gomedaka. In Persian, it is known as Zarcunia or Zargun. It is brownish red in colour. The gem should be translucent and smooth to touch. A rough and opaque hessonite should be rejected, for it is supposed to bring ill luck. Astrologers do not accept a hessonite red in colour, for it is supposed to cause health problems to the one who wears it. A dull and rough hessonite causes friction in love relationships. A hessonite having a curve or dent over it causes financial setbacks. Do not buy hessonite with black dots over it, for it can cause upheavals at home. Its weight should be between four and six carats. It should be set in a silver ring and worn in the middle finger of the right hand. One must be very cautious when deciding to wear this gemstone. A thorough study of ones birth chart is of utmost importance before one decides to wear a hessonite.

In astrology Rahu, the Dragons head, is believed to rule hessonite. Rahu is referred to as a planet though in reality it is not a heavenly body, but an imaginary point in the Zodiac. With earth as the centre, the Sun appears to move along an elliptic path, with its plane at an incline of 23 degrees to the terrestrial equator. The earths satellite, moon orbits around the earth. The two elliptic paths of the moon and the earth intersect each other at two points, 180 degree apart. These points of intersection formed when the moons motion is from south to north, is known as the ascending node, or the north node of the moon, also known as Rahu, the Dragons head. This is one of the most sensitive points in the Zodiac, where the Sun and the Moon during transit over this section, get eclipsed, This point is supposed to cast a shadow on the luminaries, and hence in Hindu astrology, Rahu is called Chhayagraha (shadowy planet). In fact, when the sun, the moon and the earth are in line, the earth’s shadow is cast on the moon during the full moon and over the sun during the dark night, that happens at the point of. intersection of the two elliptic. Hence these points are called Chhayagraha

All those connected with professions governed by Rahu such as farming, cinema, and engineering can wear hessonite to promote their career. Those connected with public life or politics can achieve maximum benefit by wearing hessonite. Mining, heavy engineering goods, photography are also the domains of Rahu. Those in whose birth chart Rahu is well placed can wear hessonite to enhance their career prospects.

The mystics or those practicing occultism are believed to favor and propitiate Rahu, represented by hessonite, to achieve intuitive knowledge and power. Wearing hessonite without proper study or a birth chart can cause lots of upheaval in a persons life, specially in love relationships. Rahu along with its opposite node Ketu act as a dividing force in one’s family or love relationship depending upon its location in one is horoscope.