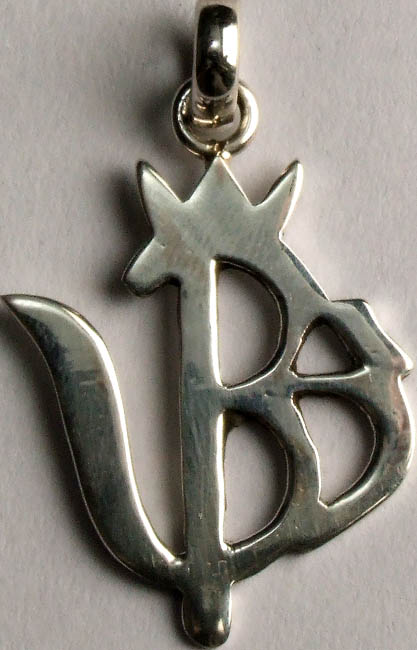 100% Made in India
In Western mythology the trident was the attribute of the Greek god Poseidon, the aquatic god of the seas, storms and earthquakes, who later became the Roman maritime god, Neptune. The watery planet Neptune is represented astrologically by the trident, which as a fish-spear formed the most versatile implement for spearing fish. In early Christian art the trident formed a symbol for the trinity of Father, Son, and Holy Ghost, but later the trident was identified with Satan or Lucifer, and his trident became the pitchfork of the denizens of hell.

The symbol of the trident - meaning 'three teeth' - first appeared on Mesopotamian clay seals, and on early Shaivite seals unearthed from the ancient Harappan civilization of the Indus valley. In Vedic mythology the three point of the trishula - meaning 'three iron spikes or stakes' - are identified with the three prongs of Indra's vajra or 'thunderbolt', and early representations of Indra's vajra often depict it as a double-ended trident. The three points symbolize the Hindu trinity of Brahma, Vishnu and Shiva, and the three vibration sounds - AUM - of the sacred syllable Om. As the main emblem of Shiva, the trishula's three point represent his transcendence over the three gunas or qualities of nature: rajas - the dynamic or passionate quality of Brahma as creator; sattva - the wisdom or pure quality of Vishnu as preserver; and tamas - the inert of dark quality of Shiva as destroyer. Shiva's trident also symbolizes his control over the three realms of heaven, earth and underworld; his triumph over the three times of past, present, and future; and his form as the 'Lord of the Three Rivers' or triple braid' (Skt. triveni). Triveni refers to the sacred site of Prayaga (modern Allahabad), where two rivers of the Ganges and Yamuna unite with the hidden underground river of Saraswati. Esoterically this symbolizes the 'third eye' point between the eyebrows, where the lunar and solar channels unite with the central channel. The shaft of the trishula represents the central channel of sushumna, by which the goddess Kundalini ascends to unite with her lord, Shiva, in the 'thousand-petalled lotus' (sahasrara chakra padma). As the median nerve, or as the axis of Mt Meru, which rises from the earth into the heavens, the shaft serves as a conduit between the devotees of Shiva and their lord. The iron trishula is found in every Shaivite shrine scattered throughout India, and is often adorned with the bangles of female devotees as a supplication for fertility, the birth of a son, or as a symbol of betrothal to Lord Shiva.