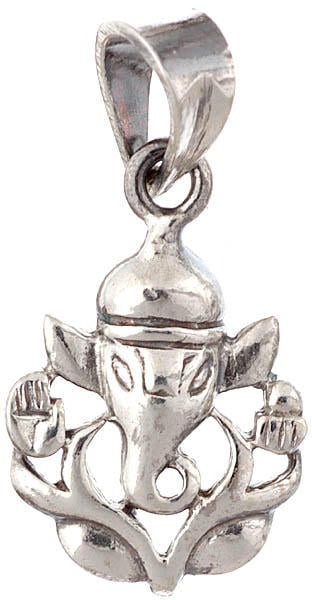 100% Made in India
Lord Ganesha Endowed with child-like innocence, mischief in eyes and carefree disposition, the cool, soft and benign elephant-headed Ganesha is invoked primarily for removing obstacles and assuring a hassle-free start to any enterprise. Indeed, no occasion in India, whether it be the inauguration of an office or the foundation stone of a temple, is begun till Lord Ganesha has been worshipped. Not only this, his continuing presence in any home or office is said to ensure a hassle free existence.

The most striking feature of Ganesha is his elephant head, symbolic of auspiciousness, strength and intellectual prowess. All the qualities of the elephant are contained in the form of Ganesha. The elephant is the largest and strongest of animals of the forest. Yet he is gentle and, amazingly, a vegetarian, so that he does not kill to eat. He is very affectionate and loyal to his keeper and is greatly swayed if love and kindness are extended to him. Ganesha, though a powerful deity, is similarly loving and forgiving and moved by the affection of his devotees. But at the same time the elephant can destroy a whole forest and is a one-man army when provoked. Ganesha is similarly most powerful and can be ruthless when containing evil.