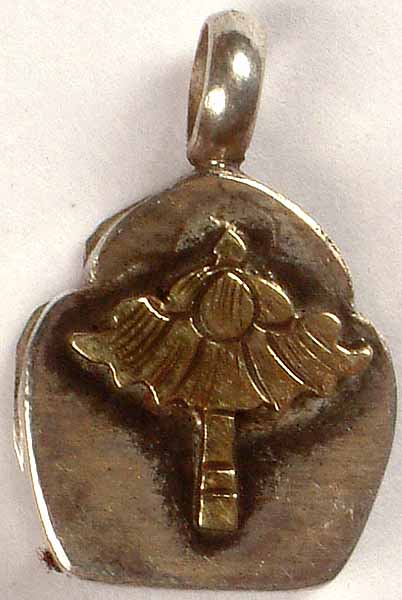 100% Made in India
In Sanskrit, the banner or sign of victory is known as the dhvaja, meaning standard, flag or ensign. Originally, the victory banner was a military standard carried in ancient Indian warfare, and bore the specific insignia of its champion. For example in the Mahabharata, Krishna's chariot was adorned with a banner showing the image of the monkey-god Hanuman.

The victory banner was adopted by early Buddhism as an emblem of the Buddha's enlightenment, heralding the triumph of knowledge over ignorance. It is said to have been placed on the summit of Mt. Meru by Buddha himself, symbolizing his victory over the entire universe. Again, Mount Meru here is believed to be the central axis supporting the world.

1). The Mara of Emotional Defilement

It was only after conquering these four negative traits that Buddha could proclaim victory over ignorance, and achieve nirvana.

Cylindrical victory banners made of beaten copper are traditionally placed at the four corners of monastery and temple roofs. These signify the Buddha's victorious dharma radiating to the four directions and also his triumph over the four Maras mentioned above.