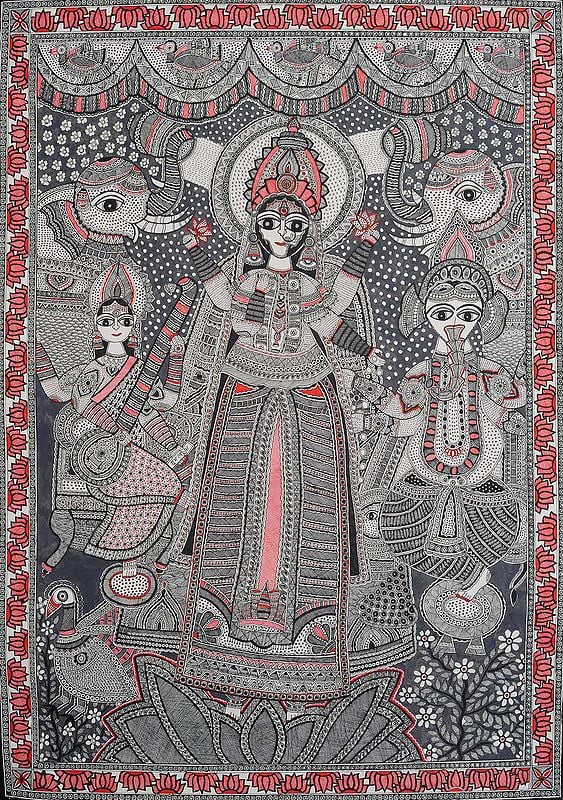 This Madhubani folk rendered using lines as its medium for representing an image – the medium used also for the entire painting, besides a few patches of colours rendered with brush –the characteristic distinction of Madhubani art style, represents the Gaja-Lakshmi form of the lotus goddess. As Indian scriptures and the theological tradition have it, Lotus goddess Lakshmi is the patron deity of riches, prosperity and fertility. Like a black-and-white composition the painting has obtained amazing effects merely by using black and light and dark shades of red, and of course the white of the background.  The four-armed goddess has been represented as granting ‘abhay’ – freedom from fear or assurance of protection against everything untoward, and ‘varad’, release from worldly infatuations by her normal right and left hands, while in the upper ones she is carrying lotuses – the iconographic identity of Lakshmi as the lotus goddess. Apart, the large full blooming lotus she stands on further affirms the goddess’s lotus identity.

Though a vividly designed decorative frill with parrot-motifs adorning it canopying her image suggests that the goddess is enshrining a sanctum, the artist has conceived the goddess’s crown exactly like a South Indian towering temple, perhaps to symbolize her status as a sanctum-deity in live worship as the goddess is in South. To further add to her majesty the artist has drawn around her face a large majestic halo. Not just her costume consisting of three components : ‘antariya’ – a textile length put around her body’s lower half, a sewn blouse – an upper wear, like one in contemporary fashion, and a sash, all tastefully designed using the same medium of pen-drawn lines, her entire figure has been drawn using the same linear form, moderate as should be a folk form, but also elegant and gorgeous, as should be a divine image as that of the goddess Lakshmi. Designed with horizontal column-patterns and a central patta in contrasting red between the parting of legs the ‘antariya’ is outstanding in its grace and artistic excellence.

As is characteristic to Madhubani art-style, her figure has been modeled with a small round face, angular towards the chin, only such large as could house a pair of large eyes – the deep black eye-balls, their larger component, defining them, a prominent forehead mark in red and a tiny nose with a large nose-ring not in proportion to the size of the nose. As is the common feature of Madhubani folk, in the painting the cheeks are almost missing, though the neck has extra tallness and is prominently cast. Her entire figure has been moderately bejeweled though the ear-ornaments on her ears and the bangles on her forearms covering them almost entirely are outstanding. Flanking her face on either side there are two ‘gajas’ – elephants, holding pots with milk in their trunks and discharging the milk on the goddess. This image form with elephants bathing her with milk is known in iconographic tradition as Gaja-Lakshmi manifestation of the lotus goddess.

The painting represents on the goddess’s right the four-armed Saraswati, the presiding deity of learning, art, creativity and all that is right and positive, playing on ‘vina’ – a stringed musical instrument, and on her left, the four-armed Ganesha, manifesting supreme good, auspiciousness and freedom from all obstacles. This form of Lakshmi that assimilates with prosperity, riches, fertility … ultimate learning and supreme goodness, is considered as more auspicious and enshrining greater divinity than any of her other forms. Goddess Saraswati has been represented as seated on a chair in ‘laliasana’ – left leg laid downwards, while the right, placed on her left. Alike, Ganesha is seated on his mount mouse in a posture resembling ‘tri-bhang’ – triple-curved, both legs a knot-like entwined, a dance-like looking posture. This Gaja-Lakshmi form of Lakshmi – two or even more elephants – ‘gajas’, bathing her with milk, also water, is largely an artistic extension of her image, though it begins appearing as early as the third century BC itself. As ‘gaja’ –elephant, is also considered as the symbol of good Gaja-Lakshmi manifestation is revered as the holier and more auspicious than her other form. 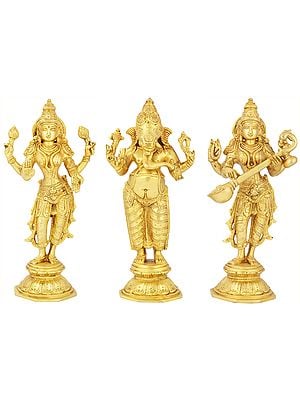 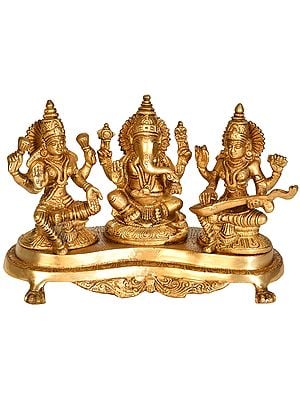 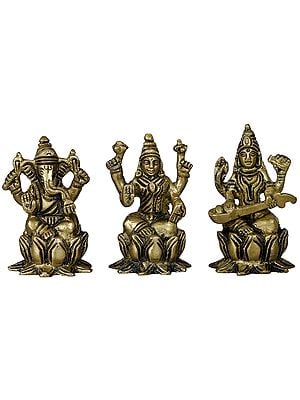 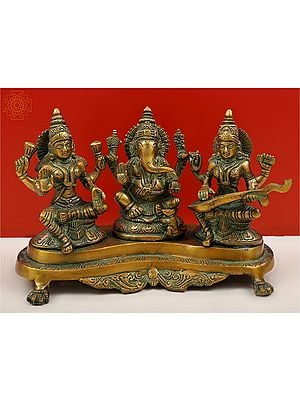 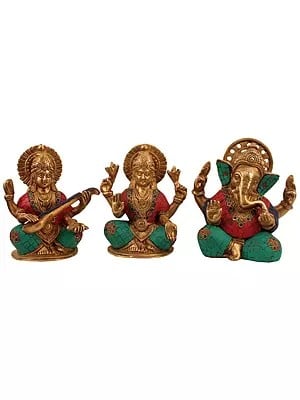 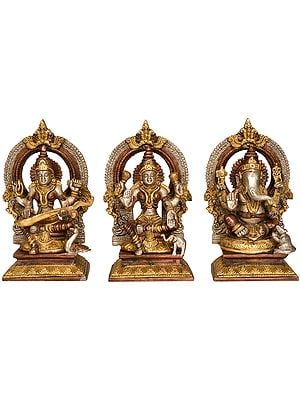 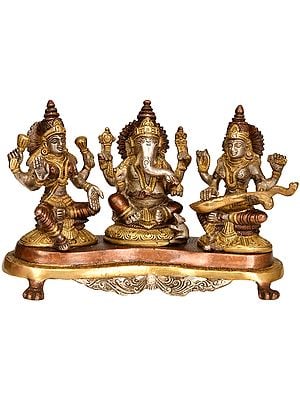 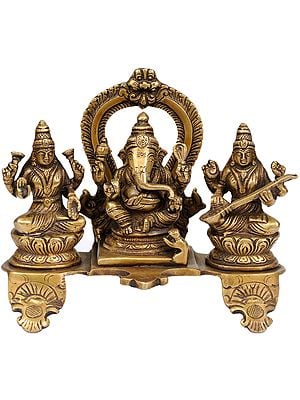 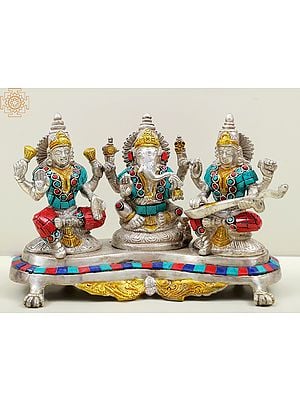 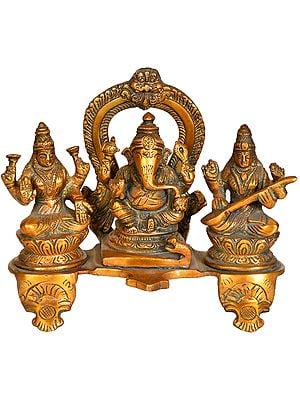