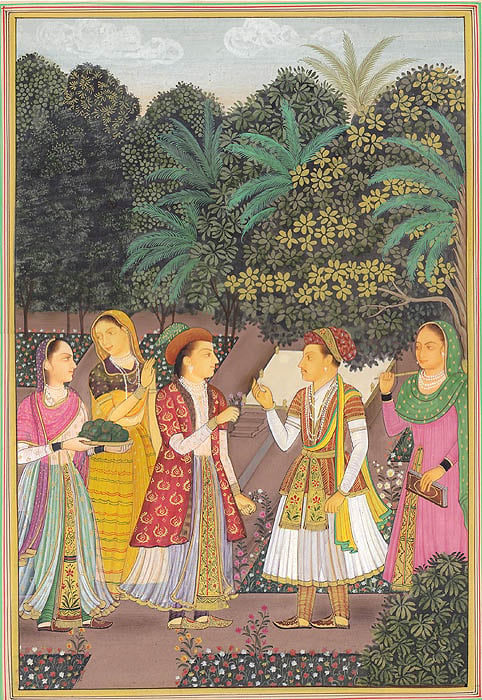 Fair trade
The painting, a brilliant miniature rendered pursuing Mughal art style of the late eighteenth century, especially as practised at Mughals’ provincial headquarters like Oudh and Murshidabad, borrowing some of its features, a dense tree-line in the background in particular, from Jaipur art school, represents the Mughal emperor Jahangir with empress Nurjahan, the most talked-about romantic couple in the Mughal history, perhaps Shahjahan and Mumtaj Mahal alone equaling, strolling in the char-bagh – the royal garden at Agra’s red fort. Mughals followed a uniform pattern for their gardens, which sought to divide the entire garden space primarily into four squares – char baghs, and then each, correspondingly into square flower-beds and other parts. Mughals’ gardens too had columns of trees on their back; however the tree-line, as assimilated with the char-bagh in this painting is more characteristic to Jaipur court painting conceived with identical columns of trees in the background. In its centre the garden has been provided with a square marble platform with steps and golden pegs around obviously for the Emperor to sit.

Though a contemporary work, the artist has endeavoured to revive in his lines and colours the spirit of Mughal art of its decadent phase which the reign of Muhammad Shah characterised. It was a phase of Mughal art when colours were brighter and somewhat flat, or not so well diffused and shaded as during the period of Jahangir or Shahjahan, faces were also partially frontal and slightly flabby, and figures were over-gesticulated as also lacked anatomical proportions, almost the same as in this miniature. Nurjahan’s contemporary miniatures represent her as quite tall but not taller than Jahangir. In the painting here, and in many of them from the late eighteenth century, one of which this miniature has re-produced, Jahangir and Nurjahan have almost equal height. Strangely, even one of the attendants has been represented as taller than the royal couple. Two of the attendants appear to be conversing, something so unlike the Mughals’ court or harem etiquette, though during the period of Muhammad Shah who had elevated a dancer to the status of his empress such thing weren’t uncommon.

The painting represents Jahangir and Nurjahan discussing some issue or perhaps some empire-related affair. The most powerful lady in the Mughals’ imperial line, Nurjahan is known to have played an active role in administering the empire, and Jahangir often depended on her for her advice. She sometimes even dictated her decisions. As the painting portrays it, Jahangir seems to be explaining to her some issue and Nurjahan is listening to him in full attention. She carries in her right hand a bunch of flowers, a typical feature of Mughals who always carried something – a crest, jewel or whatever in their hands. The fashion was subsequently spread among the entire Indian feudatory, Rajput or Islamic. Jahangir is in his usual gold bordered and full sleeved white jama, striped pajama, gorgeous waist-band and his characteristic turban credited to have been designed by him and hence known in the tradition as Jahangiri turban. Nurjahan’s headdress betrays Iranian influence. However, notable of their wears are Jahangir’s short outer coat and Nurjahan’s red gown revealing European influence which reached India in Jahangir’s regime itself. A team of British representing East India Company had come to India for business to Jahangir’s court and Jahangir had given them permission and facilities which ultimate led Mughals as well as India to lose their sovereignty. 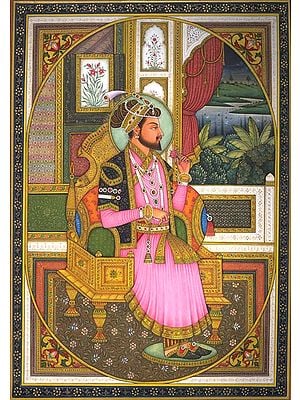 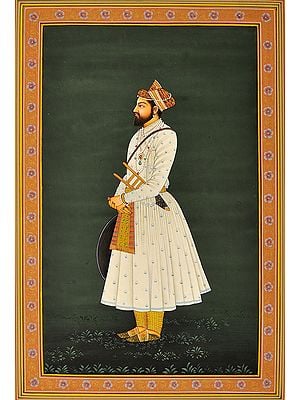 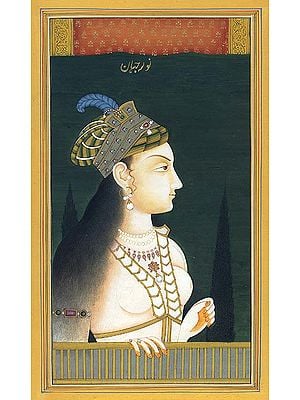 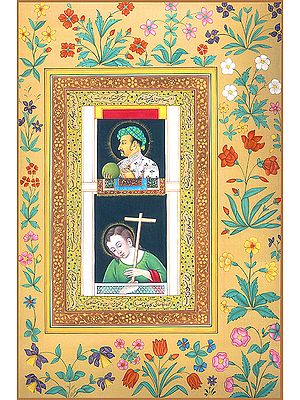 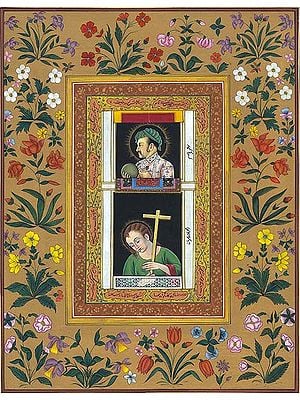 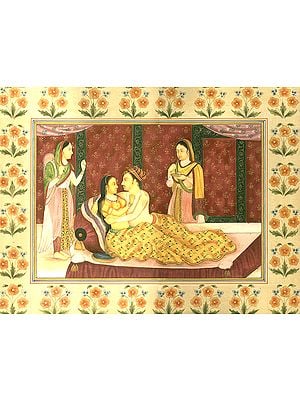 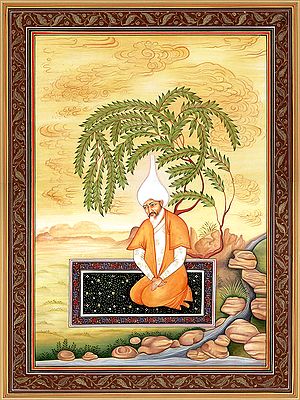 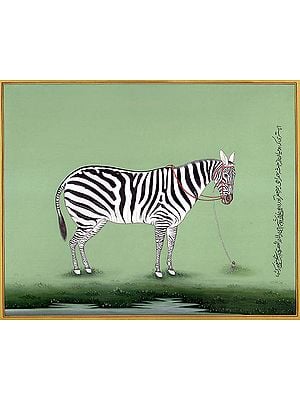 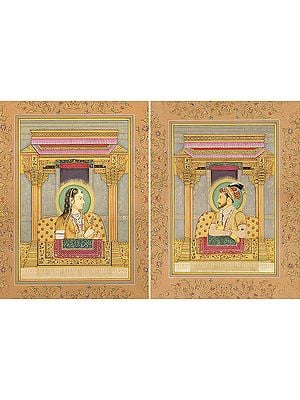 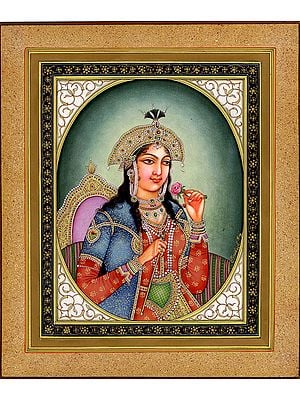 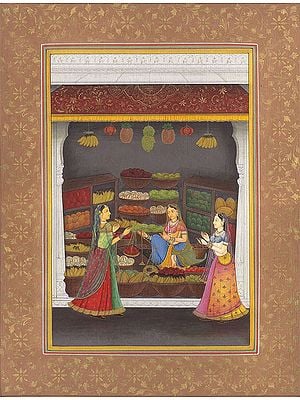 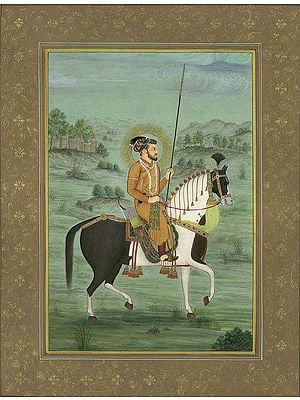