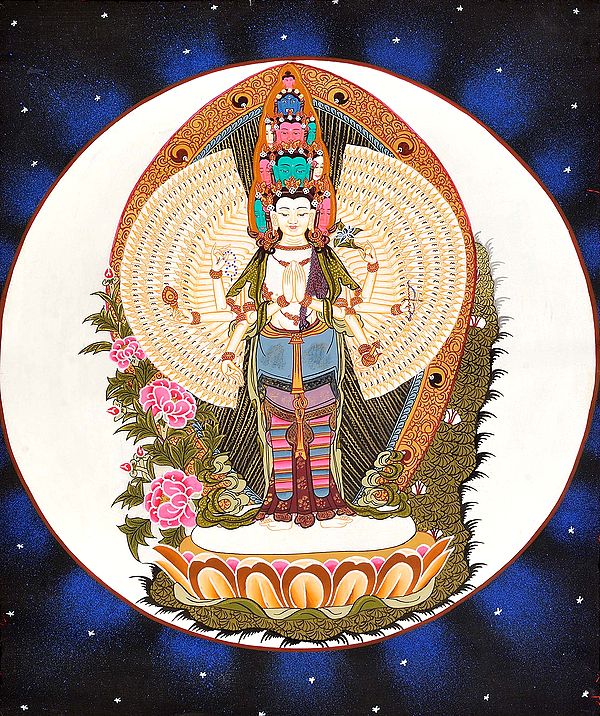 $101.25
$135  (25% off)
FREE Delivery
Avalokiteshvara, also called Padmani, is a well-known Bodhisattva who is said to embody the compassion of the Buddha. He is known as Chenrezig in Tibet, where he is considered one of the major Bodhisattvas, or a person on the path to Enlightenment. Avalokiteshvara is special to Tibetans as he is said to have returned to his ways as a bodhisattva even after attaining Buddhahood because of the desire to help more people attain enlightenment. In this regard, Avalokiteshvara is the embodiment of selfless compassion of all Buddhas.

This thangka depicts Avalokiteshvara with a thousand arms with eyes on the palms, and iconography widely used in Tibet. Zoom in on each hand and the tiny eyes on the palms can easily be seen. He also has eleven heads, each depicted with varying colors in this painting. A Buddhist narrative sees Avalokiteshvara as deeply moved and vowed to free all sentient beings from the samsara (cycle of life). After the struggle and bearing this humungous burden of saving many beings, his head split into eleven pieces. When Amitabha saw this, he picks up the pieces and blessed Avalokiteshvara with eleven heads so the latter can hear and see more suffering. When he did see and hear, he tried to reach out to all but found his two arms shattered again into pieces. Amitabha comes again and gave him a thousand limbs to deal with the sufferings of the people. On his other hand are Buddhist symbols like lotus for purity, bow and arrow for overcoming temptation, a vase for longevity or wealth, prayer beads, and a conch for the sound of the universe. The lotus on his hands is also what sets him apart form other Bodhisattvas symbolizing that all beings can gain enlightenment and get out of the murky environment. On hand is in a mudra of supreme giving, while two are pressed near his chest, palms together, with a wish-granting jewel. He is dressed like a Bodhisattva in a way that his garments are princely, all his heads wear a crown, and is decked in jewels to signal his presence in the material world. At the very top of his crown is a small figure of Amitabha, the Buddha of Infinite Light. 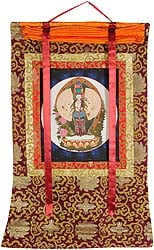 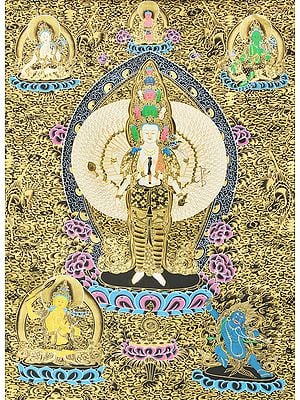 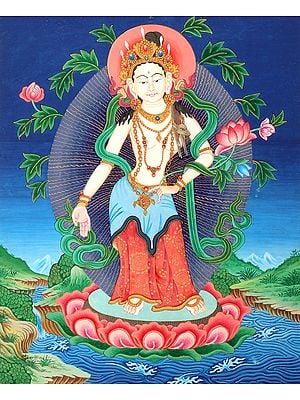 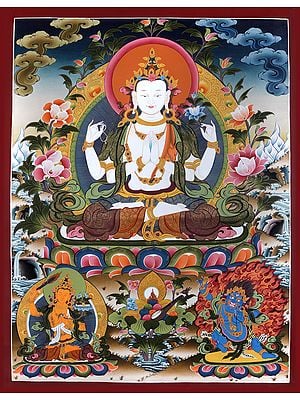 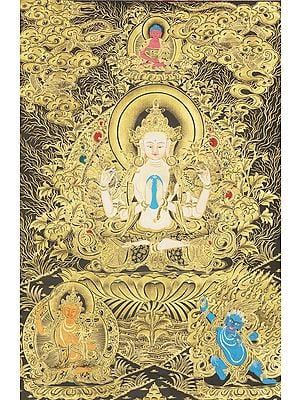 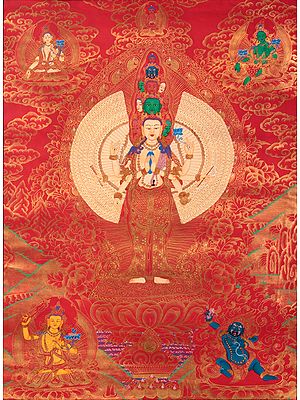 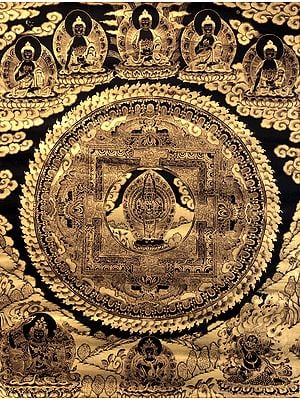 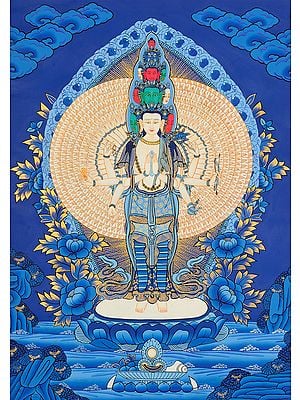 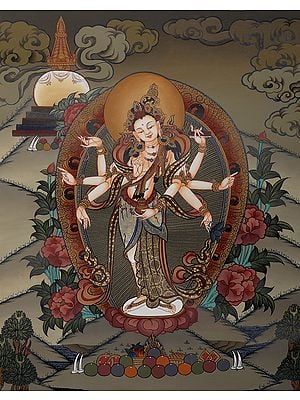 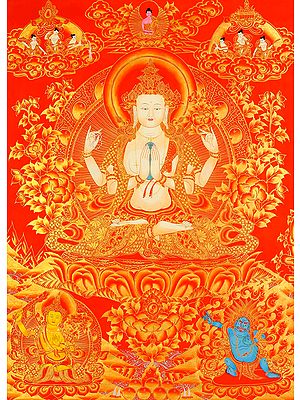 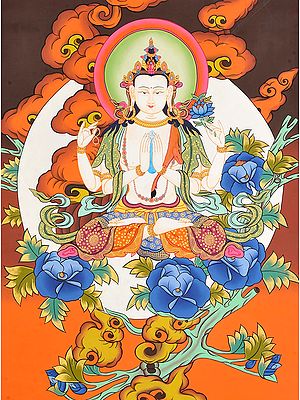 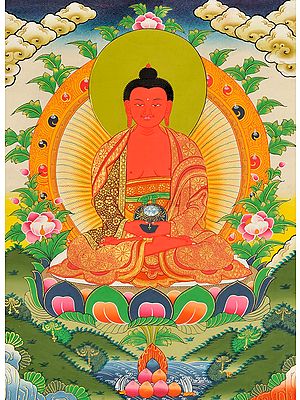