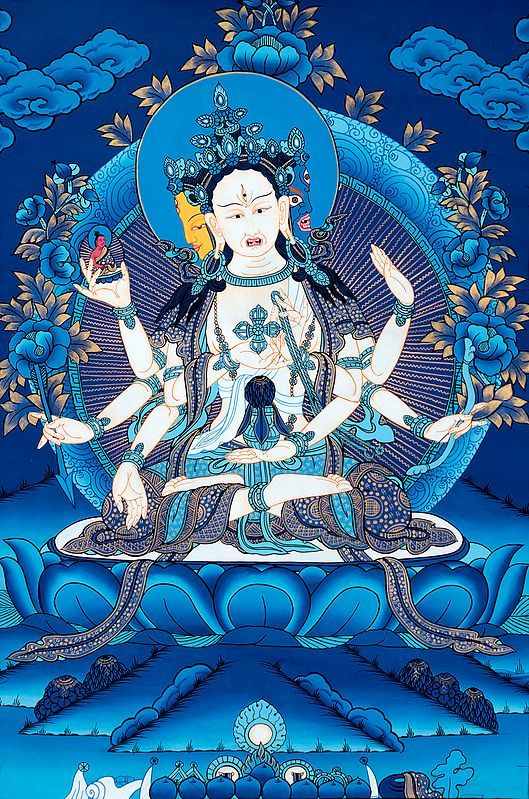 Fair trade
The sadhana of Ushnishavijaya describes her as follows:

She has a white-colored body, three faces and eight arms. The central face is white, the right yellow; the left is blue and slightly wrathful. Each face has three eyes.

The first right hand holds a crossed vajra at the heart. The second holds a lotus on top of which sits Amitabha. The third holds an arrow. The fourth is in the gesture of supreme generosity.

The first left hand is in the threatening mudra, holding a vajra noose. The second holds a bow. The third is in the gesture of giving refuge. The fourth is in the meditation gesture, holding a precious vase filled with nectar.

Of her three faces, the yellow one with the gently pursed lips is charming and beautiful, the principal white one slightly open and moderately wrathful, while the blue face bares its fangs in a display of ferocious wrath. Coils of hair symmetrically fall across her two shoulders. A green scarf embellished with gold engulfs her with a flourish, acting as a halo.

Ushnisha Vijaya is an emanation of Vairochana Buddha, and is one of the three main Buddhist deities of longevity, along with the White Tara and Amitayus. The latter two can be seen at the lower layer of the painting. Ushnisha Vijaya's practice is considered to be extremely effective not only for eliminating obstacles to long life but also for purifying the negative results of unwholesome actions of body, speech and mind motivated by the poisonous delusions. Her practice is concluded with the following prayer:

I prostrate at the feet of Ushnisha Vijaya,
Glorious goddess with the color of the autumn moon,
Having an extremely beautiful and peaceful body with
three faces and eight arms,
And who bestows boundless wisdom and the best of lives. 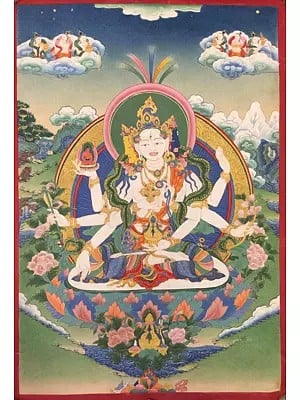 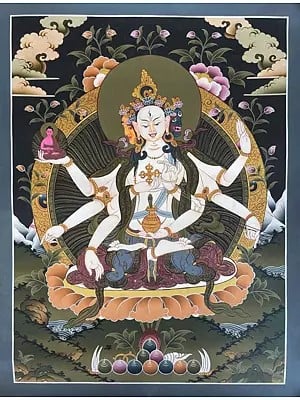 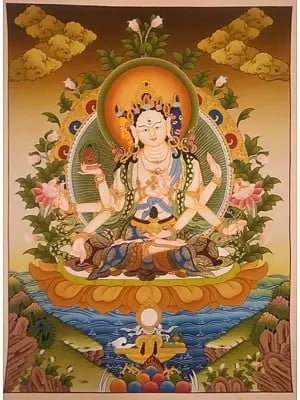 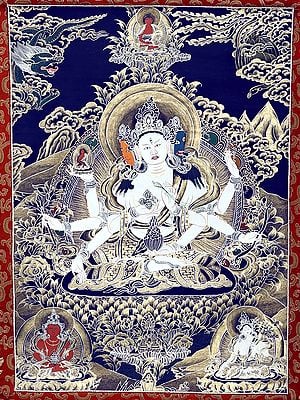 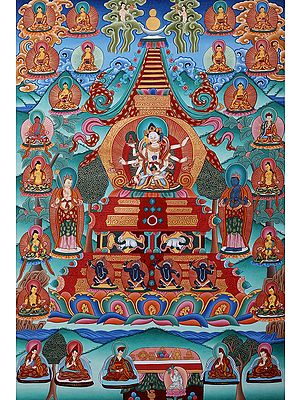