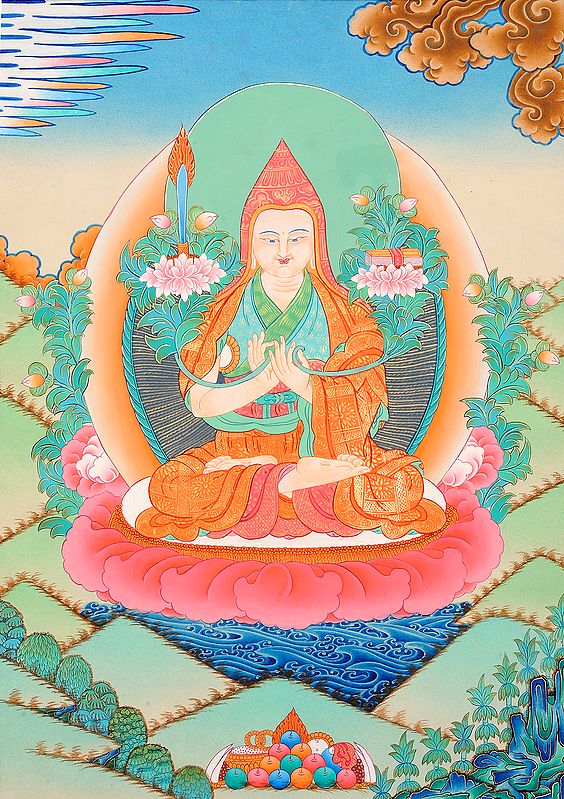 FREE Delivery
Only 1 available
$168.75
$225
(25% off)
Tsongkhapa’s name means Man from Onion Valley (Tsongkha). He was a renowned spiritual teacher in Tibetan Buddhism and is the founder of one of the dominant sects in the tradition, the Gelug school. He was well versed in the teachings of all Tibetan Buddhist schools and also received lineages from some of the major schools, too. However, he drew major inspiration from the Kadampa school, especially of Atisa. His main teachings include the union of Sutra and Tantra, as well the emphasis on the morality of discipline (Vinaya).

Tsongkhapa was born in 1357. He is usually portrayed wearing a pointed hat as seen in this thangka. He is showin in a sitting position atop a lotus throne. The lotus throne is full of pink blooms which is also the color of lotus reserved for the highest of deities. He is wearing three monk’s robes in blue, green, and orange. On his hands are lotus stems each flower is raised at the level of his ears. The lotus on his right side also carries the flaming sword of Manjushri, symbolic to cutting down ignorance and duality. The flame signifies the tool to ward off darkness caused by such duality. Meanwhile, to his left is another lotus which carries a scared scripture, the Perfect of Wisdom with 8,000 lines, as a sign of enlightenment wisdom. There are also offerings for the deity near the bottom of the thangka. The mountain ranges represent the Himalayas, too. 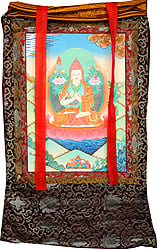 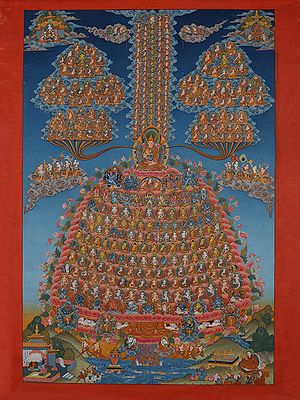 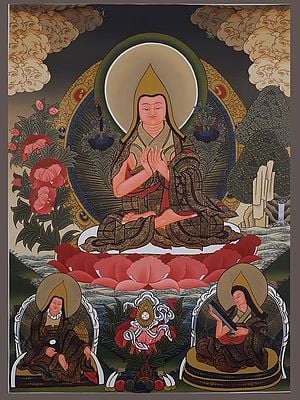 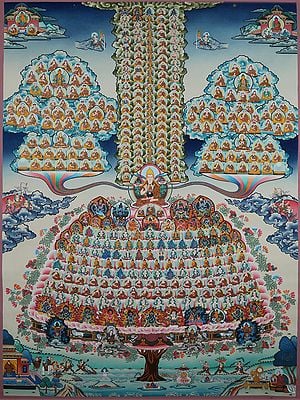 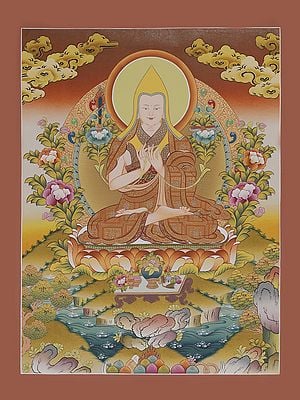 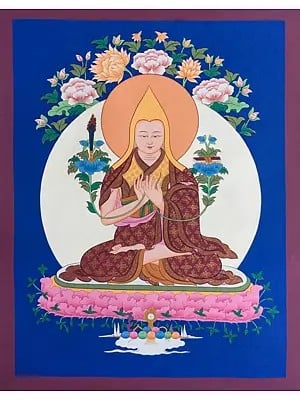 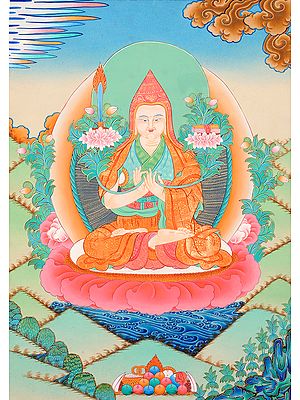 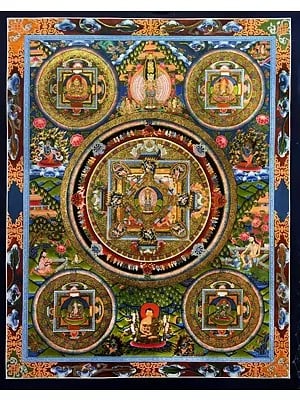