The embodiment of sacrifice and the saviour of Earth, Vishnu’s third avatar, Varaha, is presented in a highly charged form in this ‘panchaloha’ bronze sculptural image, along with his consort Varahi, or the Earth goddess Bhudevi. This visual presentation is also symbolic of what Hinduism today celebrates as Varaha Jayanti, which marks the mythological celebration of Varaha defeating Hiranyaksha, who stole the Earth and hid her in the ocean, and rescuing her upon the submission of the demon. Varaha’s tusks, notably, are understood to have supported the Earth’s retrieval from under the ocean.

While a unique zoomorphic form of Varaha is still present in Khajuraho – complete with carvings of sages, gods, and the saptmatrikas – we have greater evidence of anthropomorphic forms of this Vishnu’s avatar, like the Gupta-era wall panel in Cave five at Udayagiri. Varaha’s iconographic depictions have been detailed in the Agni Purana, Vishnudharmottara Purana, Matsya Purana, Narada Purana, Skanda Purana, and other texts. As the Nri-Varaha, or ‘human-boar,’ Varaha is presented in a combative ‘alidhasana’ with one leg resting on a turtle and the other on the king of all serpents, Sheshnaga. In a glorious manner, Varaha looks up in reverence to Bhudevi, who is held carefully on one of his elbows. His other three hands carry the attributes commonly related with Vishnu: the ‘shankha’ or conch, the mace Kaumodaki, and the war discus ‘sudarshana chakra.’

Shesha’s presence under the feet of Varaha carries a symbolism of great obeisance towards Vishnu. As one of his earliest and oldest devotees, Shesha has faithfully presented himself as the resting place for Vishnu; moreover, whenever Vishnu descended the Earth in a human form (as Rama or Krishna), Shesha has accompanied him to serve devotedly and help (as Lakshmana or Balrama). Presenting Shesha here carries another symbolic connotation, for the Adishesha is said to hold all the planets of the universe, and its endless coil represents the movement of time. No wonder then, that Bhudevi should be part of this majestic entourage of the world serpent and various other Nagas and Naginis, that are seen praying to the glory of Varaha.

WHAT IS PANCHALOHA BRONZE AND HOW TO TAKE CARE OF IT ?

Bronze is a metal alloy that has the primary composition of Copper and Tin. There is also an addition of other metals such as Manganese, Aluminium, Nickel, and some non-metals such as Phosphorus. This composition of several metals and non-metals makes Bronze an extremely durable and strong metal alloy. It is for this reason that Bronze is extensively used for casting sculptures and statues. Since Bronze has a low melting point, it usually tends to fill in the finest details of a mould and when it cools down, it shrinks a little that makes it easier to separate from the mould.

" If you happen to have a bronze statue, simply use a cotton cloth with some coconut oil or any other natural oil to clean the statue. "

A village named Swamimalai in South India is especially known for exceptionally well-crafted Bronze icons of Hindu Gods and Goddesses. The skilled artisans of this place use Panchaloha Bronze for casting the icons. Panchaloha Bronze is made of five metals; Copper, Zinc, Lead, and small quantities of Gold and Silver. Zinc gives a golden hue to the finished figure and Lead makes the alloy softer for the easy application of a chisel and hammer. The common technique for producing these statues and sculptures is the “Lost-wax” method. Because of the high durability of bronze sculptures and statues, less maintenance is required, and can still last up to many decades.

Exotic India takes great pride in its collection of hand-picked Panchaloha Statues. You will find the murtis of Gods (Krishna, Hanuman, Narasimha, Ganesha, Nataraja, and Kartikeya) and Goddesses (Saraswati, Lakshmi, Durga, and Parvati), and Buddha statues. You can also buy Ritual paraphernalia (Wicks lamp, Puja Kalash, Cymbals, and Puja Flag) on the website. All these statues and items have been made with a lot of care and attention, giving them a flawless finish. Their fine carving detail represents the rich tradition of India.

How are Bronze statues made?

Bronze statues and sculptures are known for their exquisite beauty and the divinity that they emit all around the space. Bronze is considered an excellent metal alloy, composed primarily of copper and tin. Many properties make it suitable for sculpting even the most intricate and complex structures. There was a period in history, known as the "Bronze Age", in which most sculptors preferred to work with Bronze as it was considered the hardest metal. Bronze is especially appreciated for its durability, ductility, and corrosion-resistance properties. India is especially known for its elegant workmanship of skills working with Bronze. The artisans of a town named Swamimalai in South India have been following a tradition of bronze murti making for ages. They use a special material known as Panchaloha bronze to make fascinating icons of Hindu Gods and Goddesses.

All of us are allured by the beauty of bronze statues and sculptures but there goes a tough hand in casting those masterpieces with little or no imperfections. Since it is an extremely elaborate process, a sculptor needs to be highly skilled in making bronze antiques. The most common technique for casting bronze sculptures that has been followed since ancient times is the “Lost-wax” process which involves many steps:

The making of a bronze statue or sculpture starts with preparing a full-sized clay (usually Plasticine) model of the sculpture. This allows the artist to have an idea about the overall shape and form of the desired sculpture before working with bronze, a much more expensive and difficult-to-work-with material. 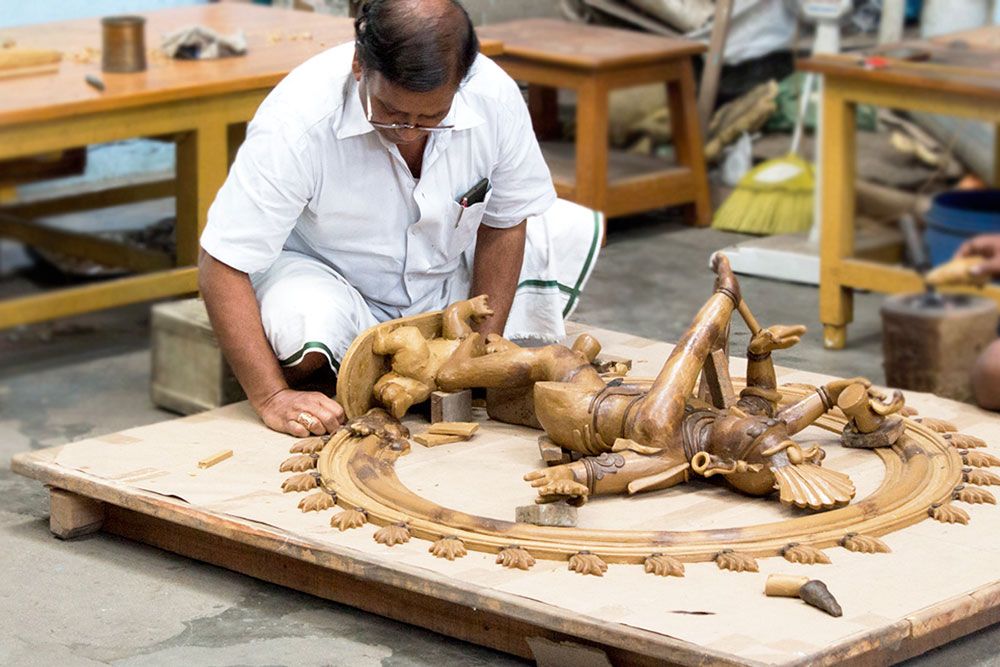 Once the clay model is ready, a mould of the original sculpture is made. This is done by carefully covering the clay model with plaster strips. This step is carried out in such a way that no air bubbles are formed. It takes up to 24 hours for the plaster to dry. Once dried, the plaster is then gently removed from the clay model. The removal happens easily because the inner mould is usually made of materials such as polyurethane rubber or silicone.

In this step, molten bronze or wax is poured or filled into the mould in such a way that it gets even into the finest details. The mould is then turned upside down and left to cool and harden. When the wax has hardened, it is removed from the mould. 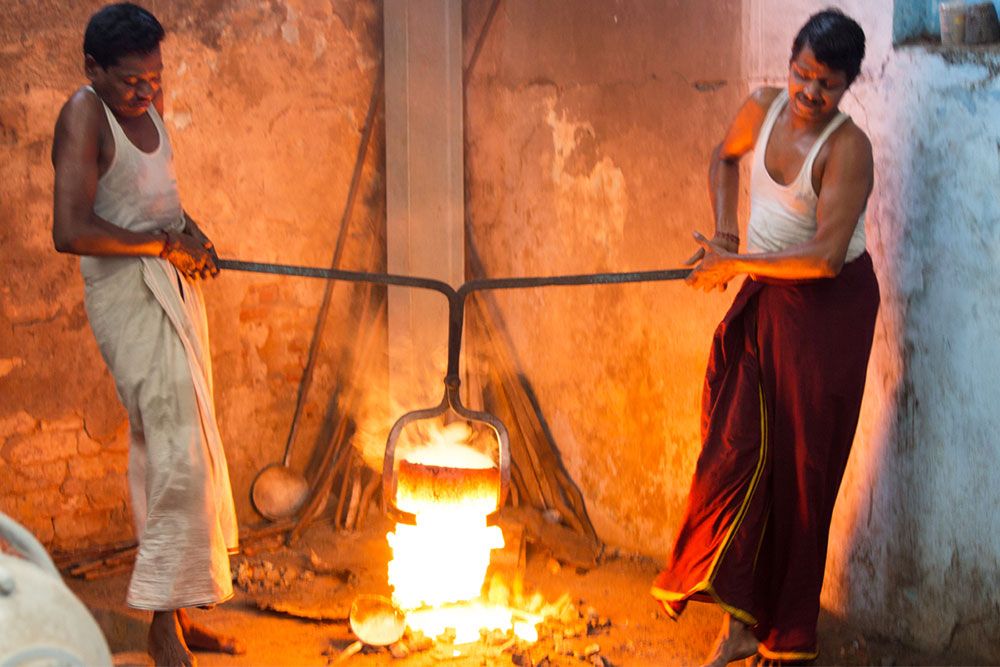 Chasing is the process in which the artist refines the surface of the bronze statue using various tools to achieve fine details. This smoothens the surface and gives the statue a finished look. If some parts of the statue were moulded separately, they are now heated and attached. 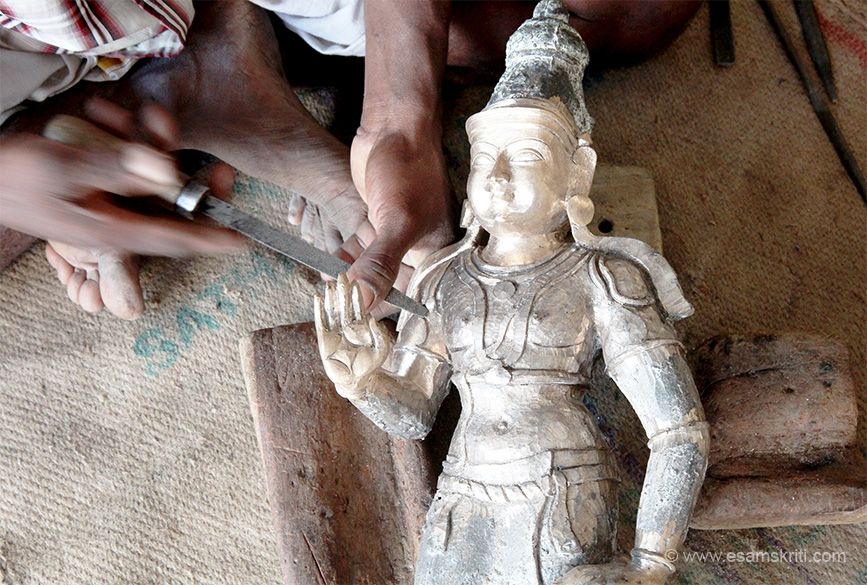 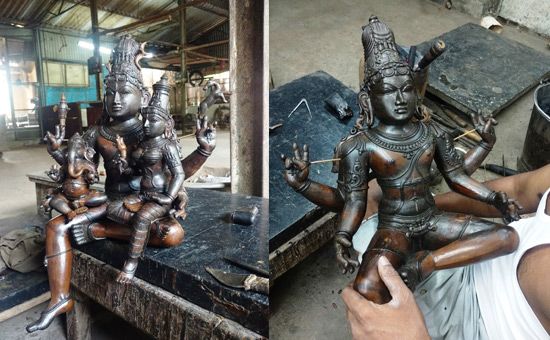 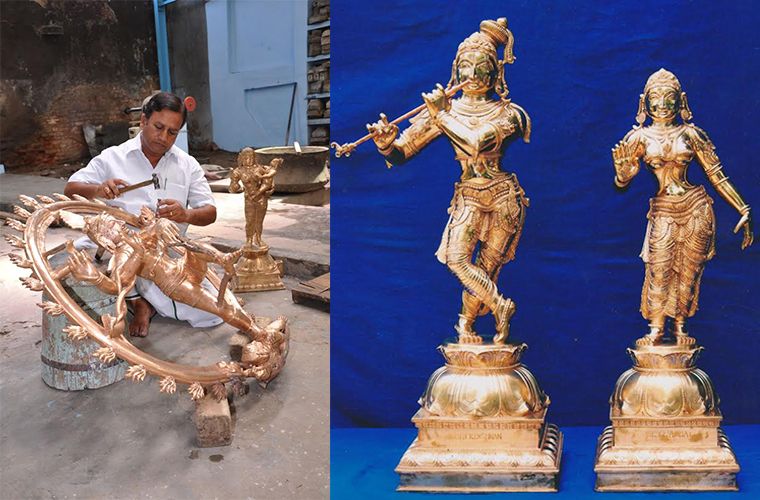 Bronze sculptures are known for their unique look or sheen on the surface. This may take several years to achieve naturally. Applying patina to bronze sculptures is an important step to make them appear attractive. 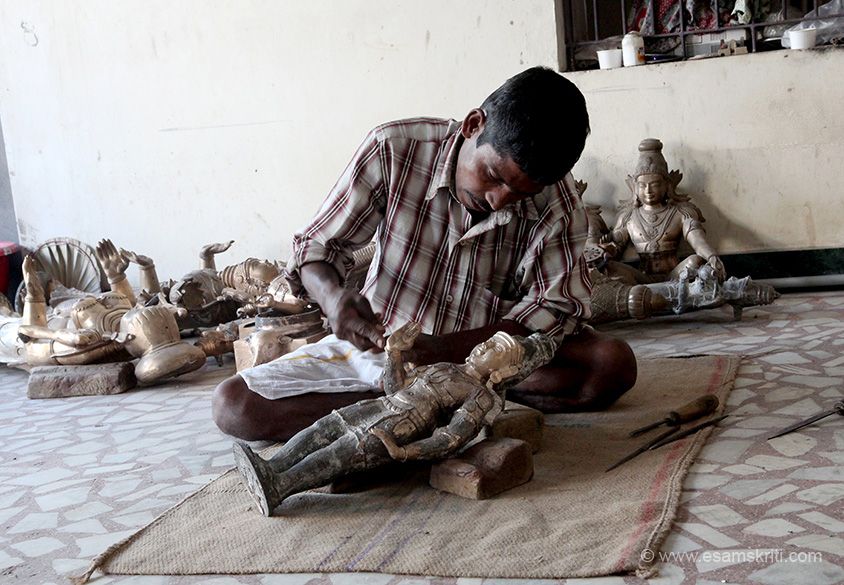 Working with clay, plaster mould, and molten wax can be messy and therefore sculptors wear old clothes and remain careful. The entire process of making a bronze statue takes several months to complete. Bronze sculptures last for many centuries because of the high durability of the material. Many centuries down the line, these sculptures continue to be appreciated for their majestic beauty.
Product FAQs 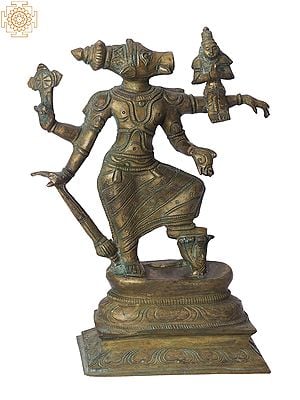 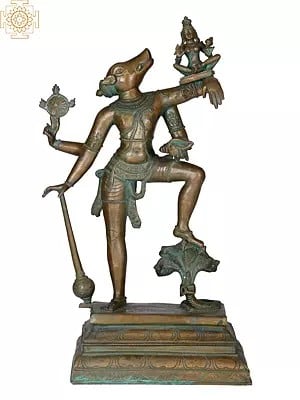 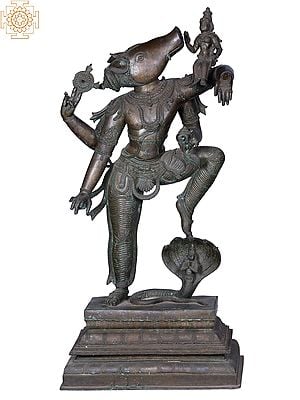 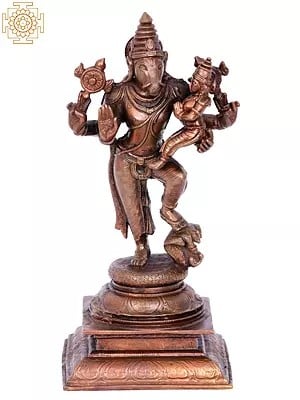 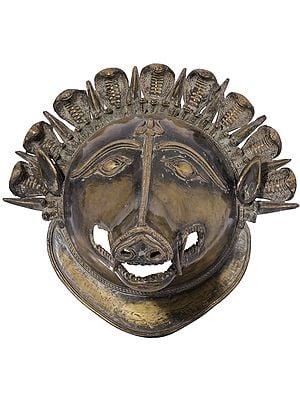 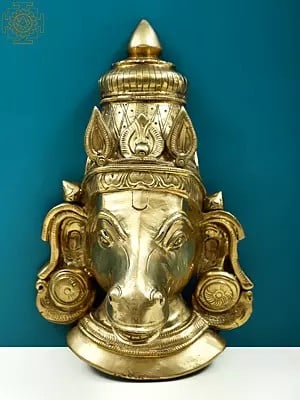 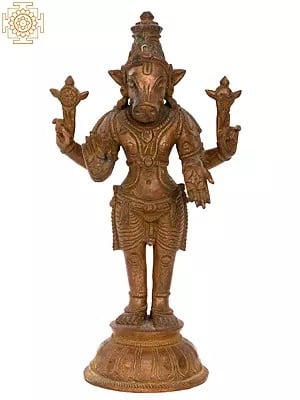 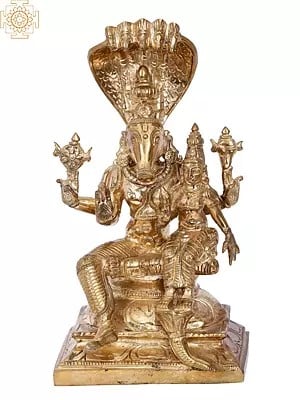 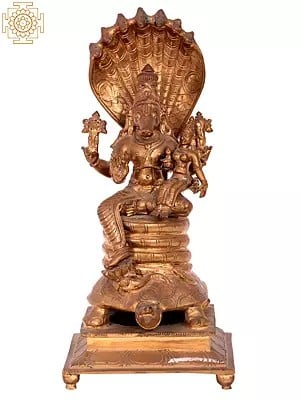