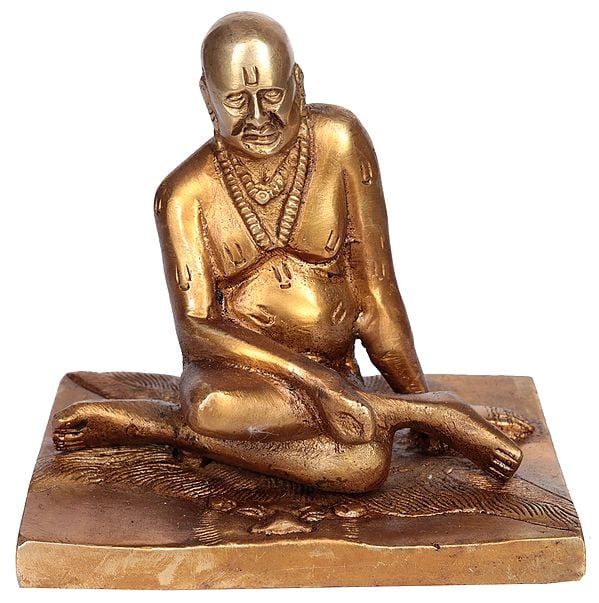 4" Shri Swami Samarth In Brass | Handmade | Made In India

Best Seller
FREE Delivery
$85
Shri Swami Samarth of Akkalkot is considered by many to be the incarnation of the fifteenth-century Lord Dattareya. He was born to a pious Brahmin couple and chanted only the Om syllable till his upanayana (sacred thread ceremony), after which he began to speak proficiently on the Vedas themselves. Having travelled the length and breadth of the subcontinent and interacted with both ascetics and royalty, he took to the Kardali forests for the tapasya he was destined for (penance). He is said to have remained there for more than a century, then travelled across Southeast Asia as a spiritual saviour to the peoples of the land. This sculpture of the widely venerated Indian guru depicts him in all his meditative pensiveness.
Quantity
Ships in 1-3 days
Notify me when this item is available
Add a review
Have A Question