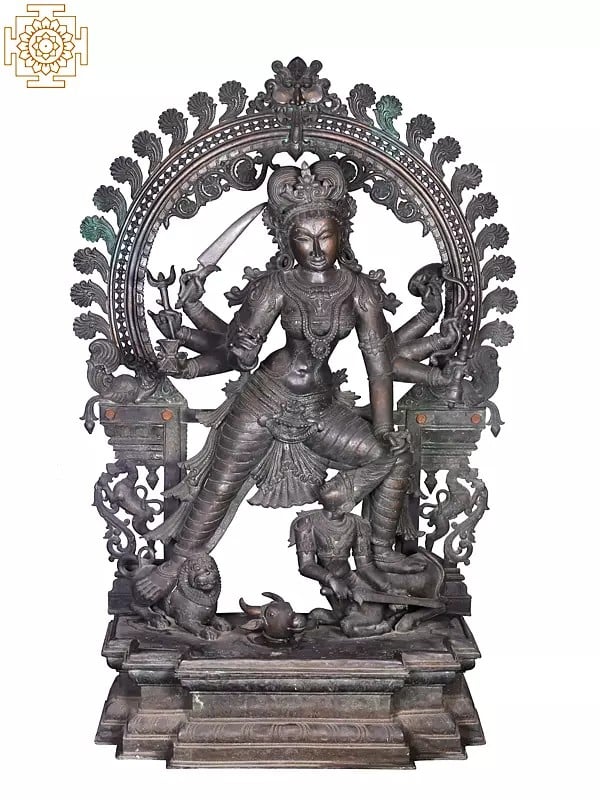 With the asura (demon) Mahishasuar's buffalo cut-off head lying beneath her and her foot on top of the lion who serves as her vahan (vehicle), Mother Goddess Durga stands triumphant in all her glory, cast in bronze by devoted hands. When the wax of the mold pours out—lending the name of lost wax to this art form—what remains here is Goddess Durga caught in the moments where she slays Mahishasura, earning her the title of Mahishasura Mardini.

After he was given the boon that no man could kill him, Mahishasura used his deceit of being able to shapeshift into a buffalo to his advantage in the perpetual war against the devas (gods). The devas and asuras fought relentlessly but the devas had been pushed to their extreme limits by Mahishasura. When they were no longer sure of winning the war, they gathered together and created Durga from their combined energies. Being a woman and a physical embodiment of Shakti,  the boon given to Mahishasura was rendered irrelevant in her presence. As seen in this idol, she carried an array of weapons as she charged towards the demon, fierce and valiant. She was successful in defeating Mahishasura, saving the devas from his torment. 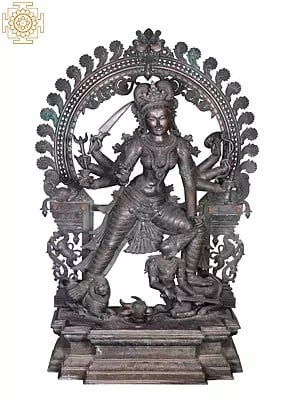 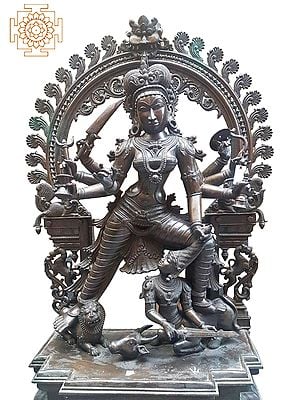 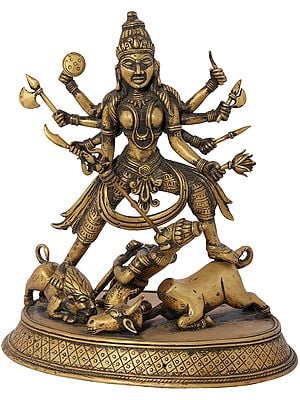