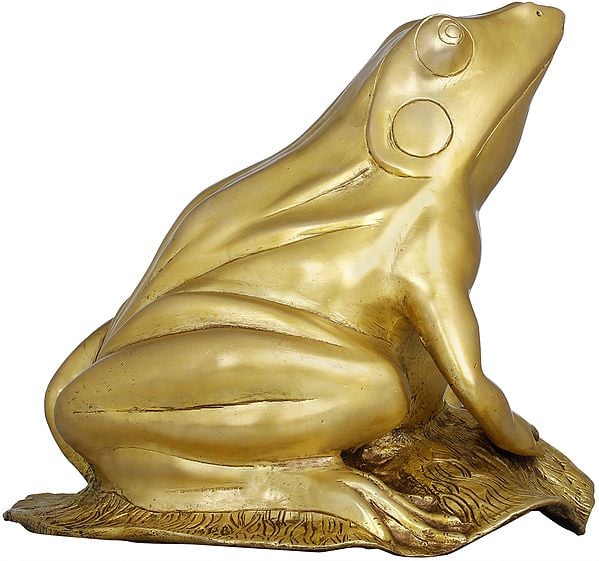 8" Feng Shui Frog In Brass | Handmade | Made In India

Feng Shui is one of the most popularly used practice that believes on the assumption that the world is driven by some unseen forces and our major aim is to unblock its way to create a perfectly balanced life. Feng Shui Frog shown here also referred as Chan Chu or Jin Chan is symbolic as the Money Frog who is said to attract wealth in abundance. This mythological creature is sculpted in extreme fineness with the lines connecting together to form this mesmerizing piece of art; it is believed to have exceptional powers to ward off evil spirits and attract wealth.

As per the Chinese Folklore, the wife of one of the immortal legends was greedy and craved riches, she stole the elixir of immortality and drank it, so as a punishment she was turned into a frog with the tail of a tadpole. This Feng Shui creature is opined to be greedy and money actually sticks to it wherever it travels, hence placing it in your home or office makes you a wealthy person as that sticked money comes to you.

In Ancient Chinese practices of Feng Shui, one area of your home is considered the energetic centre of money or wealth, which is said to be the luckiest place for conducting business or managing household finances; placing a Feng Shui Frog on such an area yields out the best effects and results.