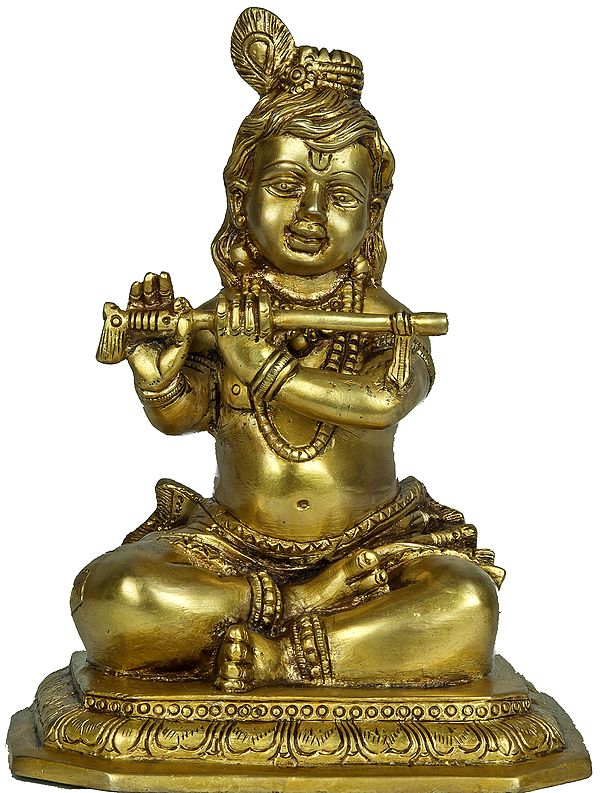 Best Seller
FREE Delivery
Only 1 available
$138
Ships in 1-3 days
Notify me when this item is available
This delightful statue has the charming Krishna about to play on His flute. He has been visualized here by the sculptor as a chubby child with innocence writ large on the face. The peacock feather crowning His long and curly hair speaks of His playful adventures with his friends in the forest. In the process of playing out the flute, Krishna holds it aloft in front of His face with His two arms, with its tassels falling on to His left elbow.

He has a protruding stomach with a prominent navel and thick, healthy legs, a result perhaps of His feasting on loads of butter, most of it stolen from the milk-maidens of the town of Vrindavan. Actually what Lord Krishna stole was not merely the gopis’ butter, but their hearts, softened to a butter-like quality by viewing His adorable and childish antics.

This sculpture was created in the city of Aligarh, not far from the holy town of Vrindavan.