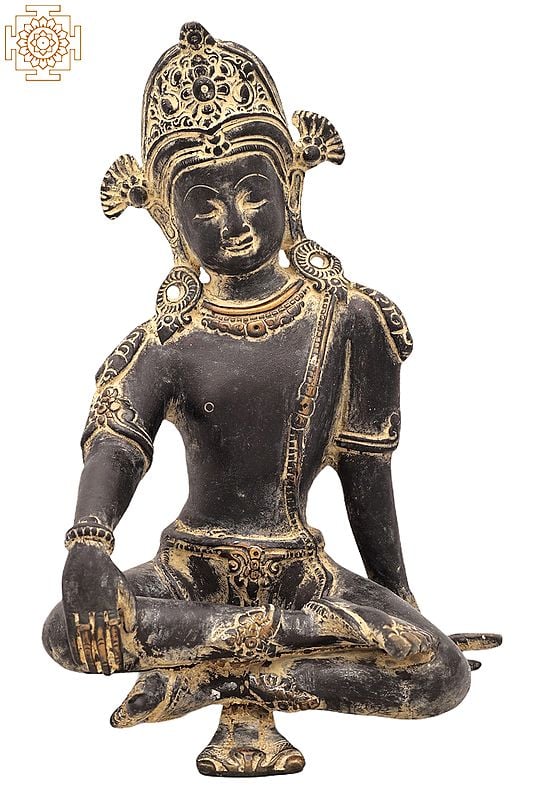 9" Seated Indra, A Vedic Deity in Brass | Handmade | Made In India

Indra is one of the most powerful of all gods in the Vedic Pantheon. In Nepal, a huge festival is still celebrated in his adoration, known as Indra jatra, during the celebrations of which numerous icons of the deity are carried out in processions. This sculpture depicts the god in a manner that is typically Nepalese.