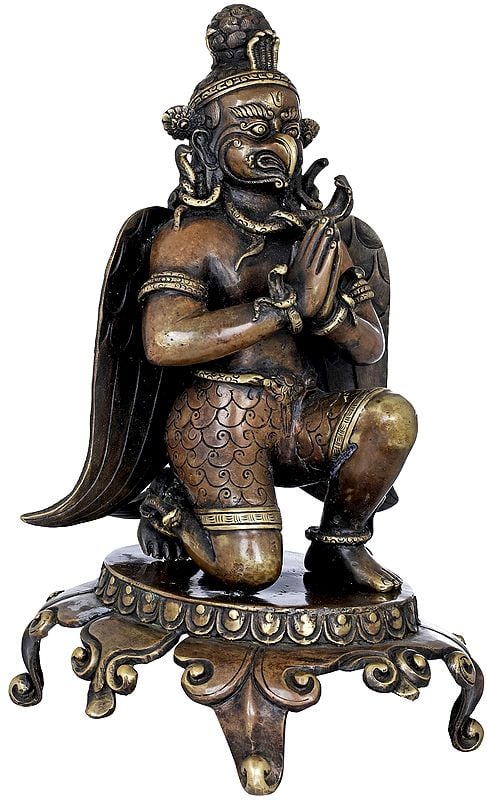 The Garuda on Pedestal - Made in Nepal

As per Hindu mythology, Garuda is a bird creature, having a mix of eagle and human features. He is the vahana (vehicle) of Lord Vishnu and can often be seen in Vishnu’s temples. He is the enemy of snakes and represents birth and heaven. He can be seen with a torso and arms of a man and wings and beak of a vulture.

He sits on a uniquely sculpted circular stool, with left leg bent and right knee touching the base. Both his hands are joined in an anjali (Namaste) Mudra stating that he seeks blessings from his god, Vishnu, and obeys to what he says and asks for. The serpents wrapped around his neck symbolize his effective control and victory over them. An expression of anger and fear for others is clearly evident on his face with wide open round eyes and strangely patterned eyebrows with vertical lines; vaishnava tilak on forehead and a pointed bird like nose form a major part of his body. He is shown with two strong and powerful wings resting on his back and chiseled very beautifully with a circular pattern at the top and leaf like design below it; wears a phenominal looking attire, hair are depicted very distinctively like that of waves and assembled at the top in a circular manner. He wears a tiara like crown with a snake head in the centre as an accessory. 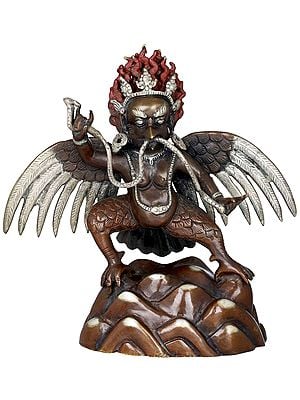 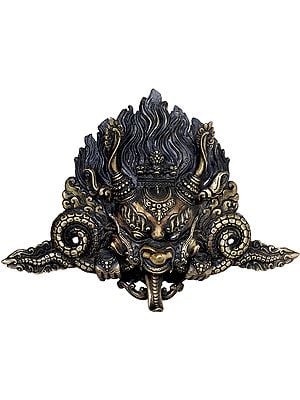 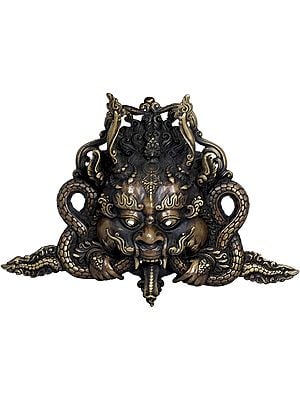 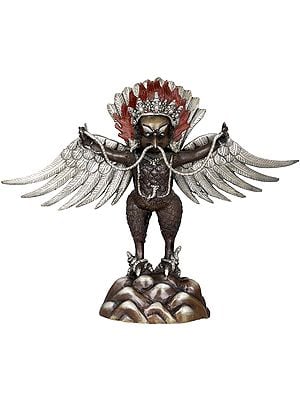 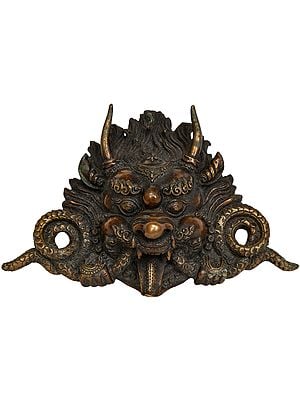 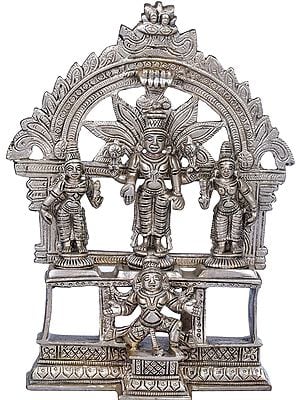 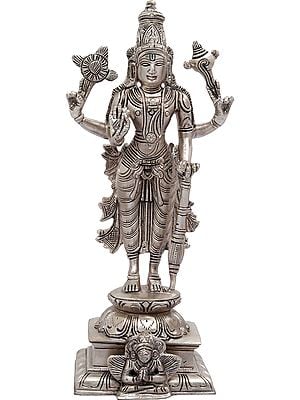 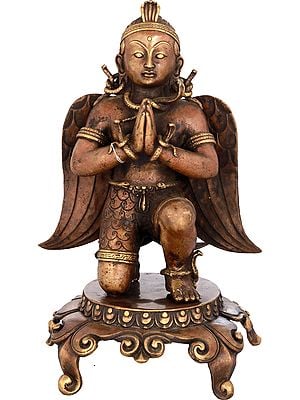 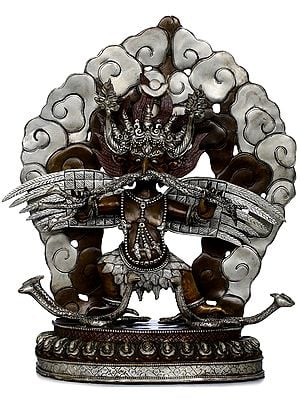 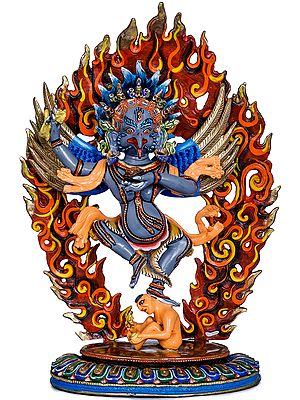 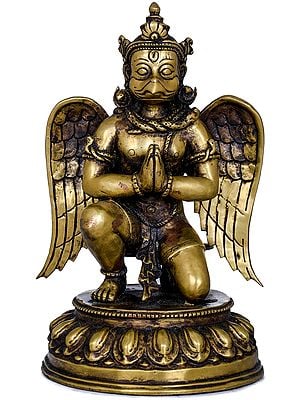 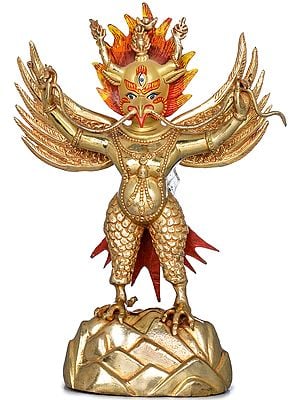 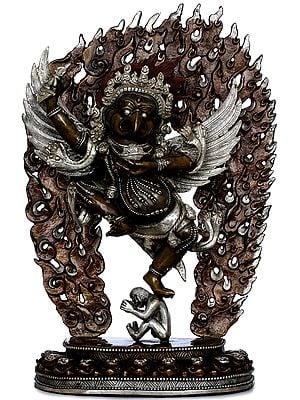 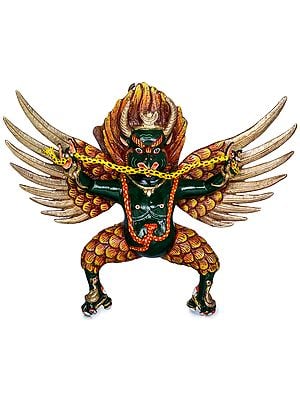 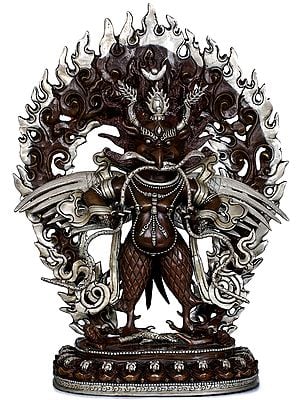