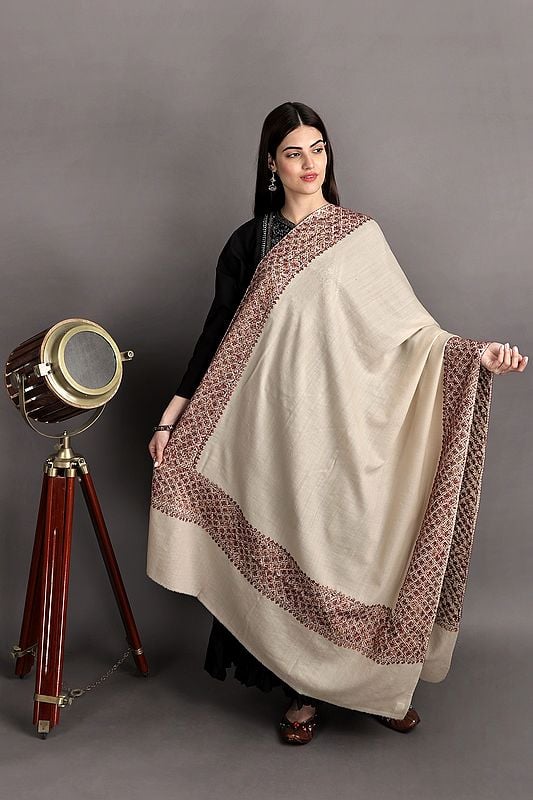 Coming from the Kashmir Valley, Sozni embroidery is one such art form practiced by the Kashmiri craftsmen since 500 years ago. The well-preserved art form by the weavers has played a major role in the representation of India’s textile industry globally. In the case of a home-based workshop (called Karkhanas), the sozni embroidery takes place by a group of men and women. Starting from preparing the design on tracing paper and ending with the embroidery done on the shawl, there is a whole process involved in getting that embroidery on the fabric. Tusha stole being accompanied by sozni embroidery is no less than making of heritage in itself. There are abstract motifs that are embroidered on the shawl such as almond (commonly known as paisley) to motifs that are inspired by the nature (example-Marigold, parrot, peacock) in a unique manner where you would not be able to convince yourself to not buy it. We, at Exotic India, have in store for you all a white-colored tusha stole from Kashmir with unfathomably magnificent sozni embroidery on it. Delicately hand-woven borders made in a geometrical manner are available in red and multi-color which can simply be paired up with any of your outfits because of their versatile nature. Once you drape the stole around yourself, we are certain that you wouldn’t be able to get enough of it for how regal and appealing it looks to the eyes. Being made of pure wool, this tusha shawl is no less than an accessory every woman wants to own. The pictures attached are mere a visual representation of where the stole is outshining, just imagine how it would feel to have it in your hands and get to feel its warmth. 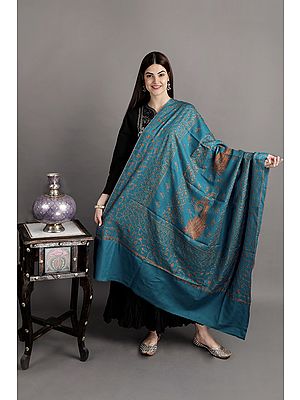 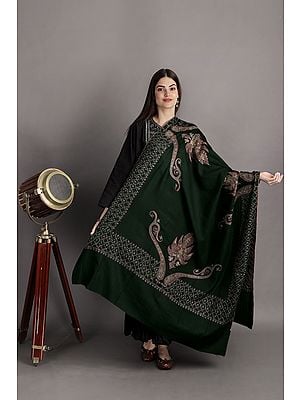 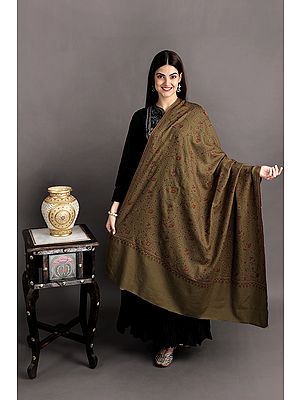 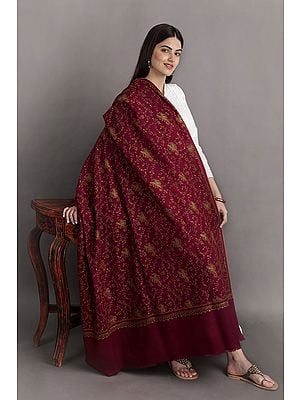 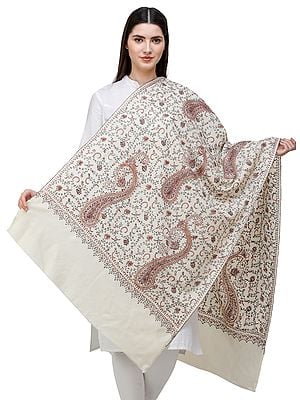 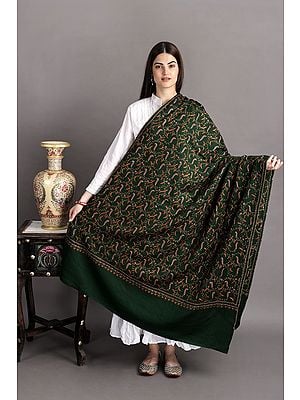 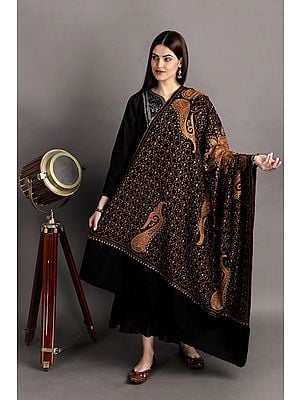 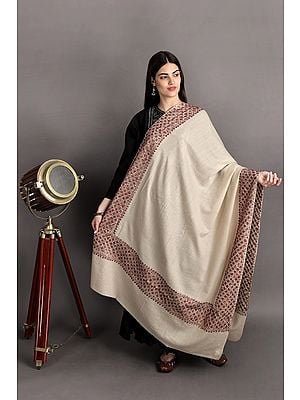 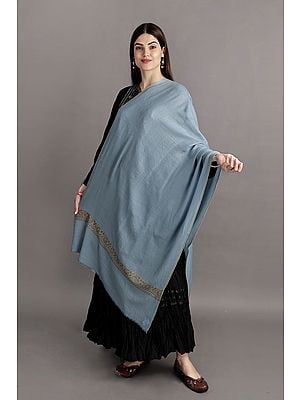 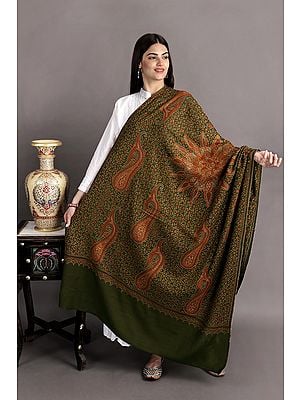 Kashmiri Tusha Shawl with Sozni Hand-Embroidered Giant Mandala and Paisleys
6.5 ft x 3.4 ft
$285
Out of Stock
Add a review
Have A Question