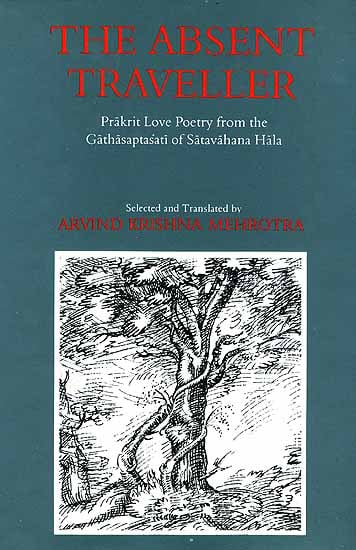 The Gathasaptasati is one of the earliest surviving anthologies of Indian poetry. Reputed to have been compiled by the Satavahana king, Hala, in the second century A. D., it is a celebrated collection of 700 verses in Maharashtri Prakrit and composed in the compact, distilled gatha form, the anthology has attracted several learned commentaries and been widely translated and now, through The Absent Traveller, readers of English will at last have access to translations that capture the splendour and subtlety of Gathasaptasati. The Absent Traveller contains translations by Arivind Krishna Mehrotra of 207 verses from the anthology. Commenting on the translations, A. K. Ramanuja observed: 'They read beautifully. The translations are witty, terse, spare, memorable. At last the Gathasaptasati ahs found a translator.'

Together with the poems in English, the Absent Traveller reproduces the Prakrit text (in the Devanagri script) of each verse translated, with the Prakrit appearing above the relevant translation. Readers will thus be able to relish the poems in both languages if quipped to do so. The volume also contains an elegant and stimulating Translator's Note and incisive comments by the translator on some of the poems; and Martha Ann Selby of the University of Chicago has provided an Afterword which, in a mere eleven pages, provides an admirable introduction to Prakrit literature in general and the Gathasaptasati in particular.

As reader we sometimes feel possessive about certain authors. They are our discoveries, and write only for us. When the whole world comes to know of them, the magic of their pages is destroyed and we feel robbed. With books like the Gathasaptasati the opposite is true. Instead of keeping their charms, their pleasures, to ourselves, we wish to tell others about them, and the more we tell the less exhaustible they seem. To translate such a book, then, is to share the excitement of reading.

If putting a book together is a slow, deliberate process, its beginning is often the effect of fortuity. These translations from the Prakrit might never have been made had Arun Kolatkar not introduced me to the Gathasaptasati one afternoon in Bombay fifteen years ago. Listening to his impromptu englishings of a few poems, I wanted to read them myself, but being ignorant of Sanskrit, German, and Marathi, the three languages in which the best editions of the Gathasaptasati are to be found, there was no way I could. If I have done so now, Hindi and English trots, several dictionaries, and a patient tutor have played no inconsiderable part.

The Gathasaptasati, one of the earliest anthologies of Indian poetry to have survived, was compiled by a Satavahana king, perhaps Hala, around the second century A. D. it is fair to assume, however, that some of its verses go back to an even earlier period, for the legendary king drew on an oral tradition that belonged to the megalithic culture of the Deccan in the first millennium B.C. Unlike later Sanskrit subhasita-samgraha-s, which mostly dropped out of sight for several centuries before turning up again in out of the way places (the manuscript barn), this one has seldom left the educated public's consciousness.

Metaphors take longer than a few centuries to fade if they fade at all, and Kalidasa and the classical Tamil poets of the Eight Anthologies drew on Prakrit conventions and relocated them in their own literature. Afterwards, works of aesthetics, poetics, and grammar would quote the Gathasaptasati's verses; its situations would be taken over by lesser writers who were, in limitation, composing their own Saptasati-s till as recently as the eighteenth century; it attracted more than a dozen commentaries; and it was translated; it attracted into the major Indian languages, and into German and Persian. For 2000 years these schoolmen, poets, connoisseurs, and scribes kept alive a poetic and bare human experience with depth of understanding. 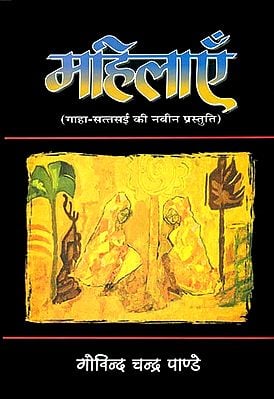 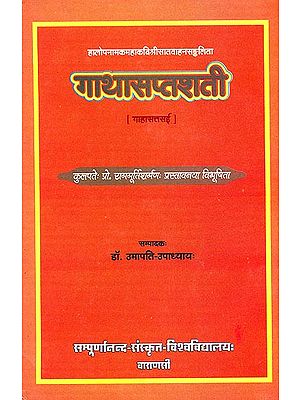 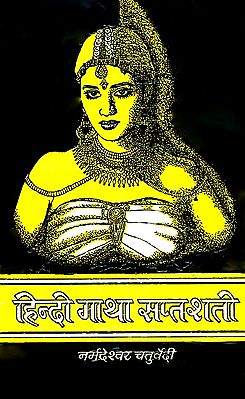 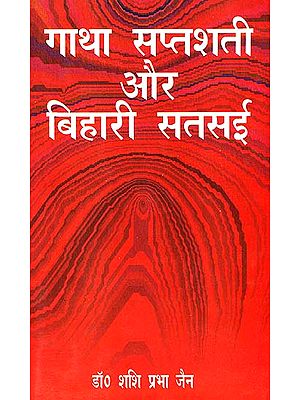 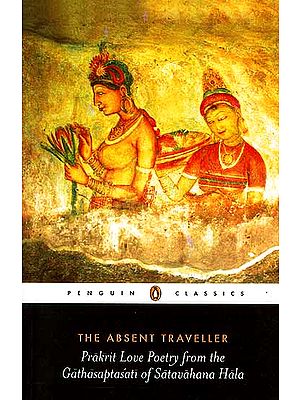 The Absent Traveller: Prakrit Love Poetry from the Gathasaptasati of Satavahana Hala
By Arvind Krishna Mehrotra
$16
Sold Out 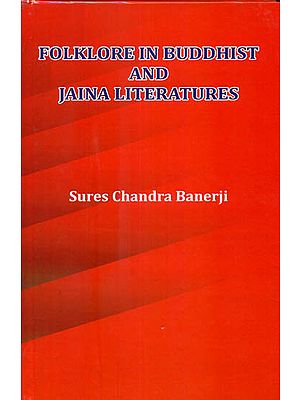 Folklore in Buddhist and Jaina Literatures
By Sures Chandra Banerji
$24.80
FREE Delivery
$31  (20% off)

Where the Buddha Walked: A Companion to the Buddhist Places of India
By Rana P.B. Singh
$31
FREE Delivery
Book FAQs
Add a review
Have A Question