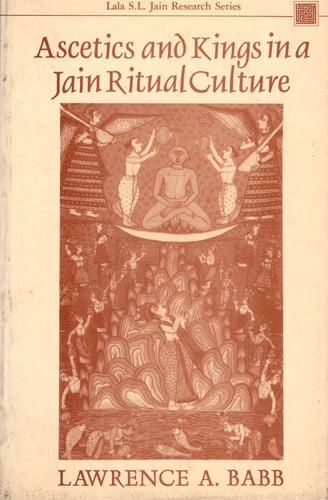 What does it mean to worship beings that one believes are completely indifferent to, and entirely beyond the reach of, any form of worship whatsoever? What are the implications of such a relationship with sacred beings for the religious life of a community? These turn out to be questions that can be investigated and answered, for a very close approximation of such a state of affairs can be found in the South Asian religious traditions known collectively in English as Jainism. This book is an exploration of one of Jainism's several branches from the standpoint of the interactions-real, putative, or lacking altogether-between human beings and the sacred entities with which they attempt to build ritual relationships.

The book deals with these issues at two levels. Most of the book is a consideration of a specific Jain tradition on its own terms. As readers will come to see, to worship entities such as those worshiped by the Jains is to possess a very specific understanding of the nature and meaning of ritual. My goal is to characterize this understanding and to trace its implications for other areas of Jain religious life. My readers will, I hope, come to see that divine "absence" can be as rich as divine "presence" in its possibilities for informing a religious response to the cosmos. At the same time, however, Jain traditions exist as part of a wider South Asian religious universe. At the end of the book I place Jain traditions in a broader context by showing how they relate to ritual pat-terns found in other Indic traditions.

Jainism is Buddhism's lesser-known cousin; although their belief systems are in some ways radically different, they are together the only surviving examples of India's ancient non-Vedic religious traditions. Jainism is above all, and justly, celebrated for its systematic practice of nonviolence (ahirnsa) and for the rigor of the asceticism it promotes. Jainism is sometimes said to have been founded by Mahavira in the sixth century B.C.E. In reality, however, Jain traditions are much older than this, dating back in all probability to the teachings of Pargvanath, who lived in the ninth century B.C.E. Unlike Buddhism, Jainism never (until quite recently) spread beyond India; but also unlike Buddhism, it did not die out in India, and it continues to be an important element in India's contemporary religious life. Although the Jains are relatively few (currently they probably number around four million), many among them enjoy positions of great power and influence in modern Indian society. In northern India the Jains are concentrated mainly in Gujarat, Madhya Pradesh, and Rajasthan; farther south they are found mainly in Maharashtra and Karnataka. Jains, however, live everywhere in India, and significant numbers of Jains also live in Europe and North America.

Jains have a strong and conspicuous religious identity in India. Their monks and nuns are frequently seen in India's urban centers, and are readily identifiable as Jain mendicants. The rigor of both monastic and lay Jain ascetic praxis is widely known and admired. This asceticism is manifested in many ways, but emblematic of its uncompromising se-verity-in the public eye and in reality-is the fact that death by self-starvation (sallekhana) is enshrined as one of Jainism's highest ideals. Jains are also widely known to place great emphasis on the principle of nonviolence. For non-Jain observers this is dramatized by the brooms carried by Jain mendicants for the purpose of removing small forms of life before sitting or lying down, and by the practice of some Jain mendicants of donning masks to prevent the wearer's breath from harming microscopic forms of life in the atmosphere. The commitment to non-violence is also publicly manifested in the generous support lay Jains give to animal welfare organizations and to organizations promoting vegetarianism. Few visitors to Delhi fail to notice the Jain Birds' Hospital, conspicuously located at Chandni Chowk in one of the busiest con-courses of the city. 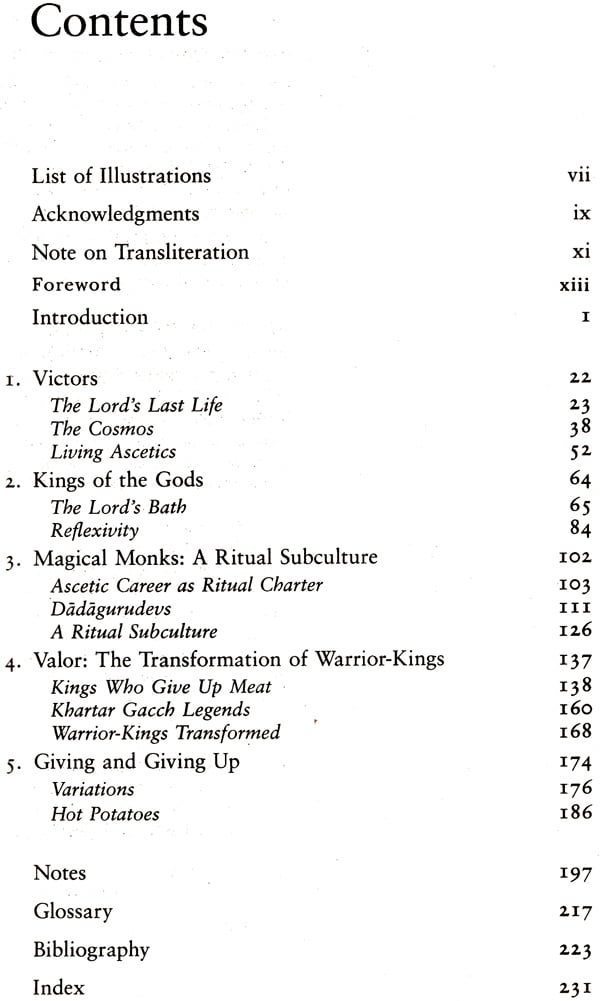 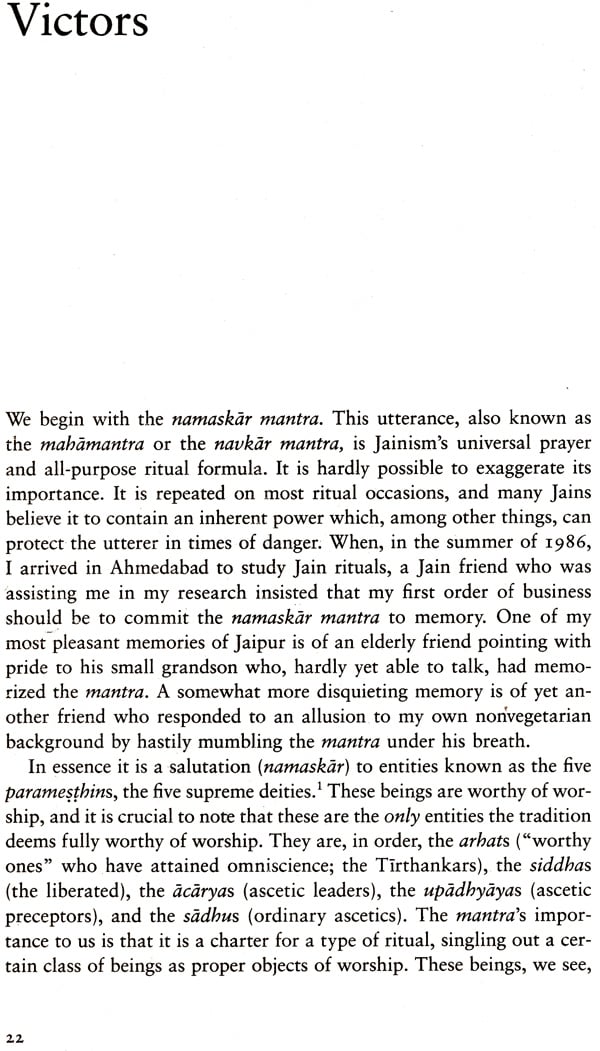 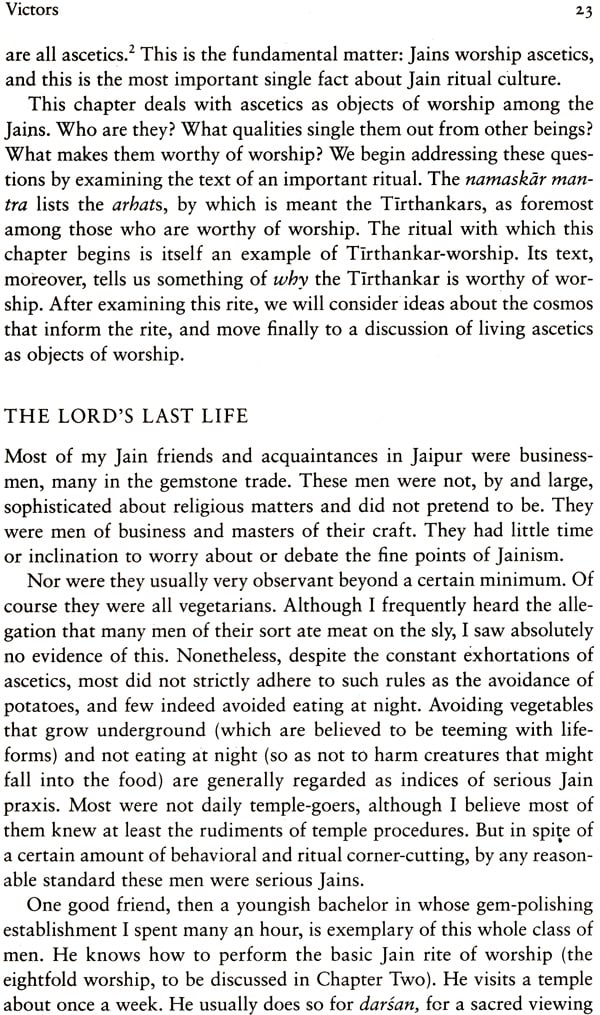 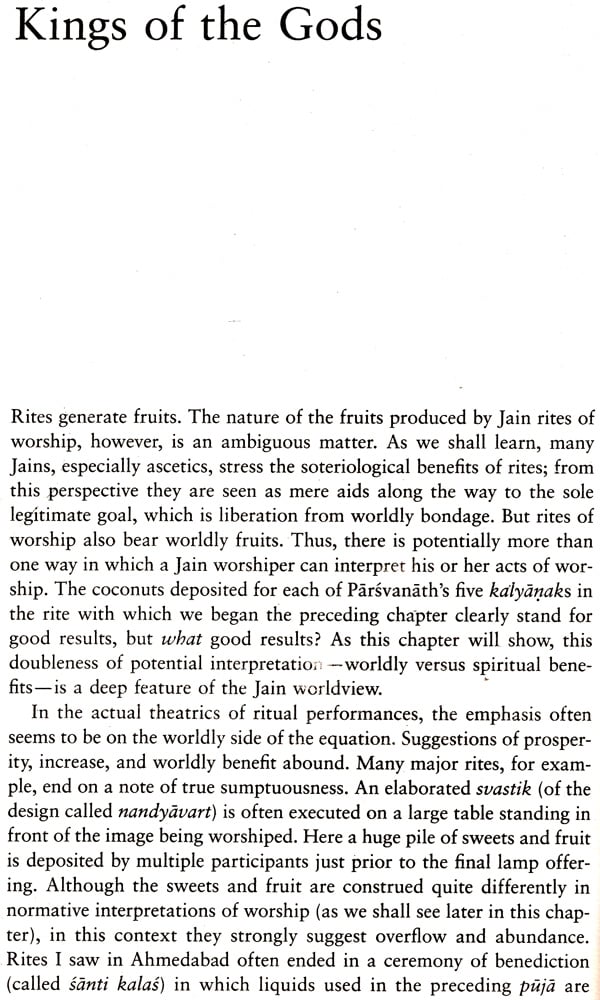 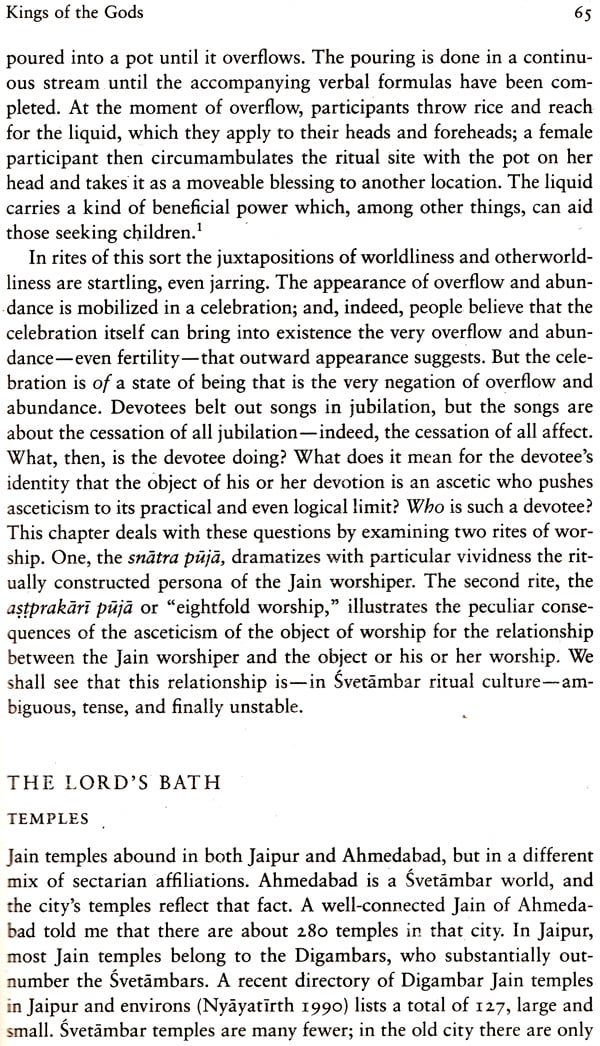 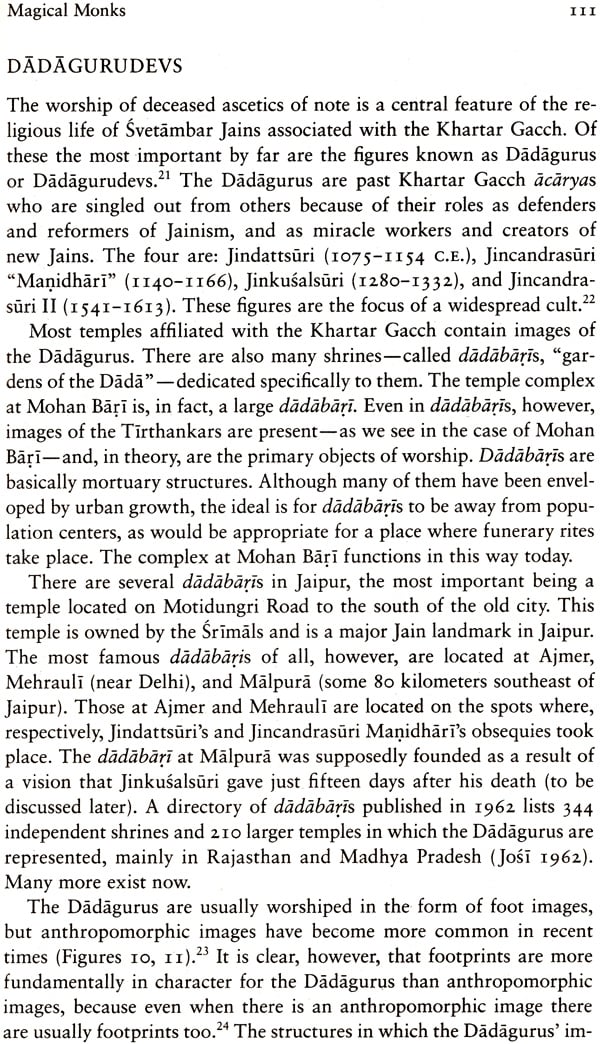 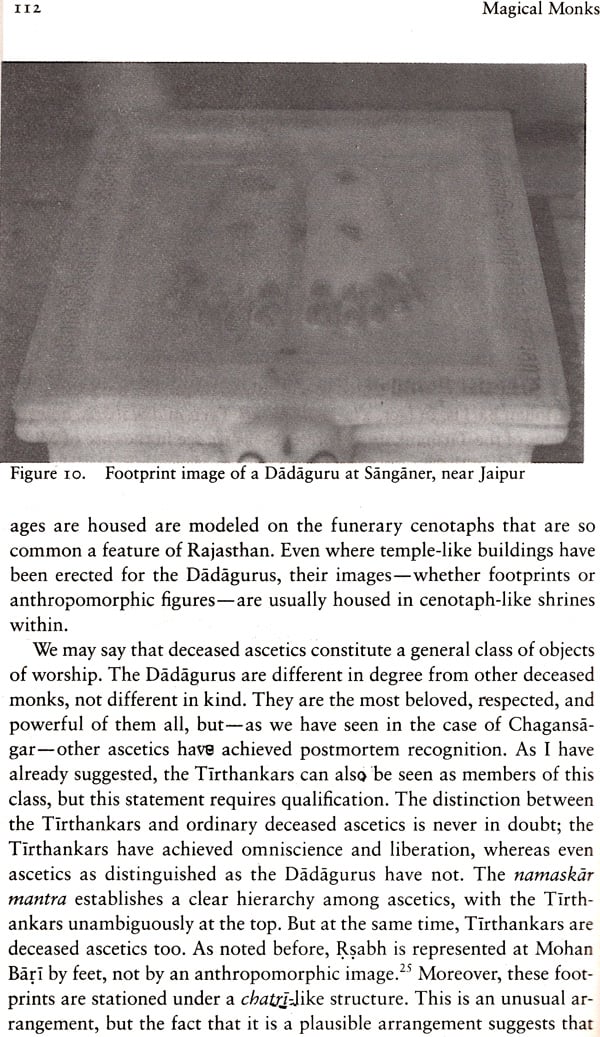 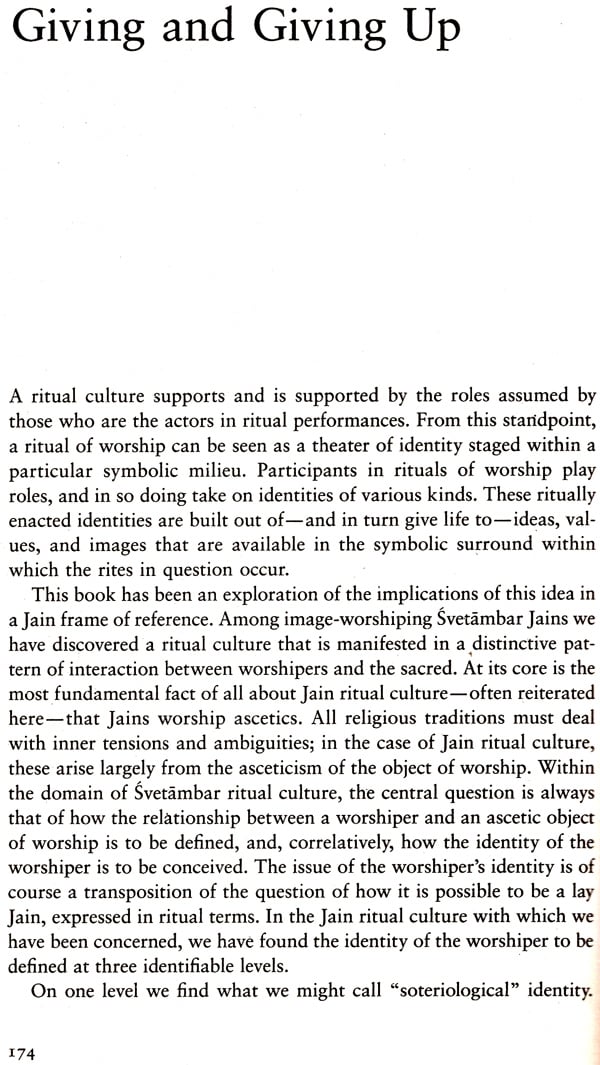 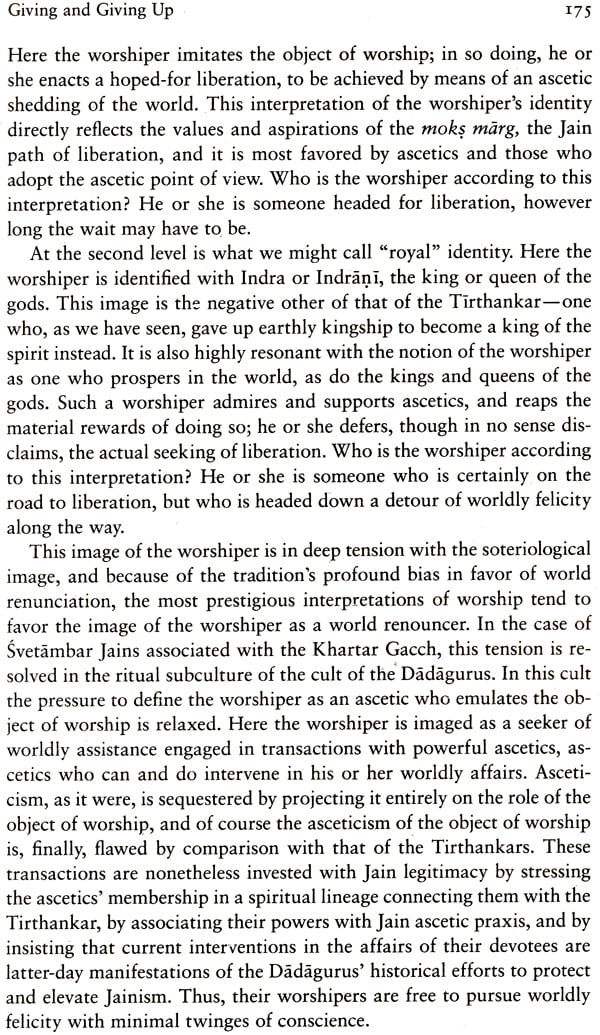 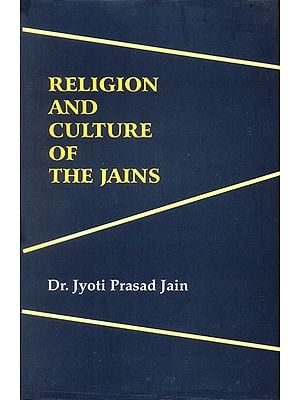 Religion and Culture of The Jains
By Dr. Jyoti Prasad Jain
$26
FREE Delivery

Ayodhya: The Abode of Rama And The Dharmaksetra of Lord Buddha and the Jain Tirthankaras (A Historical and Cultual Study)
By Lalta Prasad Pandey
$31
FREE Delivery 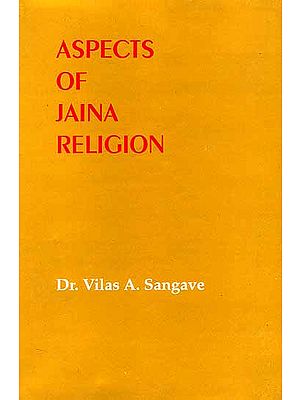 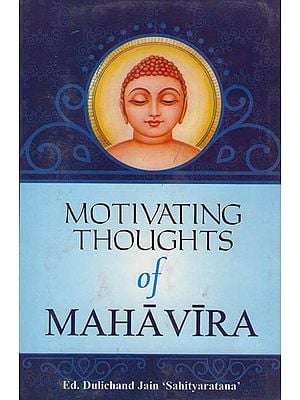 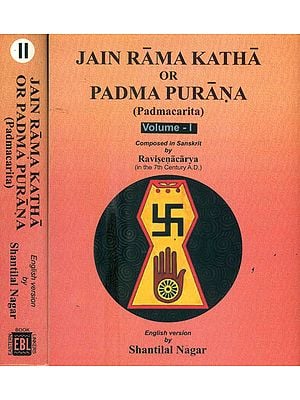